Risk-on has taken over the financial sphere these last couple of days, on encouraging news coming from the two big turmoil fronts, Brexit and the trade war between the US and China. The EUR/USD pair has advanced for a second consecutive week, recovering the 1.1000 threshold and rallying to 1.1062, on hopes both ships will reach good port.

Light at the end of the tunnel?

Market players ignored macroeconomic data that kept signalling an economic slowdown in the EU. Clearly, a resolution on the two mentioned issues will significantly lift odds for the situation to reverse. According to the latest headlines, EU’s chief  Brexit negotiator, Michel Barnier,  got the green light from the EU27 fro there to be negotiations with the UK, in an attempt to get to a deal before the current October 31st deadline for the UK to leave the EU.

Meanwhile, and after returning to the negotiation table Thursday, US President Trump stated that trade talks with Chinese representatives “went very well” in day one. More talks are expected late Friday. Could happen that big headlines surge post-market’s close. Also, it seems unlikely a full agreement will be announced these days, but positive developments and partial arrangements could keep the markets in risk-appetite mode. The contrary, could also happen and result in safe-haven assets gapping higher at the weekly opening.

The US Federal Reserve released the Minutes of its latest meeting mid-last week, but the statement failed to impress as it repeated well-known messages and lacked clues about what’s next in monetary policy.

If the US and China will put an end to their dispute is unclear. Same goes for Brexit. Yet as long as the market remains confident, the ongoing trend will continue, with the warning that, given ECB’s latest decision, demand for the shared currency remains subdued.

The upcoming week with start in slow-motion from the fundamental point of view, as the US, Canada and Japan will celebrate local holidays. Action in that front will be limited, which will maintain the political jitters in the spotlight.

Anyway, Germany will release the October ZEW Survey next Tuesday, with Economic Sentiment seen deteriorating further in the country and the EU. The EU will release September final inflation figures, seen unchanged from the preliminary estimates, while the US will unveil Wednesday, September Retail Sales.

The EUR/USD pair’s bounce from fresh 2-year lows seems poised to extend in the upcoming days, but an interim bottom has not yet been confirmed. Considering the latest monthly slump, measured from June’s top at 1.1411, the pair remains below the 38.2% retracement at 1.1080. Chances of a more sustainable recovery would increase if the pair manages to advance beyond this last. At the same time, the pair has broken above a daily descendant trend line coming from the mentioned high, and as long as it holds above it, the rally may well continue.

In the weekly chart, the bearish case is firmly in place as technical indicators have recovered within negative levels, while the price remains far below all of its moving averages, with the 20 SMA retaining its bearish slope below the larger ones, and converging with the 50% retracement of the mentioned decline at 1.1140.

In the daily chart, however, the pair has rallied above its 20 DMA for the first time since early September but holds below bearish larger moving averages. The 100 DMA converges with the mentioned 50% retracement of the monthly decline, reinforcing the relevance of the 1.1140 region as resistance. Technical indicators head firmly higher within positive ground, further supporting additional gains ahead.

The 1.1000 figure is the immediate support and where the pair would lose the bullish bias, and return to the lower band of 1.0900. 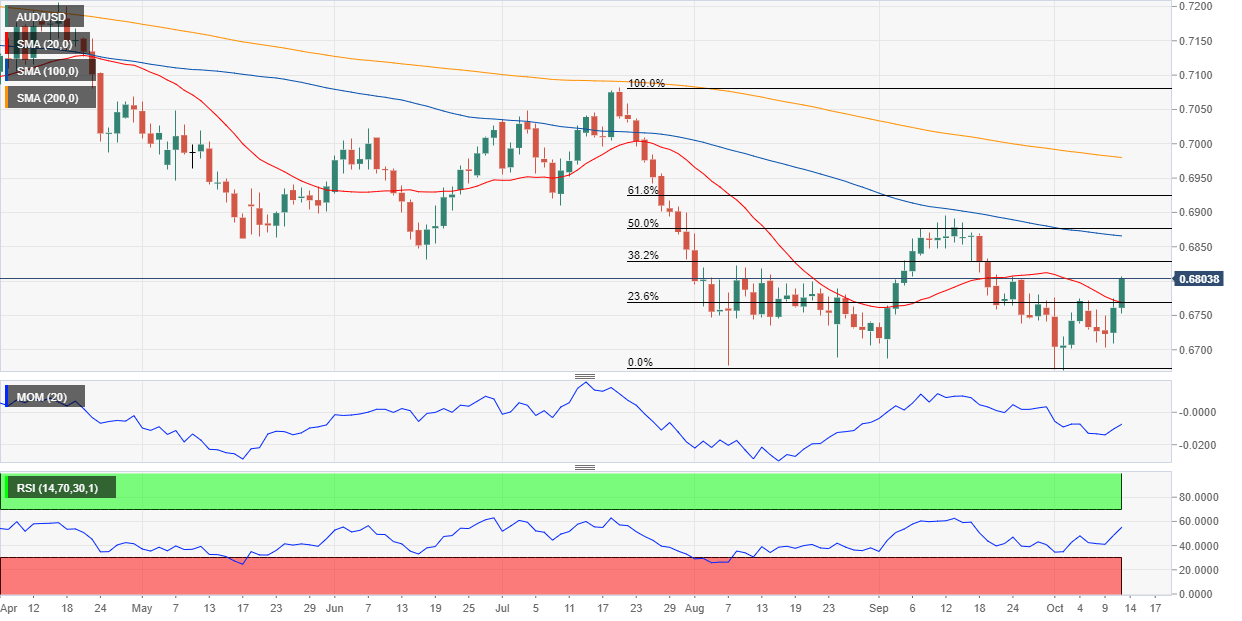 The FXStreet Forecast Poll supports the technical perspective, at least short-term, as in the weekly outlook, the pair is seen up by 75% of the polled experts, heading toward an average target of 1.1065. Bears take over in the monthly and quarterly perspectives, with the pair seen then below the 1.1000 figure.