Forex trading is never a one-way street – but the trend is a friend. EUR/USD has been moving higher in response to Friday's somewhat mixed US Nonfarm Payrolls report, but the general trend is to the downside – and has even received fresh reasons to support the move.

As previewed, the NFP served as a trigger to undo dollar longs ahead of the long Independence Day weekend. Average Hourly Earnings rose by 0.3% MoM and 3.6% YoY, relatively moderate levels which show inflationary pressures remain somewhat tame. The Federal Reserve is unlikely to be in a rush to taper down its bond-buying scheme without persistent price pressures.

That was Friday and now it is time for a rethink. Headline Nonfarm Payrolls rose by 850,000, better than expected and bringing the Fed closer to declaring that "substantial further progress" has been made. As explained, there is nothing in the labor figures to derail the Fed from announcing it would print fewer greenbacks.

In the old continent, Markit's final Services Purchasing Managers' Indexes for June are on the agenda, but these forward-looking gauges could already be old news – the rapid spread of coronavirus is of worry. The contagious Delta covid variant is making its way through Europe after making its way through the UK. It could derail the reopening.

While existing vaccines work against Delta, the efficacy is weaker and fewer people are immunized in the continent than in the UK. Spain and Portugal, which have been more open to British visitors, are already seeing an increase in cases. It seems like a matter of time until Delta makes its way to other countries, potentially resulting in new restrictions. 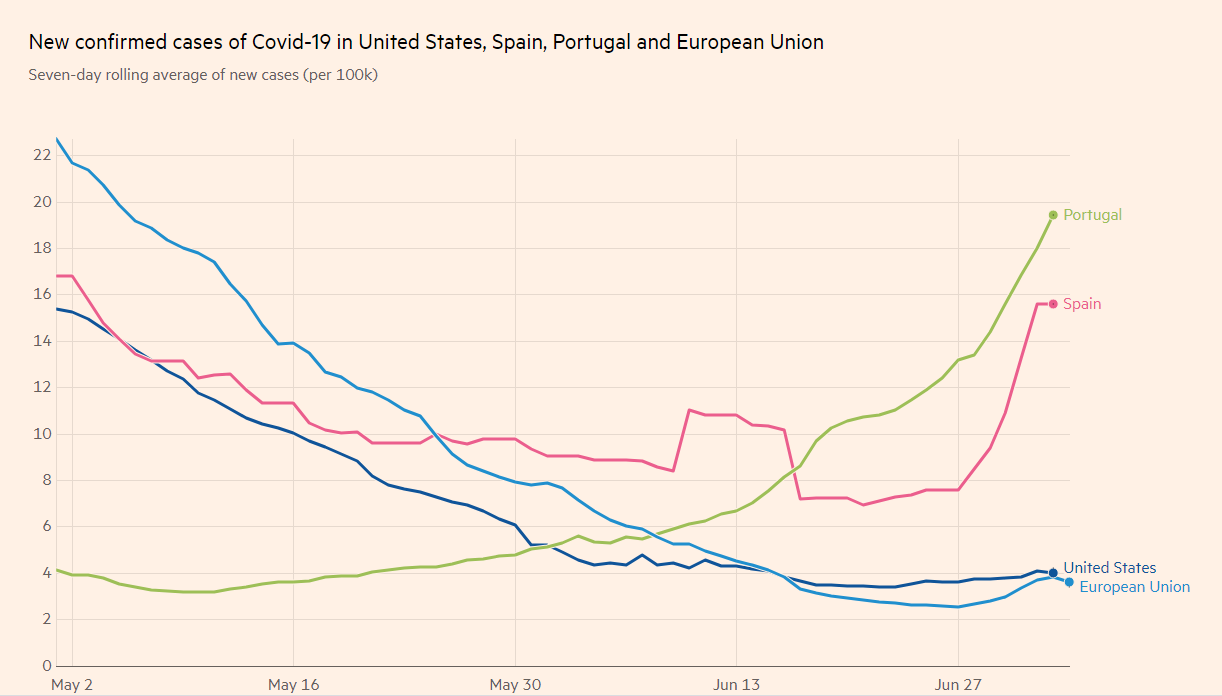 Overall, there are reasons to expect EUR/USD to resume its falls. The long US weekend implies lower trading volume and perhaps "air pockets" in liquidity which could trigger choppier moves.

Euro/dollar is trading under the 50, 100 and 200 simple moving averages on the four-hour chart and momentum remains to the downside. Moreover, the Relative Strength Index is above 30, thus outside oversold conditions. Bears are in control.

US Nonfarm Payrolls: June pleases everyone