European stocks rose as investors continued to reflect on recent numbers from the US and Europe. The DAX, FTSE 100, and CAC 40 indices rose by more than 0.50% while American futures retreated. Ryanair, the giant budget airline was among the best performers after it boosted its five-year guidance by about 50%. Superdry shares rose by more than 18% after the company narrowed its loss to 36.7 million pounds in the previous year. This compared to a loss of more than 166 million pounds in the previous year. Another top mover was Marks and Spencer, which decided to close 11 stores in France.

The Swiss franc declined against the US dollar after the State Secretariat for Economic Affairs (SECO) lowered the guidance for the year. The panel said that it is expected that the economy will grow by about 3.2% this year, down from the previous guidance of 3.6%. This decline is mostly because of external factors as the global economy has retreated at a faster rate than expected. Also, the panel cited the fact that last year’s economic slump was not as severe as expected. As such, the catch-up potential will be relatively slower.

The US dollar rose against several currencies after the country published the latest retail sales numbers. According to the latest data by the statistics agency, the country’s retail sales declined for the second straight month in August. This decline was mostly because of product shortages and the Delta variant were preventing people from spending. The data showed that the overall retail sales rose by 0.8% in August while core sales rose by 1.8%. Additional data showed that the country’s initial jobless claims numbers increased from 310k to 332k.

The four-hour chart shows that the USDCHF pair jumped to a high of 0.9250, which was the highest level since early July. On the four-hour chart, the pair moved above the important resistance at 0.9235, where it had struggled moving above several times before. It is also above the green ascending trendline pattern and the 25-day moving average. Therefore, the pair will likely keep rising as bulls target the key resistance at 0.9300. 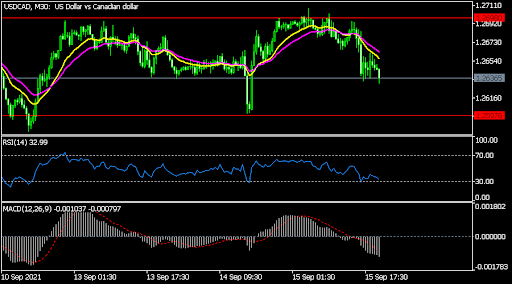 The EURUSD crashed to the lowest level since August after the latest American retail sales data. On the 30-minute chart, the pair moved below the key support at 1.1770, which was the lowest level since September 13. It also moved below the neckline of the head and shoulders pattern at 1.1800. The downward trend is being supported by the moving averages. Therefore, the pair will likely maintain its bearish trend. 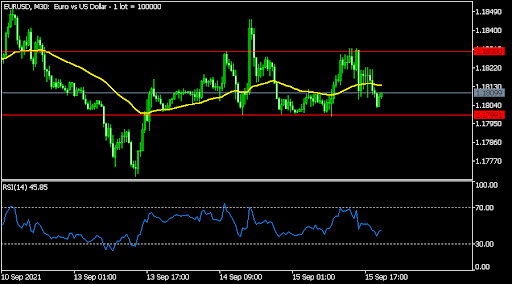 The AUDUSD pair declined to an intraday low of 0.7318. On the four-hour chart, the pair has formed a descending channel shown in green. This channel is part of a bullish flag pattern. It is also along the 25-day and 15-day moving averages. Therefore, the pair will likely bounce back in the coming days. 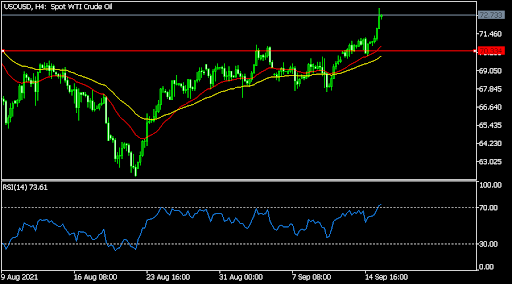