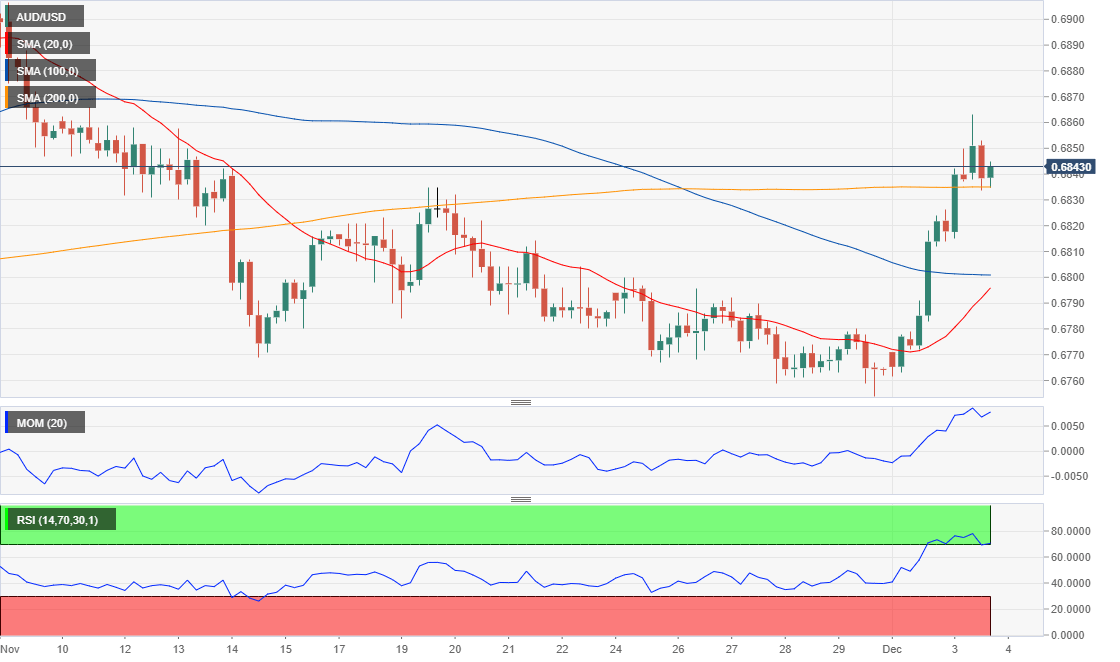 The AUD/USD pair extended its rally to 0.6861, retreating from the mentioned high and closing the day with modest gains around 0.6840. The Aussie advanced on the back of the RBA’s monetary policy announcement, as Governor Lowe sounded more confident than anticipated, saying that the housing market is responding to the latest rate cuts. As expected, policymakers left the official cash rate unchanged at 0.75%, insisting the economy has reached a “gentle turning point.” The Aussie, however, gave up to risk aversion, dragged by equities.

Australia will release its Q3 Gross Domestic Product during the upcoming Asian session,  forecast to show that the economy expanded at an annual pace of 1.7%, growing by 0.5% in the three months to September. The country will also release the AIG Performance of Services Index, seen and the Commonwealth Bank estimate of the Services PMI.

The AUD/USD pair is trading around the 50% retracement of its latest daily decline, after meeting sellers at around the 61.8% retracement of the same slide. In the 4-hour chart, the pair is above all of its moving averages, with the 20 SMA advancing above the larger ones, as technical indicators resumed their advances after correcting extreme readings, now presenting uneven strength. The next movement will depend on the result of the GDP report, as upbeat data will probably give the Aussie another positive impulse in a dollar-weak scenario.