As per the prior analysis heading towards the final sessions for the week, AUDUSD Price Analysis: Bears hold the fort at a 50% mean reversion, the price indeed was held off by the bears for a test into the 0.64 figure and a touch below as follows:

The analysis explained that the bears were still in play on the hourly chart while below the 50% mean reversion level.  There were prospects of a downside extension to test 0.6400 the figure as illustrated above, unfolding as follows: 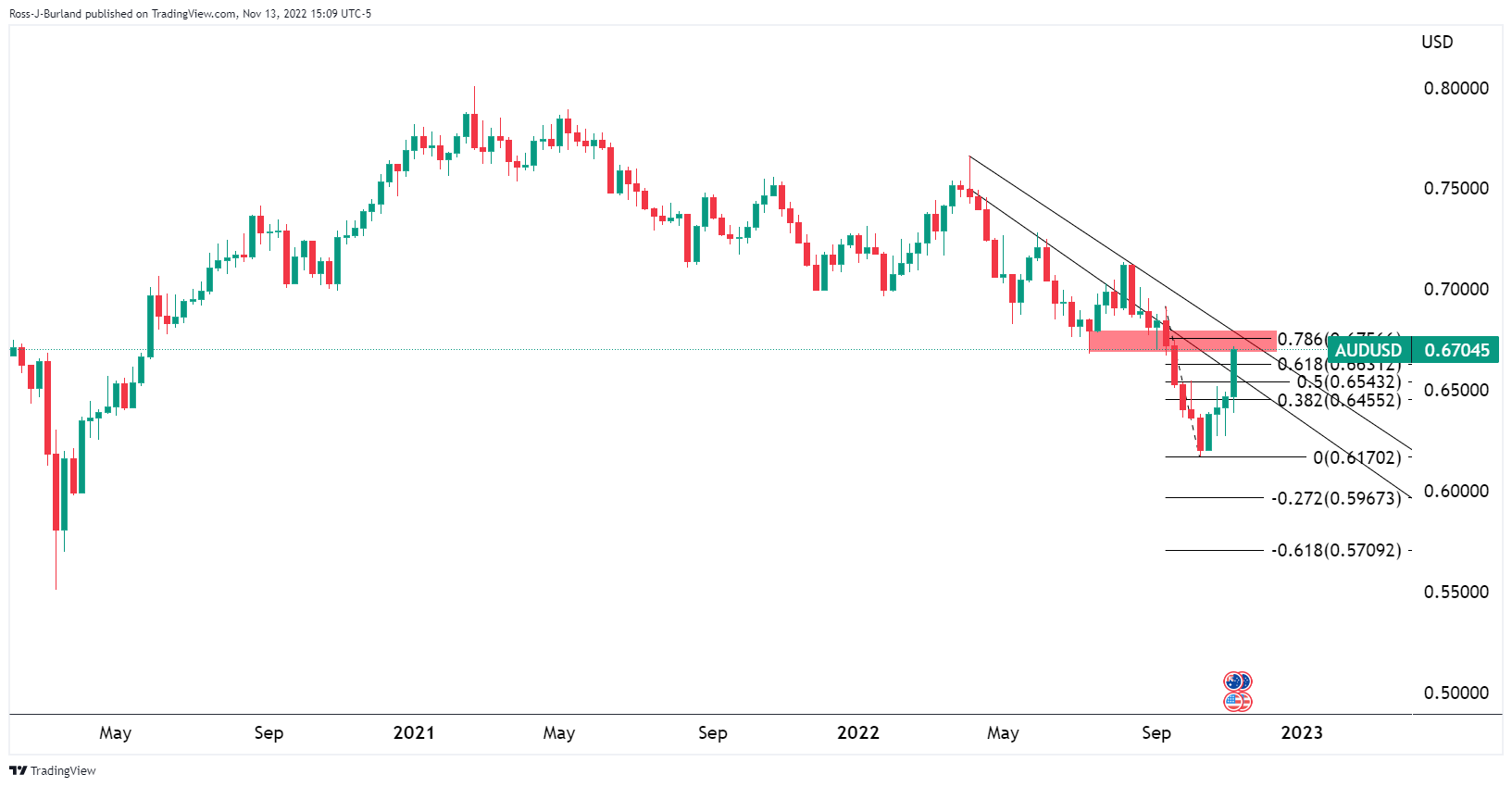 From a weekly perspective, the price is meeting a critical area of resistance and the downside is up for grabs in the open. While there are prospects of a move higher, deeper into the resistance, any deceleration in the correction could be an opportunity for the bears for the opening sessions this week. 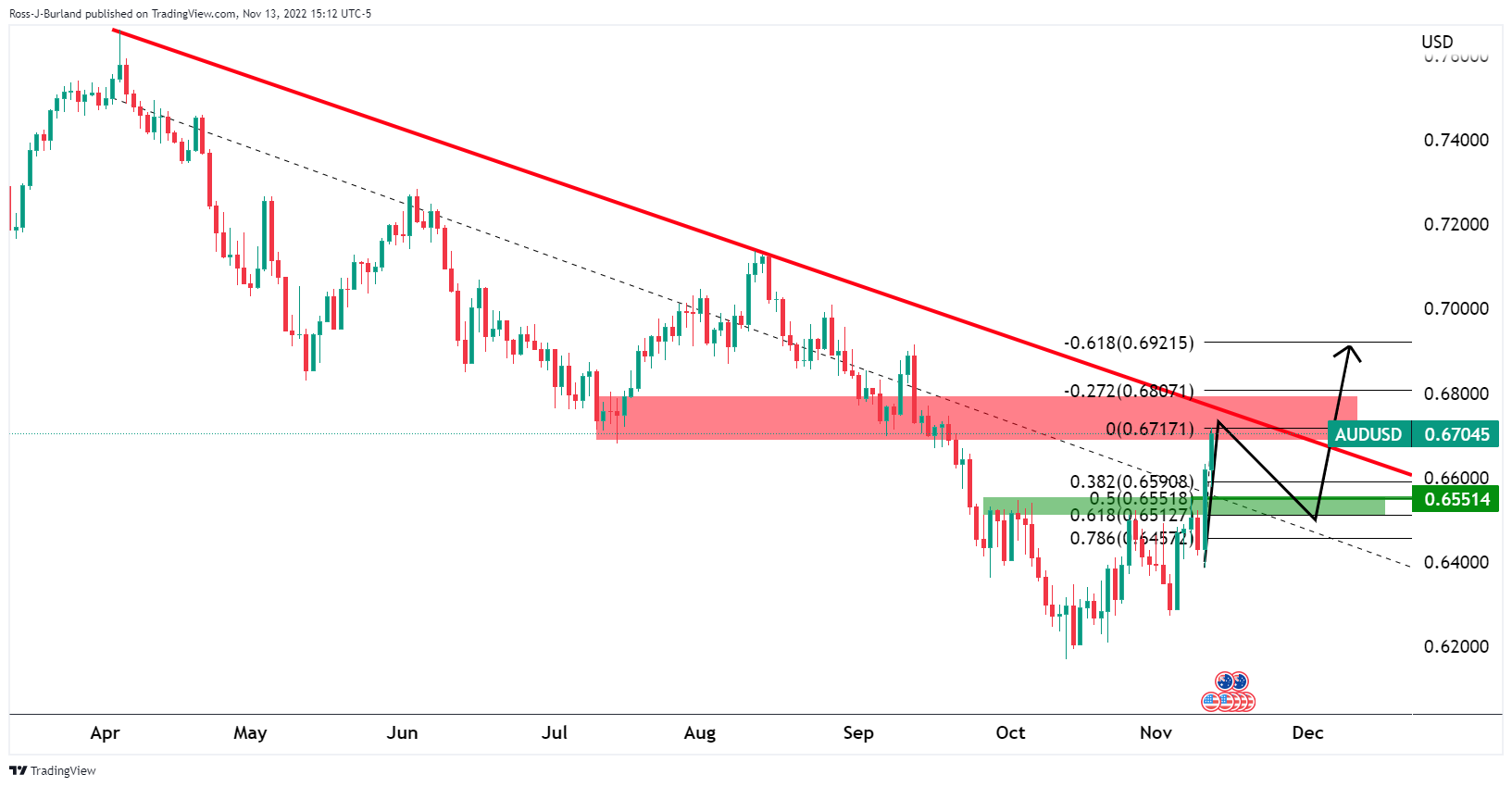 With the price in resistance, as it stands, a support zone around 0.6550 is eyed as a downside target while on the front side of the bearish trend. 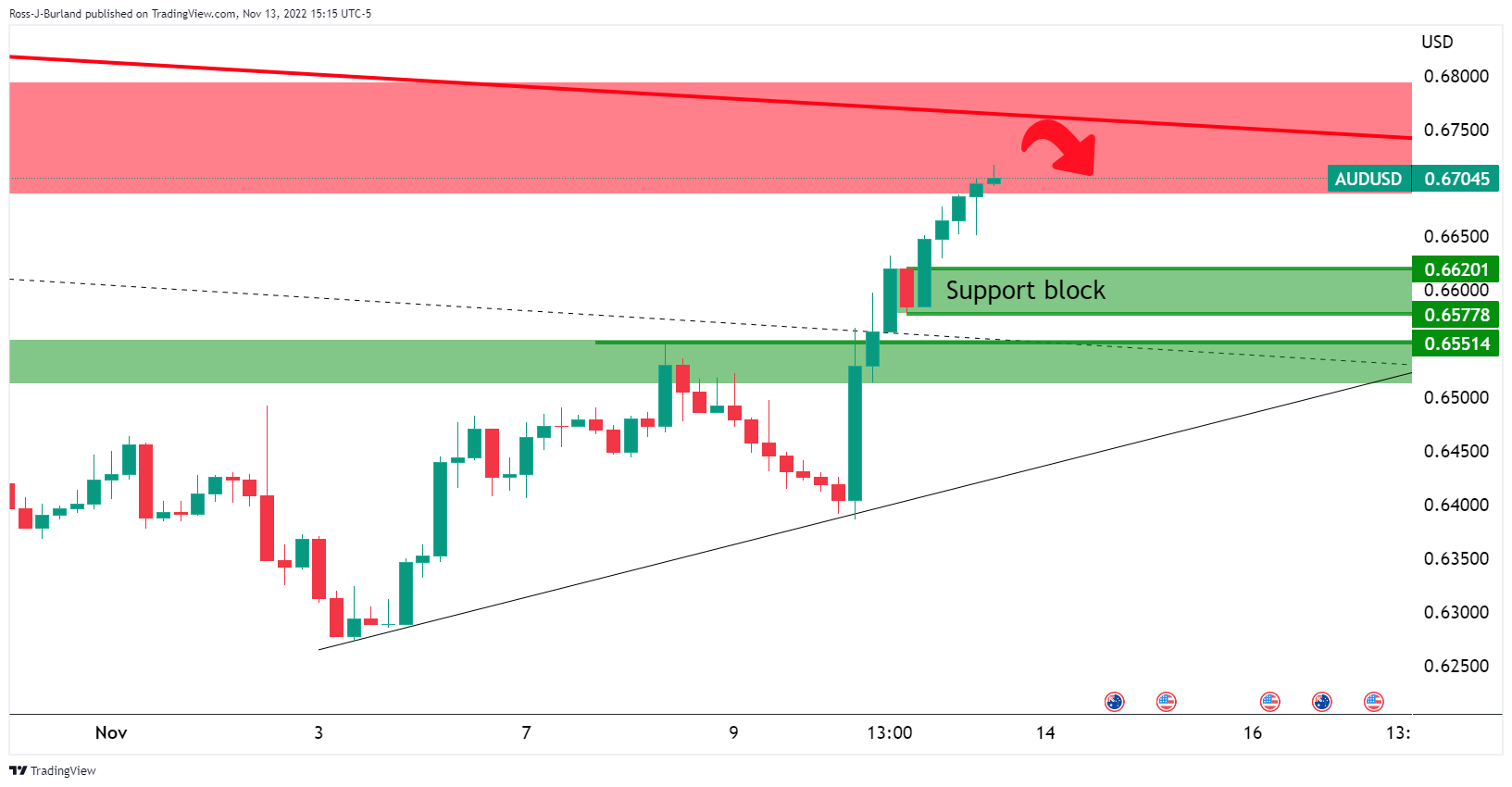 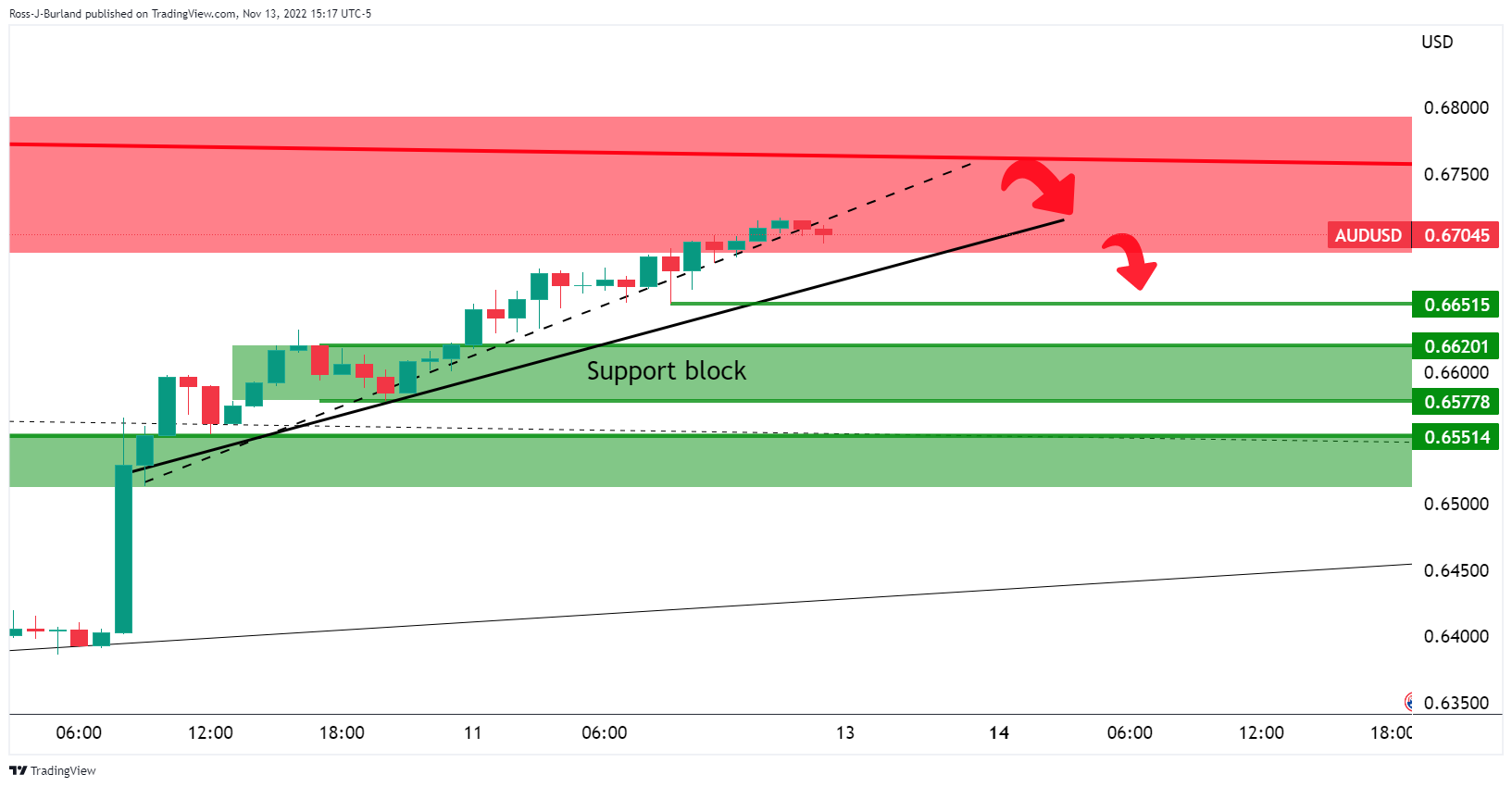 The price is decelerating on the hourly chart on the break of the micro trendline and hourly close below it. However, there is some way to go until the 0.6650s below the next support line, although bears will be lurking in the open this week while the price remains below 0.6750, tempted to face tests above.