The blue wave is coming – both Democratic candidates are on course to win special runoff elections in Georgia, after around 97% of the votes have been counted. That would result in an even 50-50 split in the upper chamber of Congress, with Vice-President-elect Kamala Harris breaking ties. At the time of writing, Democratic candidate Raphael Warnock has already been declared the winner by the networks. He is up by 0.96% against Republican Senator Kelly Loeffler. The second race is closer, with GOP Senator David Perdue trailing Democratic challenger Jon Ossof by 0.08%. Why are both candidates set to win with such small margins?

Covid impact on US Elections

In this fraught American political season, every policy difference, every analysis, and every choice, no matter how rational is portrayed as a product of party differences.

Democrats long to lock down the economy pursuing pandemic suppression at all costs while Republicans seek to balance the dangers of the virus against the equally real damage to individuals and families from a shuttered economy.

In reality, the responses of most state governments, Democratic and Republican, have been tailored to local needs and show less ideology than practicality, recognizing the dangers of the pandemic and the needs of people to work in a functioning economy.

In most states, regardless of political affiliation, the emphasis is on restricting the spread of of the virus indoors in public venues like bars and restaurants and large private groups. Several states have added curfews to their list of restrictions or asked people to avoid non-essential travel. No governor has threatened a general economic shutdown.

Of all the variables in a nationwide election the one that invariably receives the most attention is polling. The limitations of forecasting the decisions of millions from the answers of thousands was amply demonstrated in 2016.

The second wave of coronavirus is locking the euro to the downside – but traders have little time to consider the implications of the virus as elections are set to rock markets.

MARKETS: HOW THE ELECTIONS WILL IMPACT STOCKS AND THE US DOLLAR

The candidates this year, Republican President Donald Trump and Joe Biden the presumptive Democratic nominee whose official nomination is not until August, are probably the two most unusual competitors since the early days of the Republic two centuries ago.

Both candidates have high approval rating from their respective parties, President Trump at 85% from Republicans and Biden at 74% from Democrats in surveys from Gallup.

Markets are likely to remain agnostic on the election until the Fall.  The reason is quite simple. Polls this far from November 3 have little predictive value. Short of a change in candidates what happens between now and Labor Day is the preliminary for the main event.

Historically, Republican candidates and party platforms have been viewed as more favorable to business and markets and better stewards of the economy. That has been changing in recent years with a majority of Wall Street money going to Ms. Clinton in 2016.

The attitude of the markets to this election and its highly unusual economic, political and cultural landscape and the enormous degree of polarization in the electorate may make a strict good or bad for business analysis next to impossible.

The absolute and sustained decline in Treasury yields and commercial interest rates overall is solely due to the Fed’s revived quantitative easing bond purchases initiated in March. Fed assets have soared $3 trillion in the past three months, almost as much as the $3.5 trillion gain in the six years of financial crisis purchases and the bank has extended its buying to various commercial issues.

Experts have their say

There are less than two months until election day – but the results may fully be known only a month later. Slow counting – a result of a high volume of mail-in votes due to the pandemic – may result in a contested outcome and considerable consternation.

America is not only a country, but also an idea – fashions begin in New York and spread to the world, US values are exported, and as an issuer of the world's reserve currency – the dollar – any change in the US has an outsized impact on all markets. November 3 is the date to circle on the calendar.

Fox News' polls point to a landslide loss for President Trump – if the elections were held in late June. They are held only in November, and that calls for caution – especially when looking to the recent past when Hillary Clinton led Trump around this time in 2016.

President Trump’s overall approval rating, a good but not infallible guide to incumbent reelection odds, has fallen from 47.3% in early April to 43.0% on June 21 in the RealClearPolitics (RCP) average as the coronavirus, unemployment and then protests and riots have dominated news coverage for more than three months.

The national average for the election currently gives Biden an 9.5% lead, 50.6% to 41.1% (RCP, 6/21) though polls this far out are not a good indicator for the November vote. Historically a president’s chances for a second term drop as approval falls below 45%.

The Democrats lead in the so-called generic Congressional vote, which asks which party is more likely to get an individual’s vote irrespective of candidates,  by 8.5%, 49.0% to 40.5% (RCP, 6/21). Given the voter distribution, any lead above 6% shows a Democratic advantage.

As mentioned earlier, a return to the normal president in the White House but preventing any radical changes to America's capitalism would serve as a relief to markets. It would likely allow them to advance on higher prospects of closer trade ties with the world and fiscal support.

While Biden's current lead suggests Democrats have a chance to win the Senate, it could prove a high watermark for the challenger and his party. Therefore, the scenario of a split government is the most likely one.

A sub-case of this likely scenario would be that Trump refuses to concede, claiming fraud. That would cause a constitutional crisis that would plunge the country into chaos. However, that has a low probability and if he follows such a dangerous path, other Republicans may push him out, calming markets.

Seeing Sanders and AOC setting policy is the nightmare scenario for investors, and would send stocks plunging if it becomes more real. Not only banks and pharma would suffer, but broader equities.

The probability is medium, and it depends more on how Trump underperforms than anything else. His advisers may help him regain some of the lost Republican supporters.

In this scenario, Trump edges out another electoral college victory – probably with a greater popular vote loss. Some voters would likely rage, but Democrats would accept the outcome. This option basically preserves that status quo and would cause markets to shrug off the results.

While Trump would likely continue damaging international relations, he would be unable to move any legislation forward.

This scenario has the lowest probability. Contrary to the Senate – where large and small states have an equal voice – the House is a better representation of the country. Despite Republican gerrymandering, Democrats' lead among Americans will likely be reflected in the vote for the House, as expressed in the 2018 mid-terms.

Nevertheless, if voters break toward Trump "big-league" as the president says, the voting tickets may boost GOP representatives down the ticket and provide a repeat of the 2016 scenario. While investors may fear Trump's international tirade, they may find solace in Republican lawmakers' ability to push through their agenda.

Americans also elect all 435 members of the House of Representatives, the lower chamber of Congress, and 35 out of 100 Senators, the upper house.

Broadly, the House approves budgets, and the Senate is responsible for nominations. Major legislation requires agreement between both chambers and the president

Democrats, led by Speaker Nancy Pelosi, currently control the House, with 233 seats. Representatives are voted for a two-year term.

Republicans led by Majority leader Mitch McConnell, currently command control of the Senate with 53 seats. They are defending 23 and Democrats 12 in the upcoming vote. Senators are elected for six-year terms. 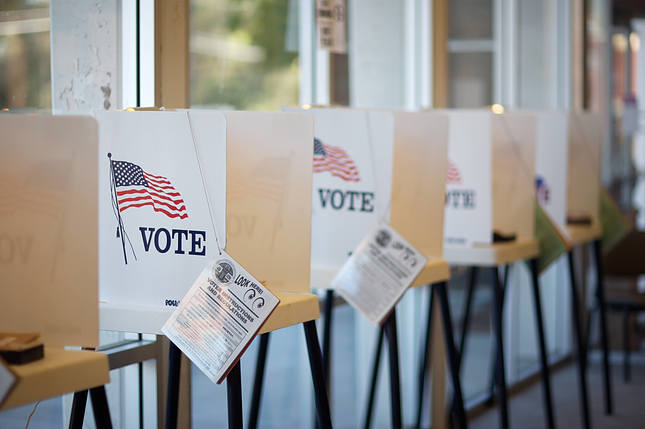 Presidential election years are the pinnacle of political entertainment in the United States. There is more public interest, more press coverage, more voting and this year more polarization than in any election in a generation.

There are also more than the usual number of moving parts. Aside from normal political rhetoric, since the election of Donald Trump more angry and divisive than ever, there have been large protests over racism in many American cities. If that wasn't enough, the pandemic continues to course through society fraying nerves and unemployment is at its highest level since the Depression.

The candidates this year, Republican President Donald Trump and Joe Biden the presumptive Democratic nominee whose official nomination is not until August, are probably the two most unusual competitors since the early days of the Republic two centuries ago.

Without entering the political arena ourselves, we will look at the state of the parties and their relation to the candidates, the view from the financial markets and venture some guesses about the campaign in the summer before its unofficial start on Labor Day.