Ripple price (XRP) made it out alive after the violent spike higher on August 14. Although price action looked promising for another leg higher as on August 15, the low of the day bounced off the purple descending trend line. Profit-taking got in the way, however, and Ripple dipped lower, awaiting a pick-up from buyers again.

Buyers stepped in when price action dipped below $1.09. What followed were three consecutive days of profit and price action getting back above $1.30. Sellers and profit-taking tried to squeeze out buyers from their long positions on August 21, but that failed as Ripple again bounced  off that purple descending trend line originating from April 14. This shows that the purple descending trend line is a force to reckon with and that buyers have levels along the descent marked up on their bulletin boards.

Short term, XRP can run against $1.35, which is the high from last week and is forming a little bit of a cap for the moment. A retest is due, and it should be healthy for the rally if XRP can tick $1.40 This way short-term profit-seekers will be washed out in their profit-taking and buyers can pick up Ripple again below $1.40. 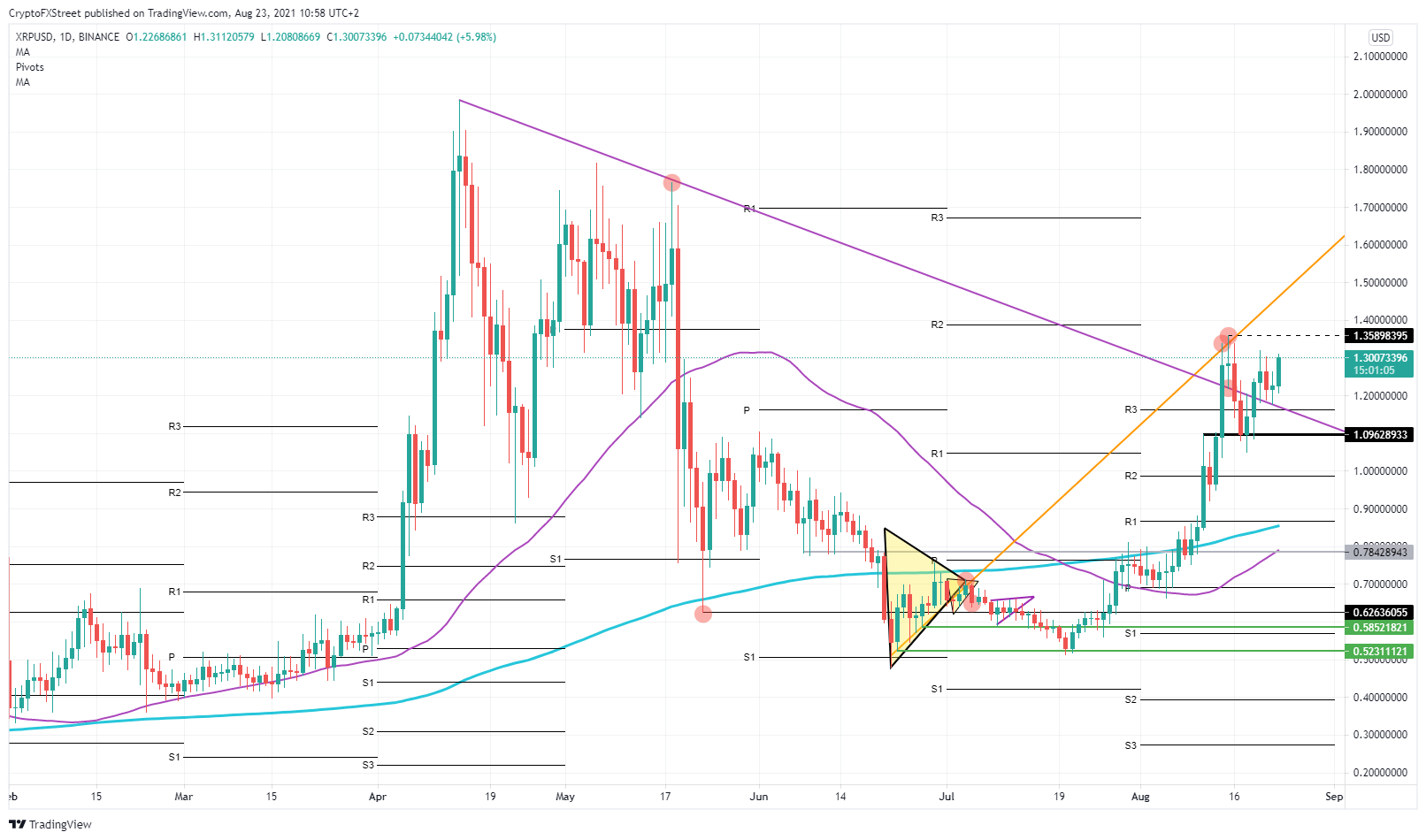 With the play's unfolding, expect Ripple to jump higher again as only buyers will stick to their position and  not forfeit to any sellers looking for a short in the price action. Price will run higher as sellers start looking higher up to begin shorting, putting buyers in control of the price action once again. Once above $1.40, the following logical price target will be $1.50, which would be durable by the end of next week, depending on general risk-on sentiment in the markets acting as an additional tailwind.