XRP price continues to trudge higher and higher with little in the form of volatility. Dips continue to get bought below and above the Tenkan-Sen while any major spikes are likewise sold. The overall trend higher, however, remains consistent over the last thirty days.

XRP price action closed on Tuesday below its open but remained above the daily Tenkan-Sen and the 38.2% Fibonacci retracement at $0.84. Price action remains at the beginning of an Ideal Bullish Ichimoku Breakout, with bulls awaiting the necessary spike from that entry pattern for confirmation of lift off. Bulls have been unwilling or unable to provide it so far, but a gradual rise is still expected, despite the lack of a major and sustained spike.

One of the most critical warnings within the Ichimoku Kinko Hyo system is to avoid trading against an instrument trending in tandem with the Tenkan-Sen – sometimes referred to as holding hands due to how close they are. XRP price is an example of an asset that is ‘holding hands’ as price and the Tenkan-Sen have remained very close as it has steadily risen over the past two weeks. Unfortunately, that behavior is likely to continue. 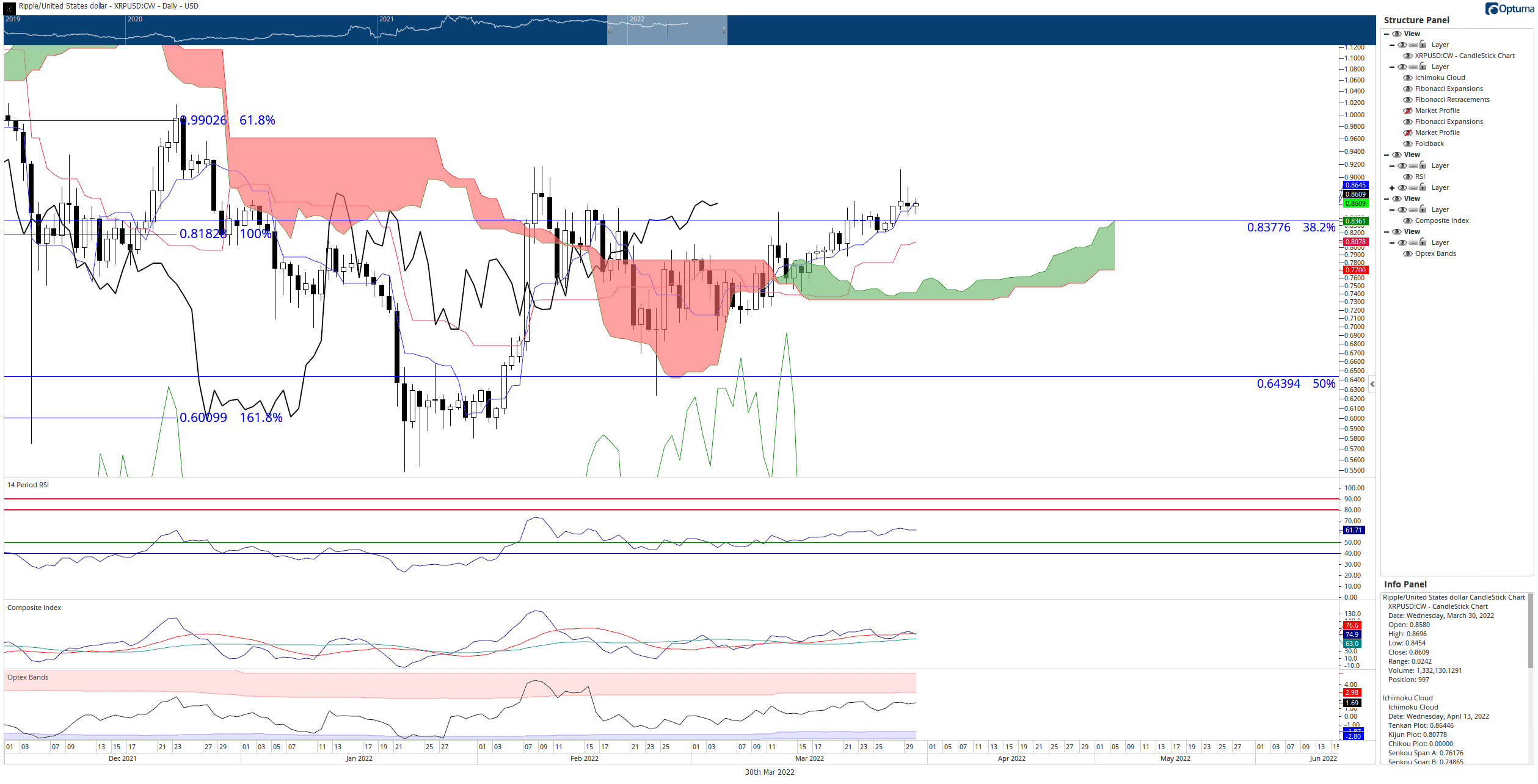 From an Ichimoku perspective, there is little in the form of resistance to prevent XRP price from revisiting the $1 value area.

Downside risks remain a concern. However, in the event of any selling pressure, several support zones now exist that would likely mitigate the range of any unexpected drop. The first is the 38.2% Fibonacci retracement at $0.84, the second the Kijun-Sen at $0.805. The final and strongest support zone for XRP price is Senkou Span B at $0.73. Failure to hold above Senkou Span B could trigger a flash crash towards the $0.50 value area.