XRP price had a massive sell-off in the past four days, losing 41% of its value. However, the digital asset has experienced a significant rebound from a key support level and aims to regain its previous uptrend.

Ripple had a significant sell-off in the past four days but managed to recover in the last 24 hours. The digital asset seems ready to resume its previous uptrend with several indicators in its favor.

The TD Sequential indicator has just presented a buy signal on the 12-hour chart and another one on the 9-hour chart in the form of a red ‘9’ candlestick. 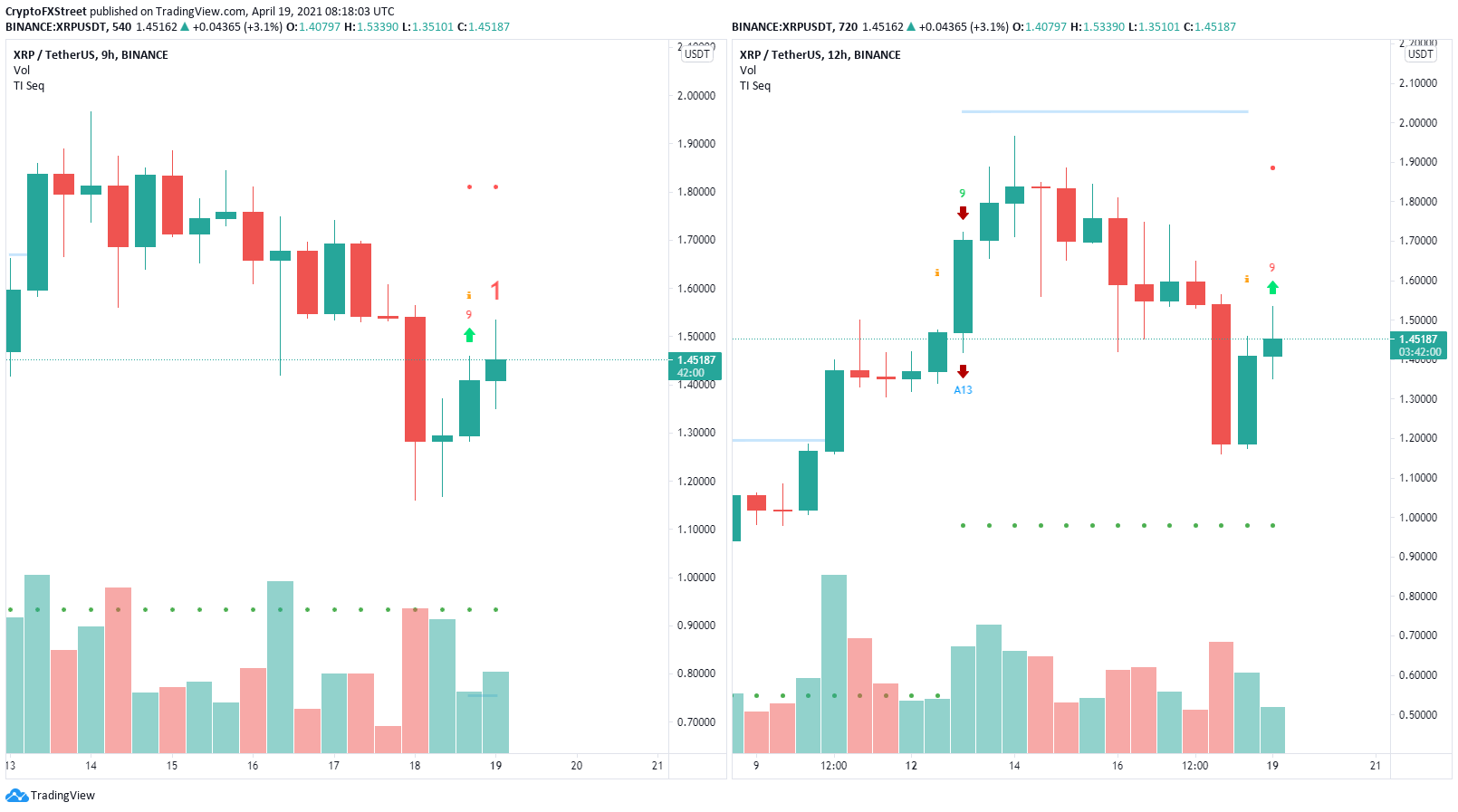 On the 4-hour chart, XRP bulls defended the 100 SMA support level and need to push the digital asset above the 50 SMA resistance at $1.56, which coincides with the 50% Fibonacci level. A breakout above this point can quickly drive XRP price toward $1.66 and $1.77. 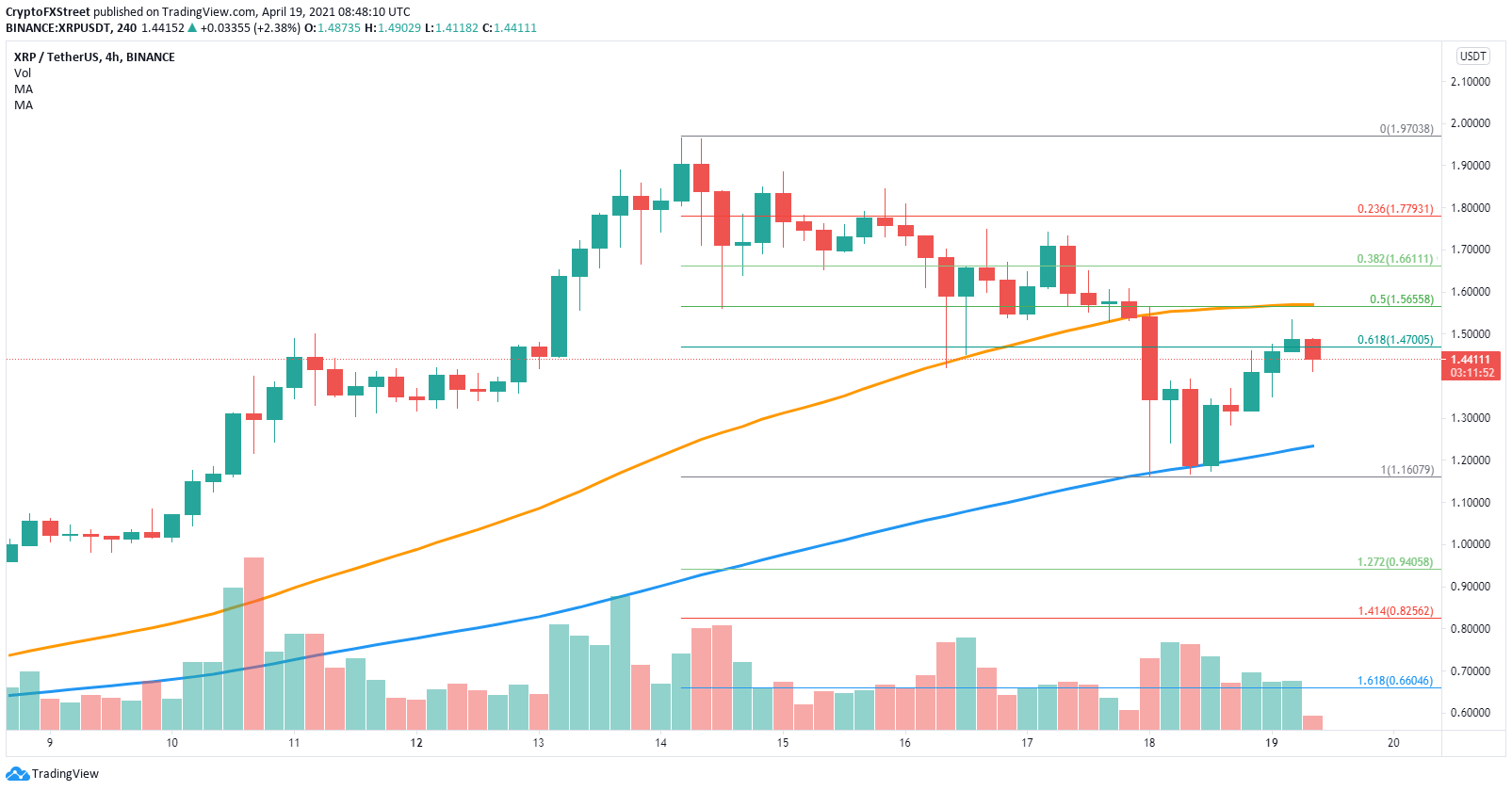