XRP price action offered bulls a solid entry this week at $0.98. That level was marked by the 200-day Simple Moving Average that acted as a launching platform for the retest of the green ascending trend line on the topside. That green ascending trend line got tested last week and the week before that as well to the topside, confirming the bullish sentiment in XRP price action.

Bulls need to break above this green ascending trend line so that the uptrend can move on to the next echelon of profit levels. The first profit level is $1.42, which was rejected earlier at the beginning of September. When the current favorable tailwinds keep underpinning price action in the cryptocurrency space, expect bulls to have enough steam to target $1.76 in their uptrend. 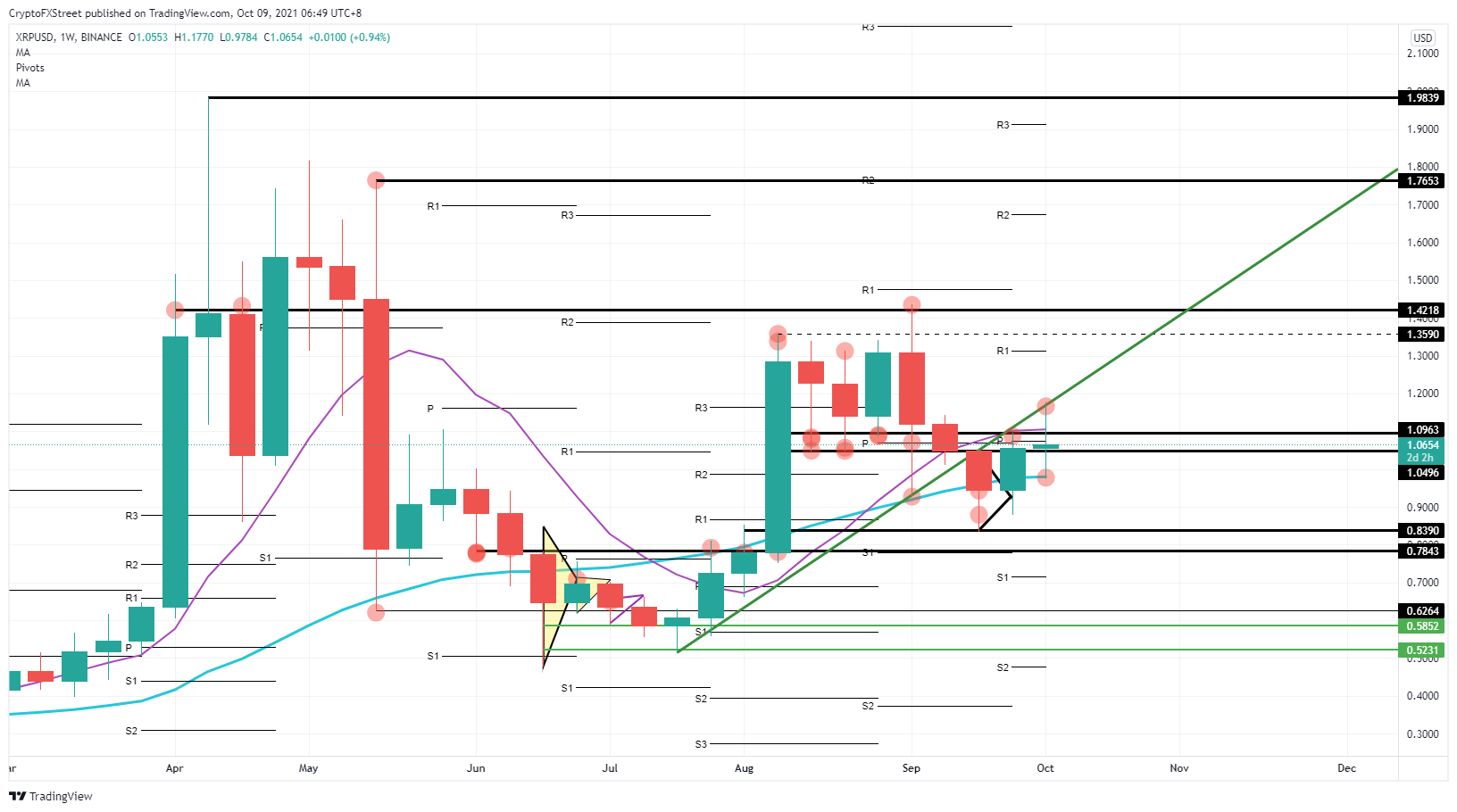 A rejection of the green ascending trend line is, however, possible. It has proven its strength in the past few weeks and shows that any bearish action is still very much present in XRP price action. When current tailwinds should start to fade, expect the same in XRP price action.

The 200-day SMA would break to the downside on the retest, and bears would target $0.8150 as the first profit level to lock in some profit on their short positions. As $0.78 is very close to the first profit-taking level in the downtrend, expect the downtrend to be relatively short-lived.