XRP price withstood a fall below the month-long descending trendline after breaking above it on July 4. Buyers looked interested at the $0.60-marker for an entry and were able to push Ripple firmly above it, even closing above the entry point for three consecutive days.

XRP price has been flirting up and down with the 55-day Simple Moving Average (SMA) for almost two weeks now. Sellers and buyers used this barrier as a benchmark each time Ripple broke to the up or downside.

Since July 9, XRP price has been forming a pennant. In that technical pattern, Ripple was able to reclaim the upside of the 55-day SMA, which is a promising sign as long as it can now withstand the selling power of short-sellers around these levels between $0.65 and $0.66.

Adding to the positive signals is the risk-on sentiment in the markets with earnings season just around the corner. The risk-on narrative should act as a tailwind for cryptocurrencies in general and boost overall sentiment in the majors like Bitcoin, Ethereum, and XRP. 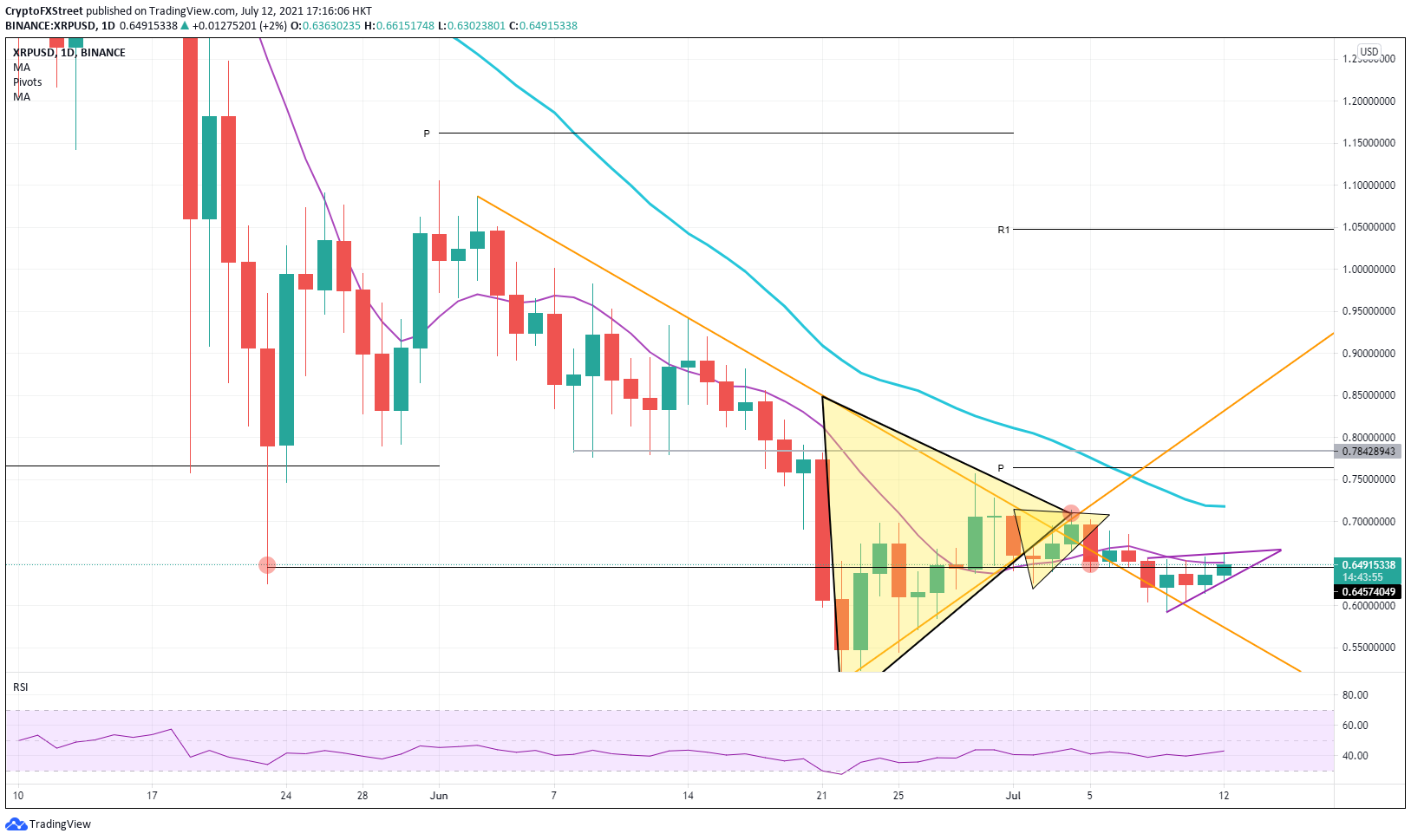 Ripple still has a long way to go, but if XRP price can squeeze out the sellers that are taking positions just above the 55-day SMA, it should go toward $0.70. This is the first fundamental key resistance level and a psychological level for buyers to take profit.

If the positive sentiment in the markets can keep acting as a tailwind, a quick run-up toward the 200-day SMA can be possible.

Should sellers push XRP price-action further down, expect a squeeze to the purple ascending trend line in the pennant. If that breaks to the downside, look for the $0.60-marker again as an entry for a long.