XRP price bound to decline further according to various indicators

The number of XRP whales holding 10,000,000 or more coins has seen a significant decline in the past two days, losing seven holders. The trend remains neutral since the beginning of February.

Additionally, the social volume of XRP also had a massive spike in the past 24 hours, which is also indicative of a potential correction incoming. On the 4-hour chart, XRP price has been bounded between two key levels. One at $0.50 and the support at $0.42. 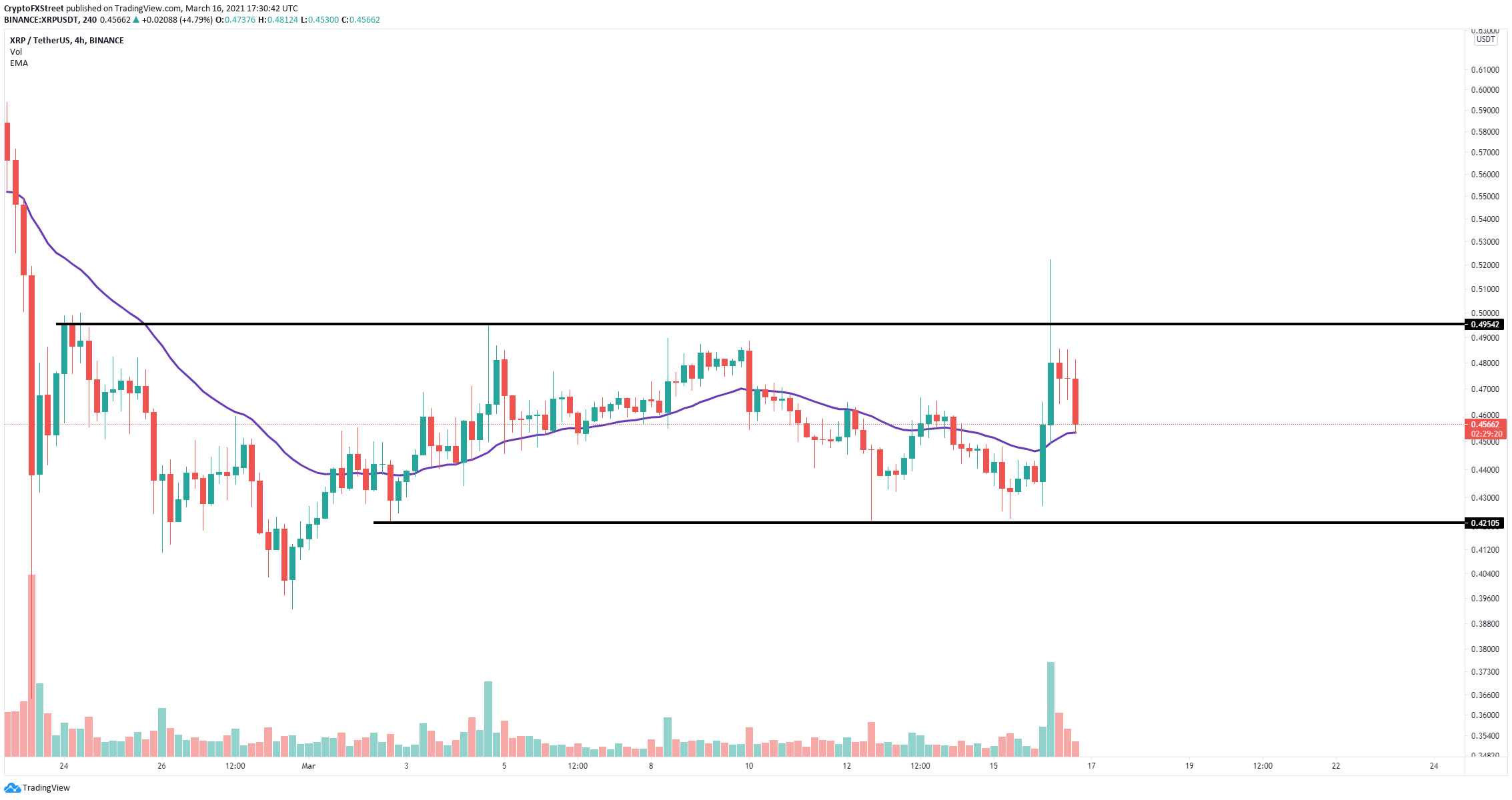 Once again, the $0.50 resistance point has rejected the price pushing XRP down to $0.456. Losing the 26-EMA at $0.453 will likely drive XRP price towards the lower boundary again.

On the other hand, holding this point has the potential to push XRP towards the upper trendline at $0.50.