XLM price has broken the lower trend line of a symmetrical triangle pattern, making it the second triangle that has resolved to the downside over the last 21 trading days. Based on the current price structure, Stellar is positioned for further losses, potentially beyond the June 22 low.

Since the June 22 low of $0.198, XLM price had been coiling in a symmetrical triangle pattern, liberating the oversold condition following the 40% drop from a previous triangle. However, it did not establish any milestones during the bounce that proposed a long-term bullish outcome for Stellar.

Fundamental to the symmetrical triangle pattern development was the role of the May 23 low of $0.274 and, more importantly, the critical 50-week SMA, currently at $0.269. Each provided some point of resistance for every intra-day pop higher during the triangle formation. 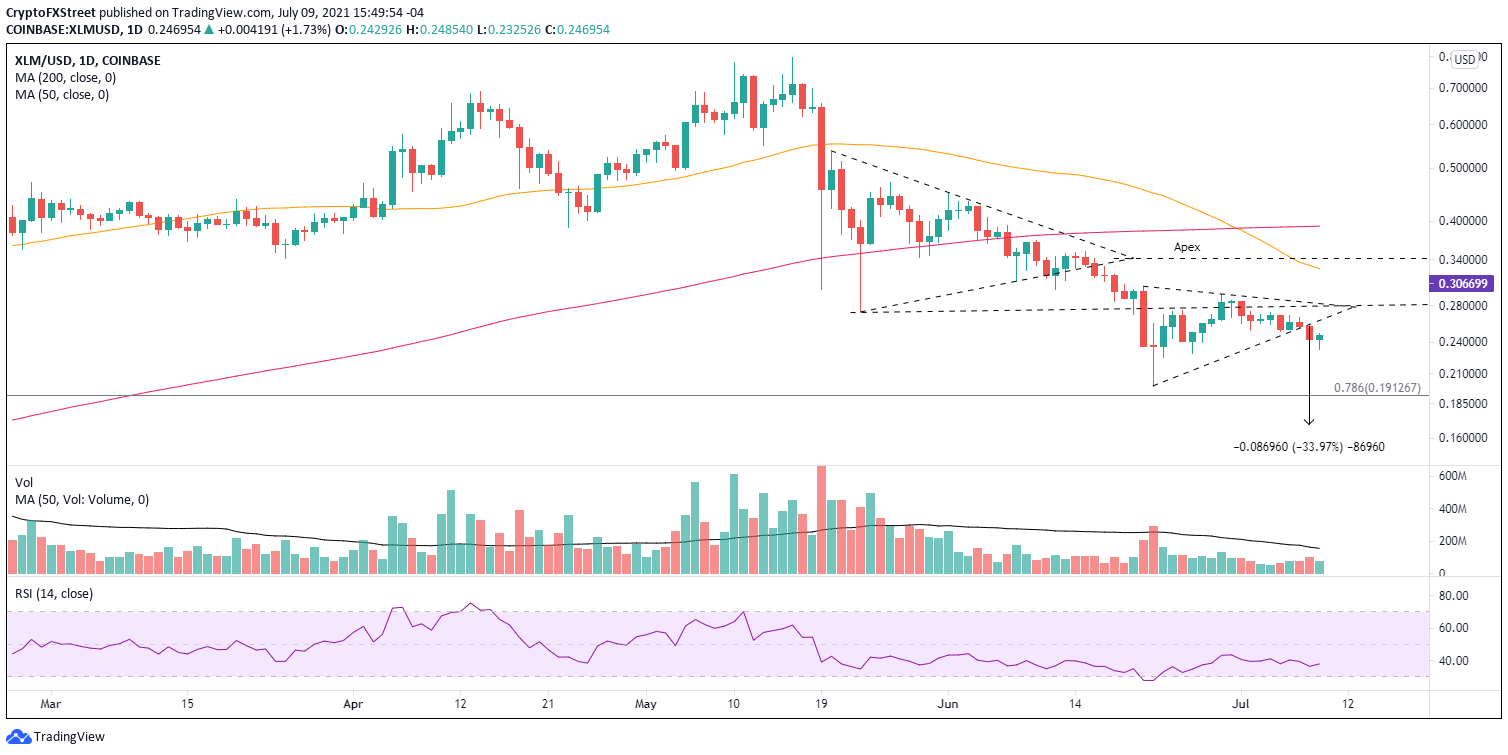 It is important to note that the 200-week SMA (mean) is at $0.180, so the measured move would signify a complete reversion to the mean and a confirmed reset for XLM price. Moreover, the total decline from the May high of $0.797 would be 79%.

The weekly chart below highlights the influence of the 200-week SMA on XLM price since the beginning of 2019. 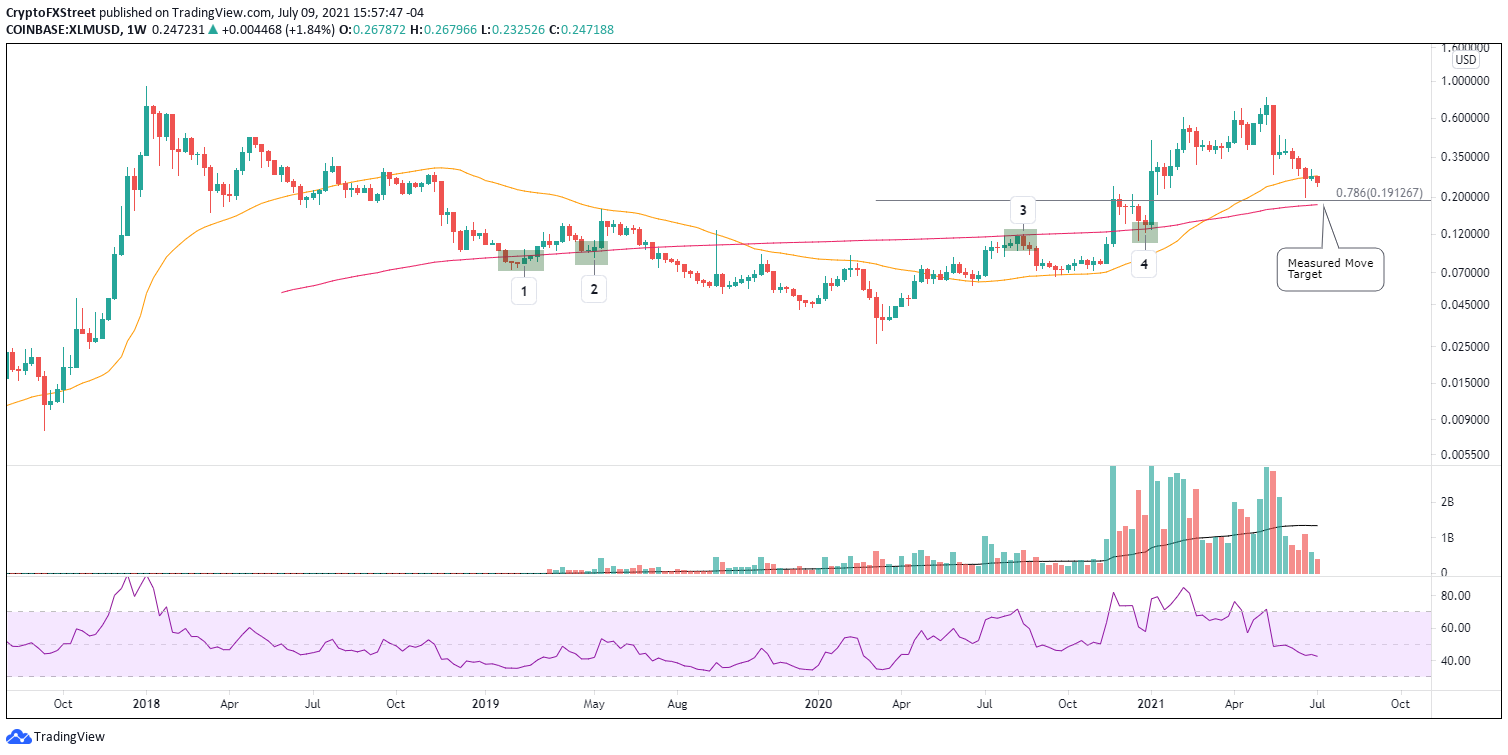 The only way XLM price can void the bearish narrative is with a daily close above the merger of the May 23 low of $0.274 with the symmetrical triangle’s upper trend line at $0.282. But, a rise above $0.282 will not mean a buying stampede will reign over Stellar as the 50-day SMA at $0.326 or the apex of the preceding symmetrical triangle at $0.343 will provide sustainable resistance.

All technical points point to a continuation of the Stellar downward move, knocking out the stops and the fearful holders that populate lower levels. Moreover, XLM price should at least test the June 22 low, but the originating symmetrical triangle pattern projects a deeper descent, possibly to the 200-week SMA. It is an outcome that seemed impossible only a couple of months ago for the blockchain project.