Ethereum price continues to outperform Bitcoin. Higher targets remain possible but investors should be aware of a potential liquidation.

Ethereum price currently auctions at $1,896 as day traders have begun taking profit above the psychological $1,900 level. Last week forecasts were issued strongly advocating against the bearish outlooks many traders were susceptible to consider as the Relative Strength Index displayed clear divergence accompanied by obvious selling pressure on the Volume Profile. Elliot Wave and Auction Market theory suggested higher targets at $1,900 would occur, and a stay-with-the-uptrend notice was issued.

Ethereum price has also witnessed bullish news in accompaniment with the technicals. Recently, the Ethereum network has successfully launched the Goerli testnet, which will hopefully resolve many communal disagreements about the upcoming Ethereum Merge. The smart contract token has risen 90% since the July 13 lows, nearly three times as much profit as its Bitcoin counterpart. 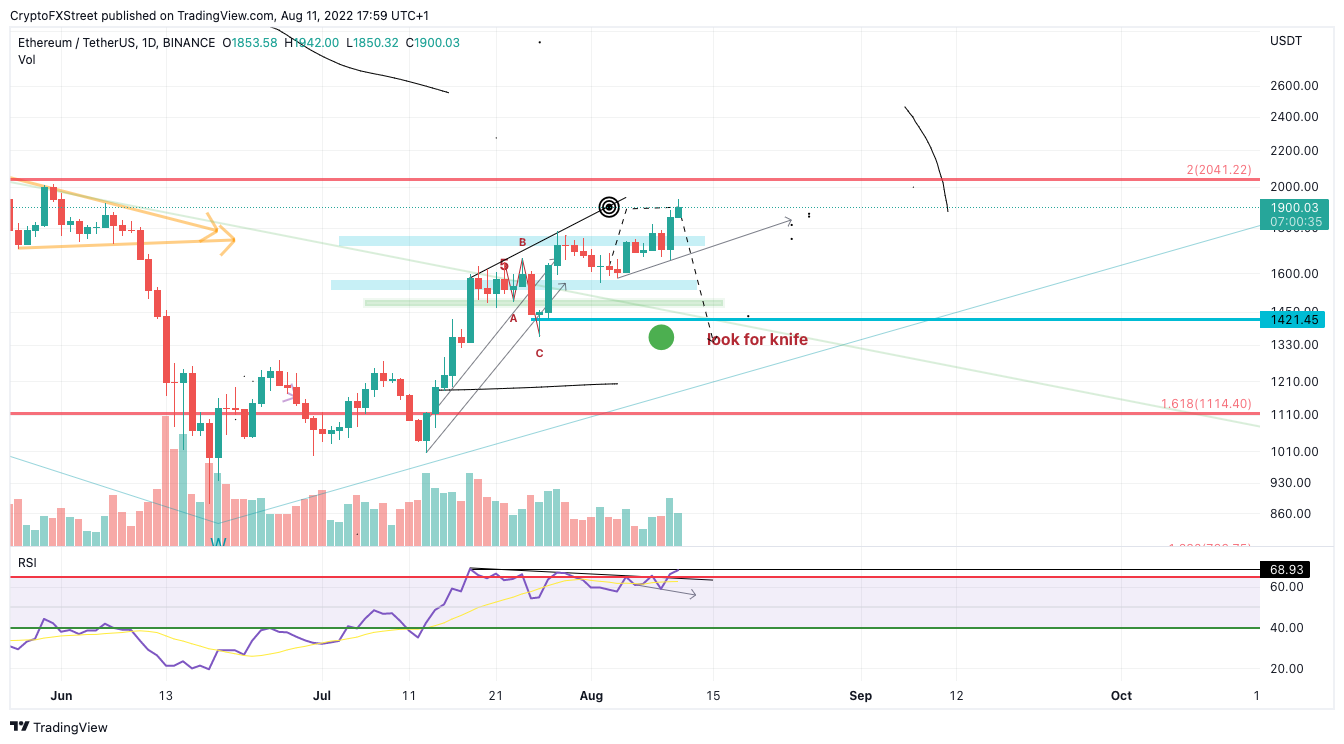 Investors should be aware that the technicals have higher targets near $2,090 and potentially $2,260 in the short term. However, a decline into the $1,340 zone will remain on the cards based on RSI projections and Elliott Wave theory. Traders should begin defining a line in terms of actualizing profit. A breach below $1,640 could be an early sell-off catalyst towards the mid-$1,300 barrier.