Ethereum price should remain on traders watchlists. However, turbulence is to be expected for reasons mentioned below.

Ethereum price currently trades at $1,622. The decentralized smart contract token has been on everyone's radar as a network merge is set to make considerable changes for all Ethereum users. The upcoming event has prompted community members to take to Twitter and other social networks to weigh in on what they feel will be the best solution for Ethereum's future.

Last week, FXStreet's news reporter Ekta Mourya broke the story of Santiments' recent reportings of the decentralized smart contract token. The Ethereum market sentiment is in a heightened state of disdain amongst its community. Apparently, the Ethereum users are not happy with the proposals for the future, which could be a justifiable reason for the turbulence witnessed in recent days. 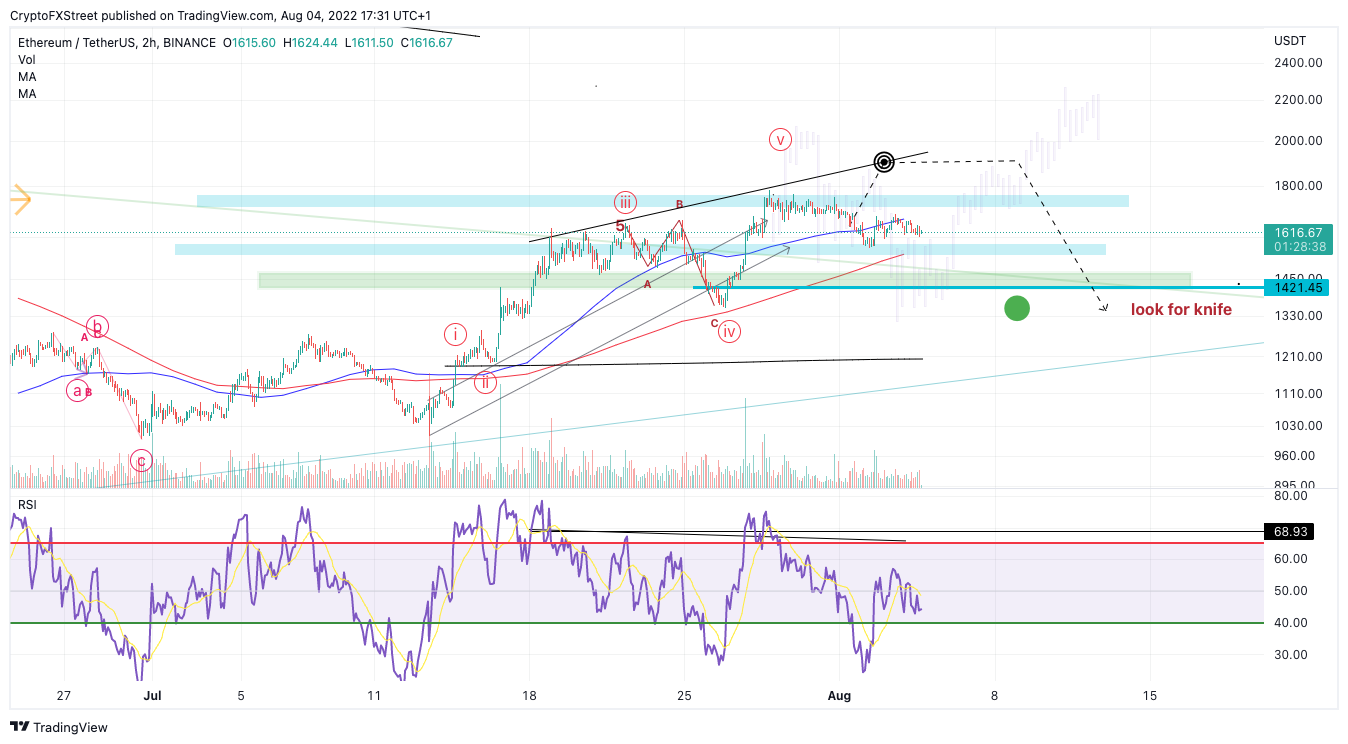 Ethereum price does not show confident sell or buy signals in Thursday’s auction. Placing an early bet would be purely speculative in both directions. Traders should consider letting the next move play out. It could take several days before things make sense again.

An ideal scenario is a plummet to $1,400 for a potential buy opportunity. However, the ETH price could erratically fly towards $1,900 without a retracement into lower levels. For this reason, this thesis remains neutral until further evidence is displayed. Updates will be issued in part two when the evidence suffices.