Bitcoin (BTC) price is set to tie up again with its winning streak that got disrupted last week in a minor loss during its weekly close. Meanwhile, bulls have printed their mark on the price action by making a new high for the summer rally, although a fade, for now, is taking back a bit of those gain. Expect to see this summer rally slowing down as the seasonality kicks in, with the first part of September often being a drag on performances.

Bitcoin price still has a few elements in its corner backing the rally as tail risks are slowly but surely starting to reemerge from the scene. This means that the rally will not be that big anymore, and although $30,000 could still be reached, it will rather be in a slow grind, although the time horizon is getting narrower towards September. The biggest catalyst comes from the drop in inflation in the US, which means that households have started to have more disposable income and more money to spend on investing in cryptocurrencies.

BTC price first will need to face $26,000, which can be reached as of next week as long as BTC price can print a positive number for this week's close. Investors and traders will certainly jump on this element on Monday as the Relative Strength Index is still skewed to the lower end of its spectrum and thus has a very large portion to rally before being overbought. This should see an accelerated inflow of cash once $26,000 get broken to the upside, and by the beginning of September, BTC price would be set to either test or break $28,695 or already close above it before hitting that final $30,000 level. 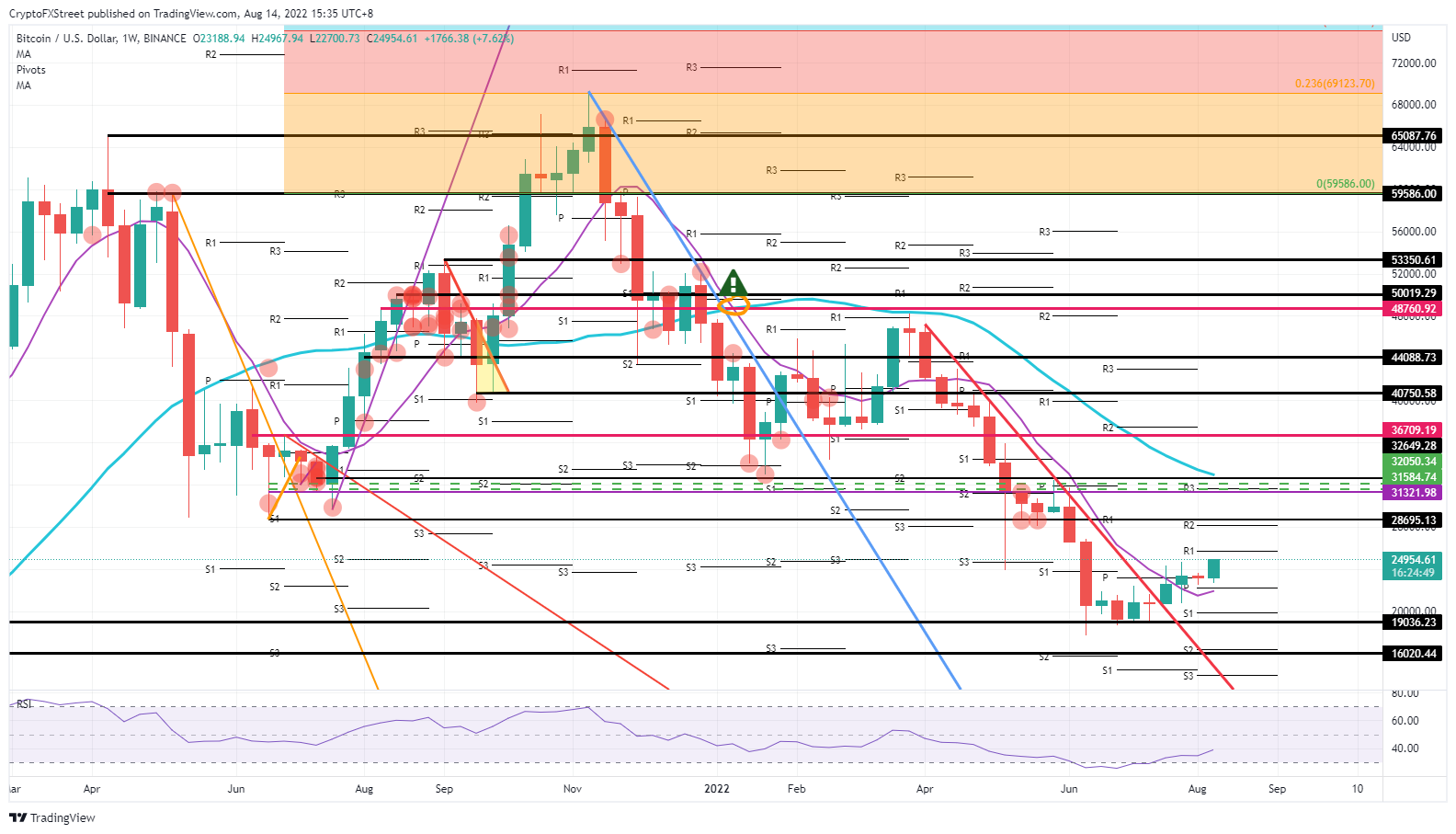 Risk to the downside comes with several traders returning after their summer vacation and picking up where they left off, as tail risks start to inflate again, and dollar strength could choke the current rally in BTC. Watch for signs like a break below the 55-day Simple Moving Average and a test near $19,036 due to a break below $20,000 which means that the summer rally is all but lost.