Dogecoin price has spent the great majority of the week consolidating from the strong rebound made last week. Unless something dramatic occurs, DOGE is likely to close the week very close to last week’s close. However, some crucial levels that have been tested today could signal that a deeper selloff may be incoming.

Dogecoin price faces two primary resistance levels on its daily chart. The first has consistently acted as resistance for nearly thirty days: the Tenkan-Sen. DOGE did cross above the Tenkan-Sen on the daily chart when the current daily candlestick opened, but sellers have pushed the price lower. Interestingly, bears have been unable or unwilling to spend much time below the Tenkan-Sen. In other words, bulls are showing up and providing some support. Whether it lasts is anyone’s guess.

The second resistance level, and the most important, is the rejection against the lower trend line of a prior falling wedge pattern. Dogecoin price has spent a little over a week trading above and below this angle. Unfortunately, the bulls could not push above it yesterday, and bears show a clear desire to keep it that way. 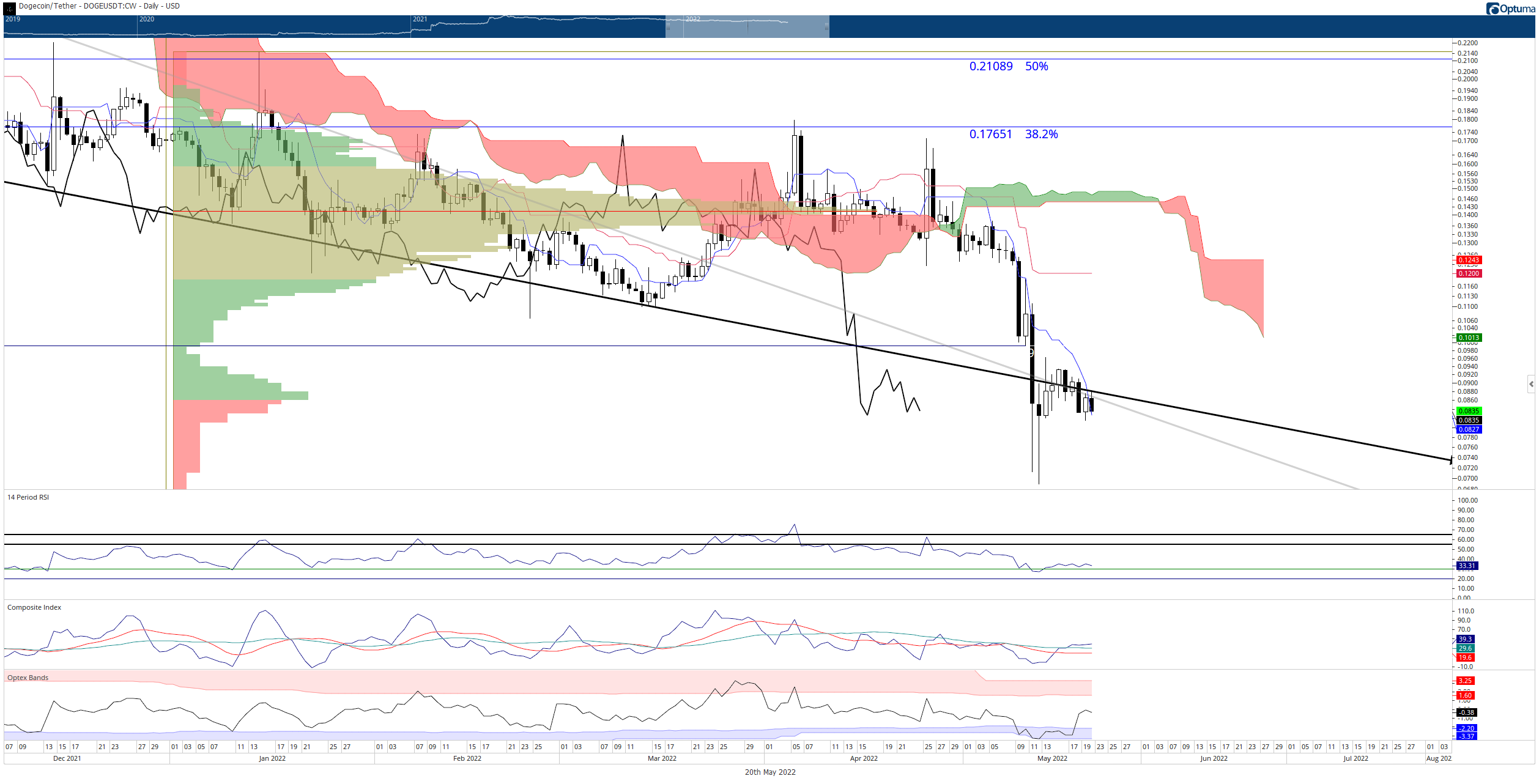 If bulls want to prevent any further near-term bearish price action, they need to close Dogecoin price above the Tenkan-Sen and trendline at or above $0.088. From there, DOGE can begin a move to test the Kijun-Sen near $0.12.