Dogecoin (DOGE) price is in a dire situation, which could be compared with a steerless ship at sea, the engines dead and the galley bearing no food for the remaining crew. Elon Musk, known as one of the biggest backers of Dogecoin, already fled the ship a long time ago, breaking the naval code that the captain remains as last one at the steering wheel while passengers get the chance to flee as the first. Instead, Musk took his private escape pod and left investors puzzled about what to do next, as the Tesla billionaire has bigger fish to fry with the Twitter legal attack, setting up Dogecoin for a 20% collapse to $0.050.

Dogecoin price has been reported to see a massive inflow of whale investors throwing substantial amounts of cash into cryptocurrencies. This came on the back of rumours that Dogecoin price action would see a revival and pop to the upside on the back of Musk buying Twitter and hooking up Dogecoin to the Twitter platform as one of the most preferred methods for payment for additional services. However, the rumour turned out to be a dud, as Musk remained silent and has not spoken about cryptocurrencies at all in over three months already.

DOGE price investors are now realising that their captain has left the ship, leaving it with no real supportive names on the bridge. At risk is now a full collapse of the price action towards $0.050 as the big investor whales from June will start to pull out their cash and possible earnings that come along with it, before they take some losses on their investments. DOGE price will undergo a cash exodus and see its market cap further decrease with a 20% loss at hand. 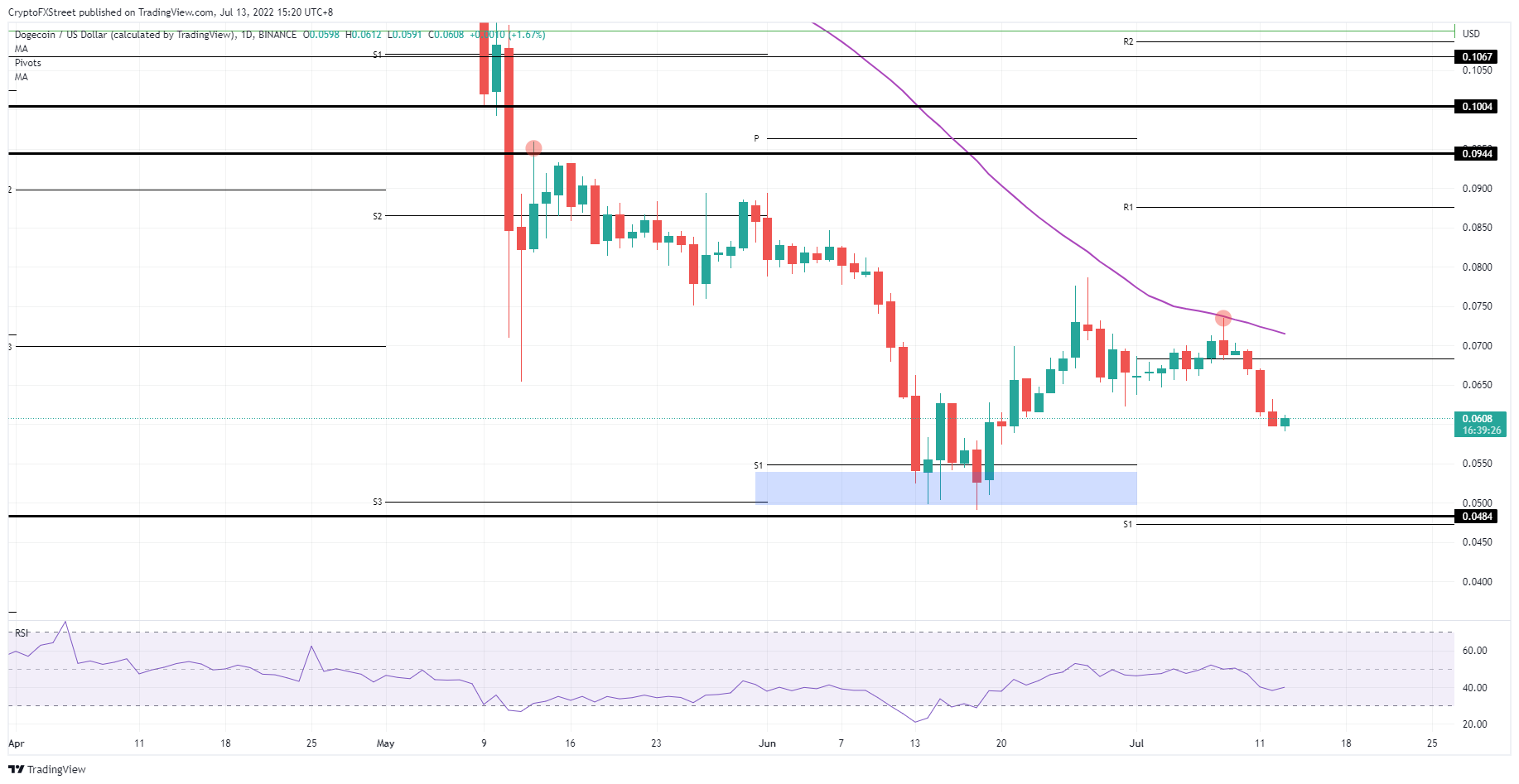 A turnaround could get underway should the central banks, who are just one of the reasons for this cryptocurrency winter, start signalling that the worst is over and inflation gets under control with more positive growth forecasts at hand. This would make households and families invest more into cryptocurrencies, away from safe havens like the almighty US dollar. DOGE price would quickly see a pop towards $0.07 against the 55-day Simple Moving Average before rallying to $0.09 in a staggering recovery rally.