Dogecoin price shows a chance for reversal while one of the meme coin’s biggest proponents – Elon Musk – is likely to be stuck in a lawsuit.

Recent reports inform that Tesla CEO Elon Musk might catch himself in the midst of a legal battle with Twitter Inc. After Musk reached an agreement to buy Twitter, a social media platform, the Tesla boss and notable Dogecoin backer has since backed down.

The reasons for the Dogecoin proponent come as Twitter failed to disclose statistics about the problem plaguing its platform – bots that spam the network. The social media giant is reportedly hiring Wachtell, Lipton, Rosen & Katz to pursue this lawsuit.

Twitter chairman Bret Taylor tweeted on July 9 that the,

Twitter Board is committed to closing the transaction on the price and terms agreed upon with Mr. Musk and plans to pursue legal action to enforce the merger agreement. We are confident we will prevail in the Delaware Court of Chancery.”

As for the Dogecoin price, investors have nothing to worry about since the markets are becoming less reactive to Musk’s tweets or mentions about DOGE. Perhaps, his SNL appearance in May 2021 ended his sway over the markets, which roughly coincides with the local top formed by Dogecoin price.

Regardless, DOGE seems to be in a position to trigger a recovery rally according to technicals.

Dogecoin price range, extending from $0.049 to $0.078, is likely to be breached after the ongoing retracement. After rallying roughly 60% and exhausting the bullish momentum, DOGE started to retrace and lost 20% of its value to bounce off the range’s midpoint at $0.063.

The rally that emerged from this bounce showed weakness and prematurely retraced to find a stable support level. In its quest to find a firm footing, Dogecoin price is likely to head into the deep-discount mode, extending from $0.055 to $0.060. 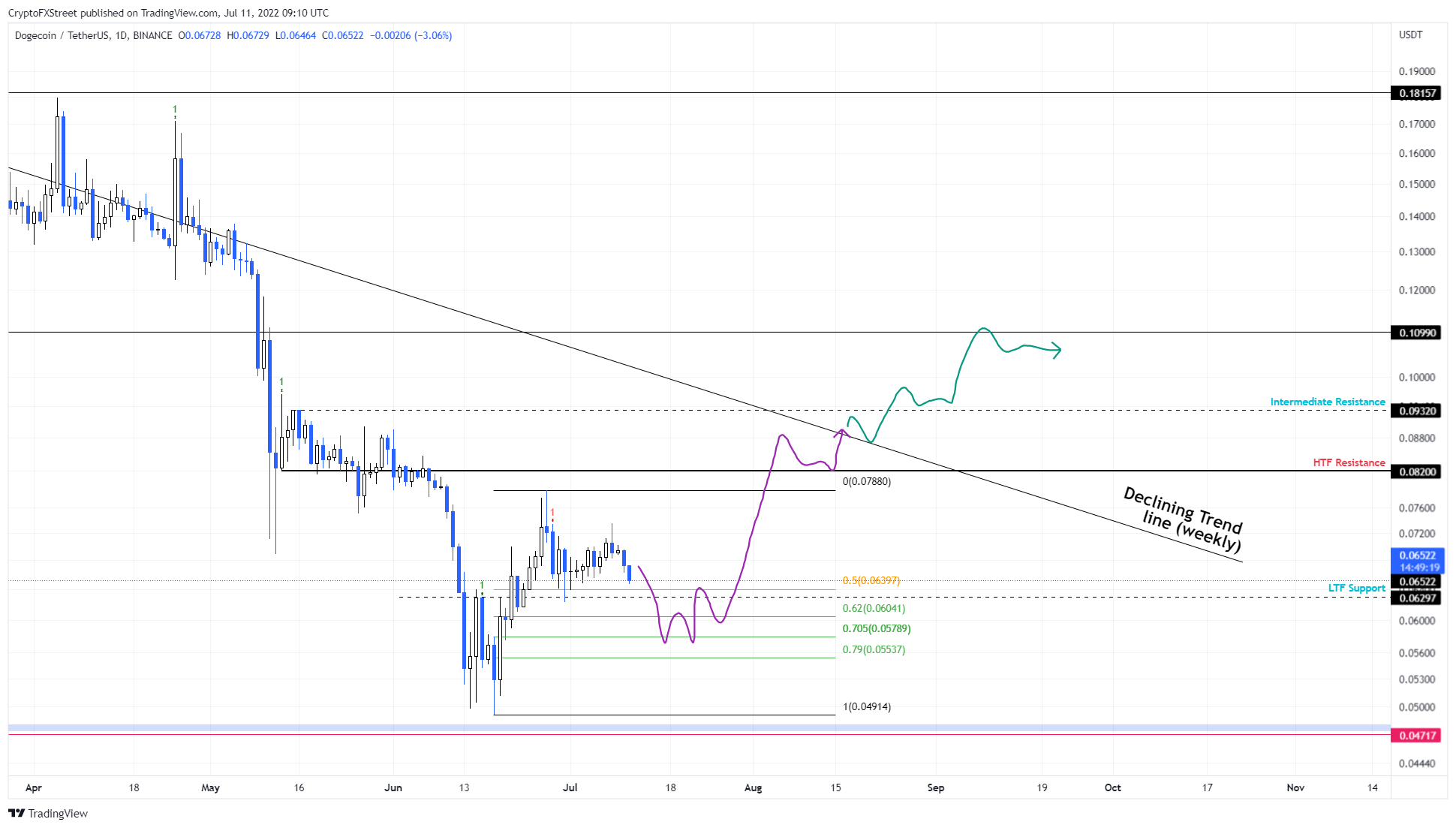 Regardless of the optimistic outlook, if Dogecoin price produces a daily candlestick close below the range low at $0.049, it will create a lower low and invalidate the bullish thesis.

Such a development could trigger a 5% to the $0.047 immediate support level.