Axie Infinity price is traversing a massive top reversal pattern on the three-day chart. The recent crash is a taste of things to come for the massively inflated market value for AXS.

Axie Infinity price has formed a massive head-and-shoulders pattern over the last nine months. This technical formation contains three distinctive peaks, the one in the middle is the head and is the tallest. The two peaks on either side of the head are known as shoulders and are almost equal in height.

This technical formation forecasts a 73% downswing to $11, determined by adding the distance between the head’s peak and the neckline to the breakout point at $44. So far, Axie Infinity price has dropped 46% since its breakout on April 25; there is more to go.

As seen, Axie Infinity price needs to nosedive another 52% to reach its forecasted target at $11. However, this downswing might come after a 10% uptrend to $28 as AXS is currently tagging the $23 support level. 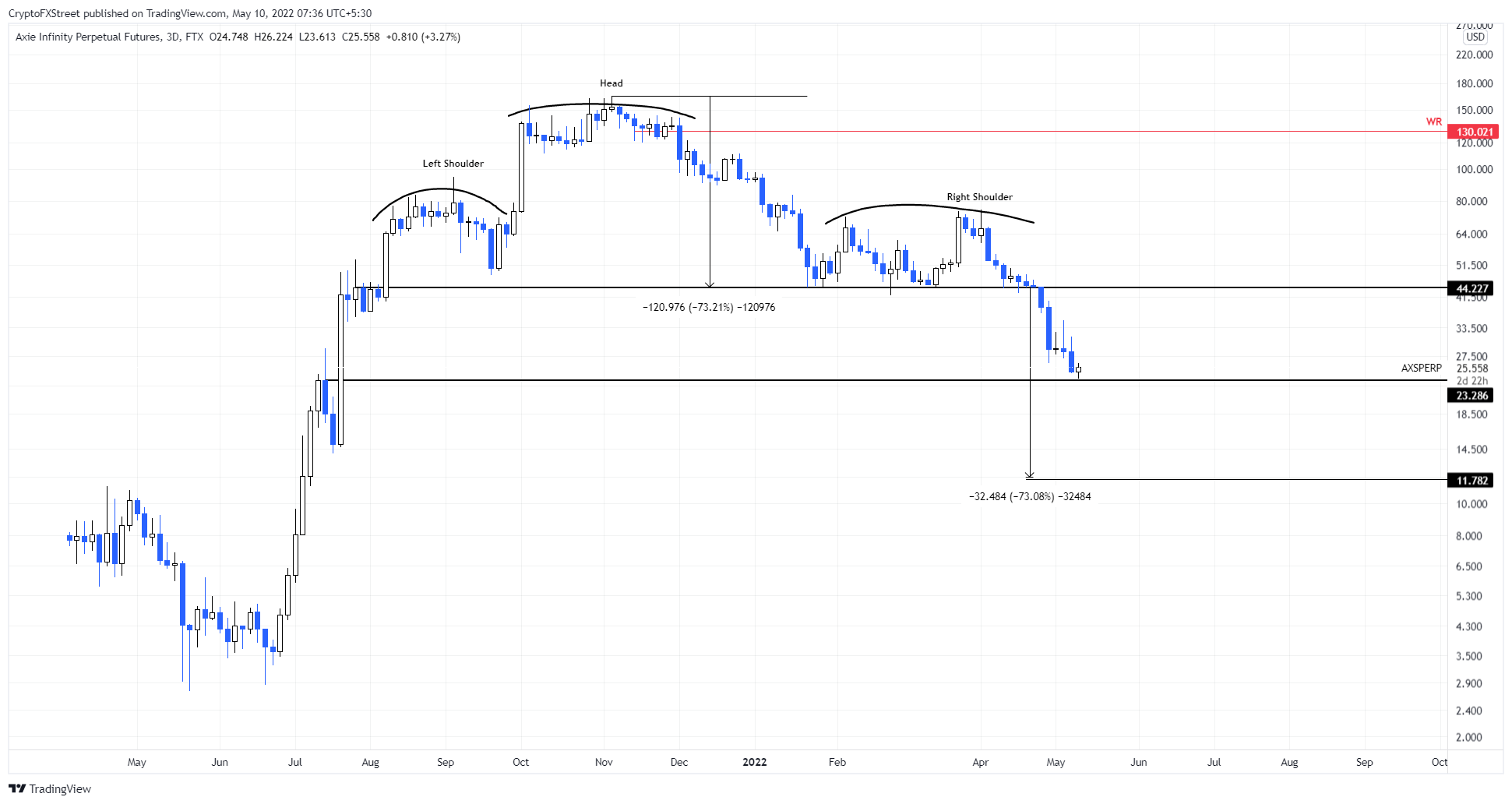 Supporting this steep descent for Axie Infinity price is IntoTheBlock’s Global In/Out of the Money (GIOM) model. This index shows that the immediate support level, extending from $15.53 to $8.06 is the only stable support level.

Here, roughly 2,100 addresses that purchased nearly 12 million AXS are “In the Money.” Interestingly, this support area coincides perfectly with the forecasts from the technical outlook. The holders in this area could absorb the selling pressure by adding more to their holdings, purging the downswing.

While things are looking extremely bearish for Axie Infinity price, there will be a chance for bulls to recover. A three-day candlestick close above $44 will invalidate the head-and-shoulders’ bearish thesis for Axie Infinity price. In such a case, AXS could attempt to set a higher high above the right shoulder’s high at $75.45.