Axie Infinity price is at risk of a sharp decline as AXS is forming a bearish chart pattern, projecting a 31% drop. The key support at $95.24 is a critical point to watch as slicing below this level could spell trouble for the bulls.

Axie Infinity price has formed a descending triangle pattern on the 4-hour chart, indicating a bearish forecast. AXS could be headed for a 31% plunge if it fails to hold above a crucial foothold.

The first line of defense for Axie Infinity price is at the December 4 low at $98.30. Losing this area of support may see AXS drop further to tag the lower boundary of the prevailing chart pattern at $95.41, which connects the December 6 and December 11 lows.

However, dropping below the aforementioned foothold would put the 31% nosedive on the radar, as the bears aim for $65.96 next, the target given by the descending triangle pattern.

Axie Infinity price may retest key lines of defense before dropping toward the pessimistic target. AXS may discover reliable support at the September 6 high at $85.24, then at the 127.2% Fibonacci extension level at $79.58.

Additional foothold may emerge at the September 9 high at $72.28 before Axie Infinity bears attempt to drive prices down toward the pessimistic target at $65.96. 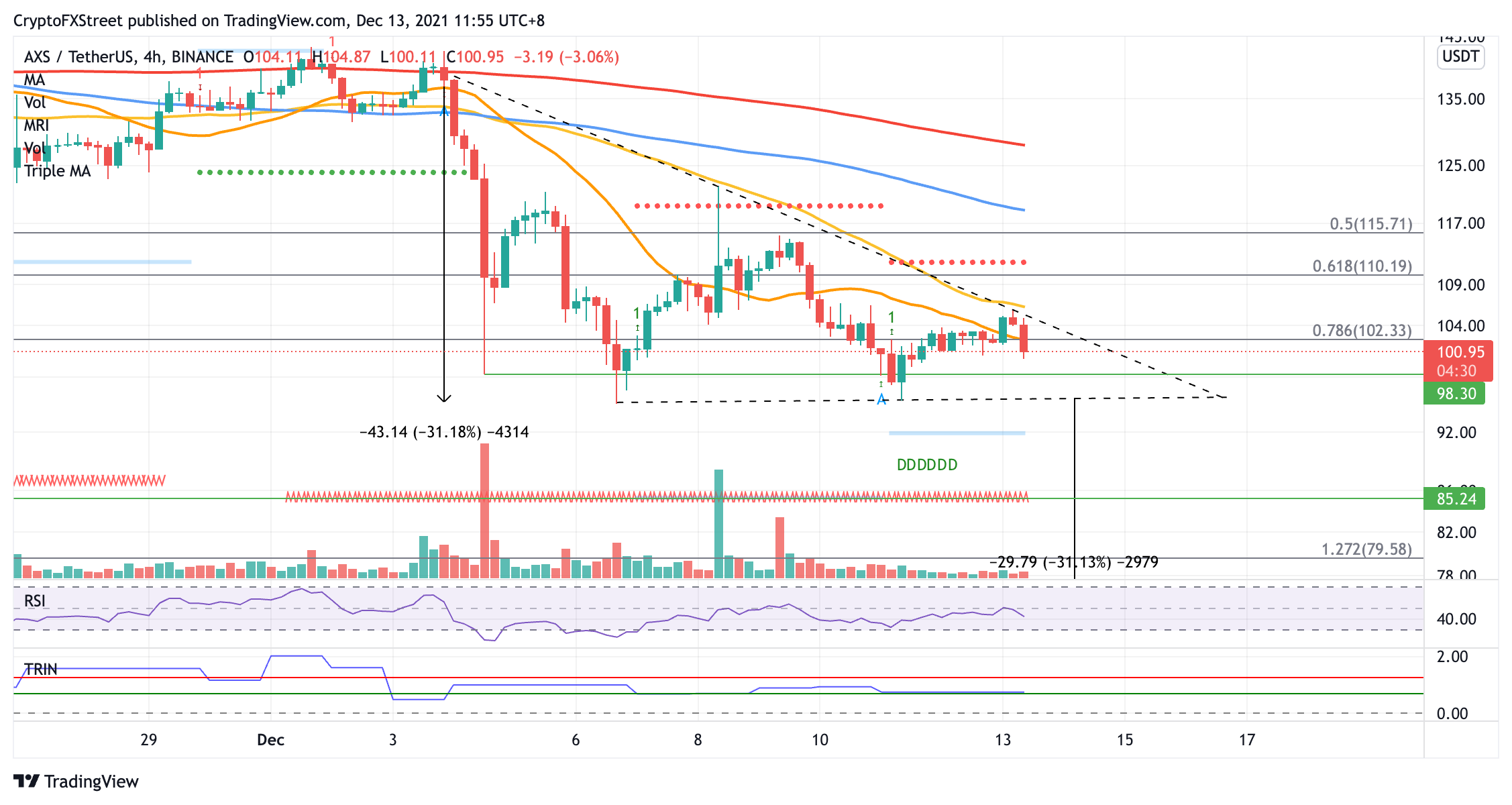 However, if a spike in buy orders occurs, AXS bulls may aim to challenge the nearest resistance at the 78.6% Fibonacci retracement level at $102.33. Axie Infinity price would meet an additional obstacle at the upper boundary of the descending triangle at $105.39, coinciding with the 50 four-hour Simple Moving Average (SMA).