Digital assets recorded a fairly volatile week, where the total market cap ranged from $240bn to $260bn. After several attempts of breaking below the $7,400 support level, BTC spiked by 4% on Monday afternoon towards $8,000. All major assets have followed the price action of BTC, which has resulted in $8bn being pumped back into the the total market cap, where Litecoin surgedby 20%. Last week the best performers among the top-30 assets were Chainlink (30.2%), Litecoin (23%) and VeChain (9.1%).

Figure 1. The performance and market capitalisation of top-30 cryptocurrencies (by MktCap) 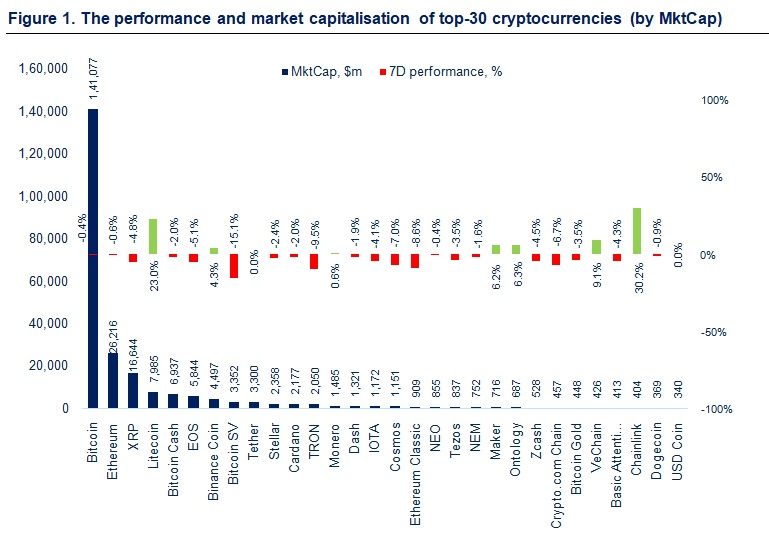 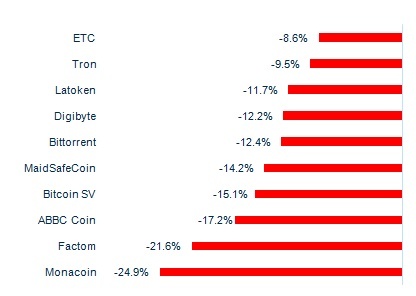 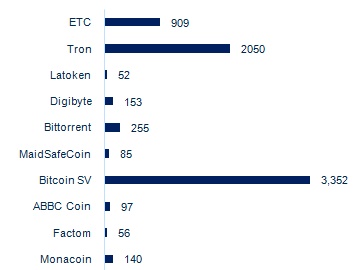 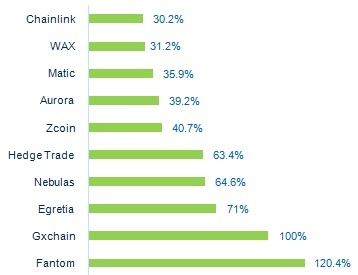 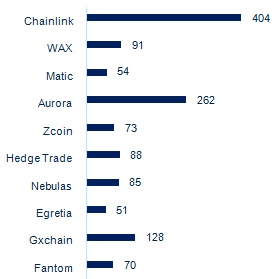 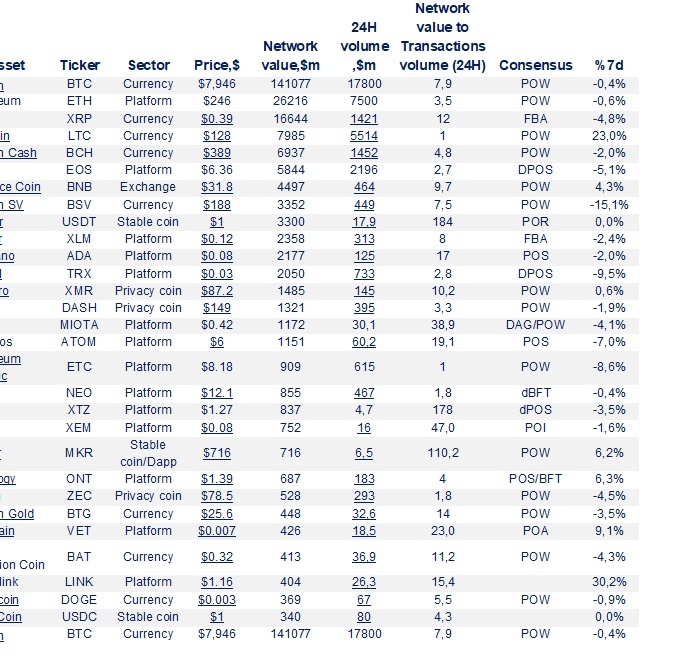 OKCoin Launches Euro Trading and Malta Office
Crypto exchange OKCoin has launched its services to non US customers, who can now deposit and withdraw euros, as well as participate in euro spot trading for BTC, ETH and BCH. Apart from expanding its trading, OKCoin has opened an office in Malta, in compliance with the Virtual Financial Asset Act, regulated by the Malta Financial Services Authority.

Marshall Islands to Launch Government-Backed Token SOV
The Marshall Islands has announced a not-for-profit, independent development fund to manage its government-backed token SOV. SOV will be accepted at all major vendors in the island nation. 53,000 residents are free to continue to use the US Dollar.

Facebook to Reveal Its Crypto Project Details on 18th June
Facebook’s Head of Financial Services & Payment Partnerships for Northern Europe, Laura McCracken, told German magazine WirtschaftWoche, that the Libra project white paper would debut June 18th, and that the cryptocurrency would indeed be pegged to a basket of currencies rather than a single one like the US dollar, to prevent price fluctuations.

Facebook also plans to charge a $10m license fee for the right to operate its node and hopes to launch its network with 100 nodes, generating $1 billion in licensing fees.

Entoro Capital Partners with Unicorns Exchange for Secondary Private Placements
Entoro Capital and Unicorns Exchange have entered into a strategic partnership to launch a new marketplace for unicorns and late-stage secondary private placements. By utilizing blockchain technology, buyers will have the option to receive the shares as Traditional Securities or Digital Securities in a regulated securities environment. If buyers select to receive digital securities, the shares are digitized in an SPV. This effort democratizes global access to Pre-IPO companies in order to lower the barrier to entry for investing. Entoro is offering investors the opportunity to acquire positions in WeWork, DiDi, Ripple, Kraken, Grab, and PayTM.

SEC Files Lawsuit against Kik ICO
The U.S. Securities and Exchange Commission (SEC) is suing Kik for allegedly running an unregistered securities sale when it launched an ICO for its kin token in 2017. Kik violated Section 5 of the Securities Act of 1933, which requires offerings to be registered.

Japanese Tax Authorities to Combat Under-Reporting Crypto Investors
The Tokyo Regional Taxation Bureau is planning to introduce measures to combat under-reporting. The authorities are planning to ask private-sector exchange operators to give them the names of their clients if they fulfill certain requirements. In Japan, cryptocurrency-related gains are classified as miscellaneous income, which doesn’t have to be reported by salaried employees if it is under 200,000 yen. If the gains exceed 200,000 yen, the investor is expected to pay a tax of up to 55 per cent.

India Proposes Bill to Ban Use of Cryptocurrencies
India has proposed a draft bill banning crypto mining, holding, buying, or selling, with offenders facing up to ten years in prison.

Ethereum confirms the market's weakness in the short term as it closed yesterday at the price level of $195.5. Closing below the $200 level with such a small margin shows that the bulls are not in the business of defending the price structure to keep it up.

BCH/USD drawing nigh to $230 seller congestion

Bitcoin Cash has bounced off the support zone between $220 and $225. This cryptocurrency like many others, extended the bearish action during the weekend session.

ETH/USD makes its way above $200, the recovery is slow

Ethereum bears took ETH price below psychological $200 on Monday, but a fresh buying interest located around this level helped to push the price back inside the previous consolidation range.

ADA/USD may retreat to $0.0450 before another bullish wave

Cardano (ADA) hit the intraday low of $0.0509 during early Asian hours and recovered to $0.0532 by press time. Despite the recovery, the coin is still nearly 7% lower from this time on Sunday.

Bitcoin Weekly Forecast: BTC bulls are nowhere to be seen

Bitcoin attempted a recovery towards $10,000 but ended up at $9,100. The first digital asset printed the second red candle on a weekly chart. It is an alarming signal for the long-term bull as BTC may be vulnerable to deeper losses.