Over the past week, cryptocurrency investors have witnessed the rise and fall of dog-themed tokens. One of the most prominent meme-based dog coins, Shiba Inu, has received massive traction as crypto exchanges, including Binance and FTX, rushed to list the digital currency.

Vitalik Buterin was gifted a great amount of canine-themed cryptocurrencies, as creators of the tokens believe that this process could legitimize and protect its circulation.

The Ethereum figurehead dumped a part of the dog tokens, pulling the rug on his canine-themed gifts last week. Buterin donated 50 trillion SHIB to the India Covid Relief Fund and transferred other dog coins to a fundraising platform.

The crypto billionaire destroyed 41% of the total Shiba Inu in circulation, by sending 410 trillion of the meme-based coin to a dead wallet address. The amount of SHIB burned equates to round $7 billion.

Along with the transaction, Buterin wrote a note for the SHIB community, stating:

I’ve decided to burn 90% of the remaining Shiba tokens in my wallet. The remaining 10% will be sent to a (not yet decided) charity with similar values to cryptorelief (preventing the large-scale loss of life) but with more long-term orientation. 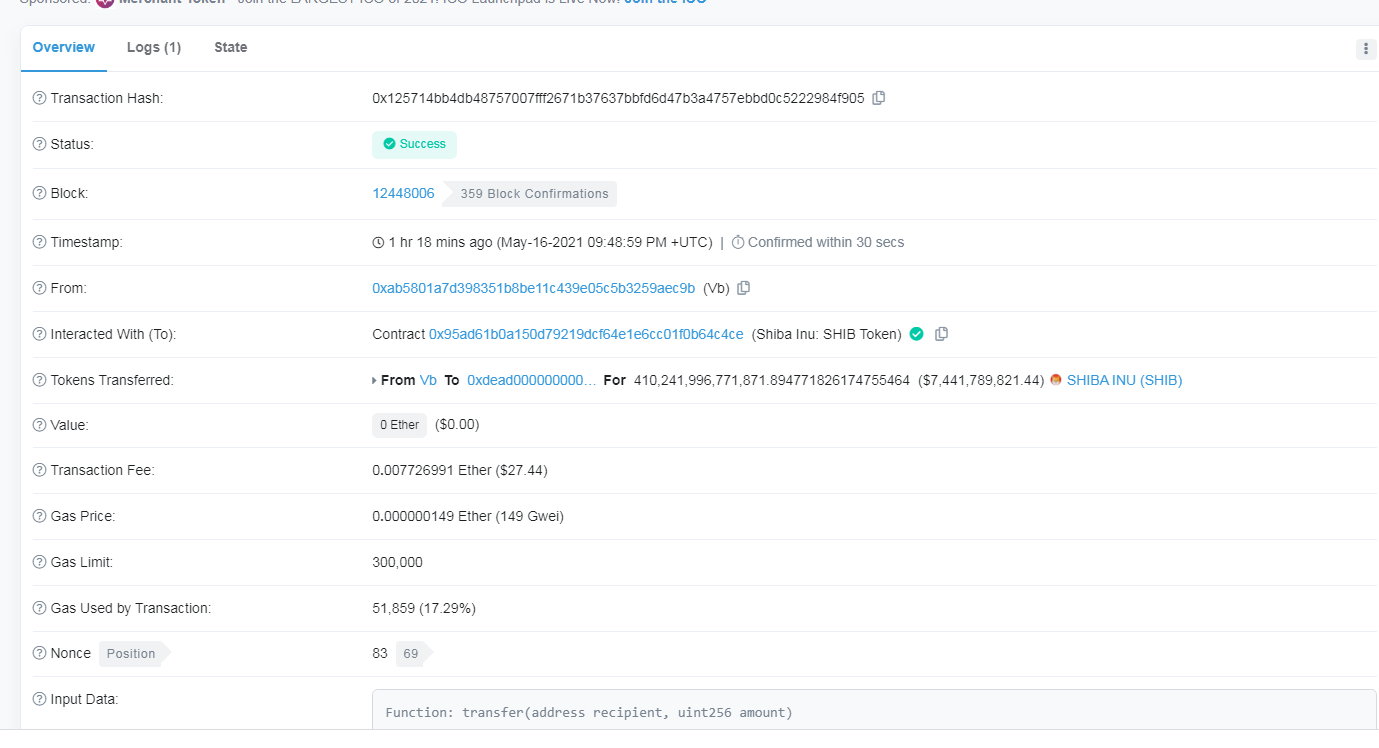 The Ethereum co-creator added that holding the remaining tokens in his public wallet forever was not an option. For security reasons, he explained that the coins would have to be moved to a better wallet, therefore, he may as well make a useful move immediately. Buterin explained:

I’ve actually been impressed by how the dog token communities have treated the recent donation! Plenty of dog people have shown their generosity and their willingness to not just focus on their own profits but also be interested in making the world as a whole better. I support all who are earnestly doing that.

Buterin further warned project creators to avoid sending new coins to his public address without his consent in the future.

Following the burn of the SHIB tokens, Shiba Inu price rose by nearly 40% to a local high of $0.00001960, as social media was flooded with positive sentiment. Many speculators suggested that Buterin’s transaction could be the fuel that could send Shiba Inu to the moon.

Since the circulating supply of SHIB has been halved in a matter of hours, each Shiba Inu token is scarcer than ever before. However, considering that meme-based coins are based almost exclusively on speculation, a particular action does not always mean that its value will skyrocket.