Buterin believes the Bitcoin Stock-to-Flow model proposed by Plan B is unreliable. On June 18, the Bitcoin price invalidated the model for the first time, dropping below the lower bound and raising questions about its validity.

On June 18, 2022, Bitcoin price plummeted to a low of $17,600 and breached the lower bound of the Stock-to-Flow model for the first time. This has called the mathematical model's validity in question.

The Stock-to-Flow (S2F) model proposed by Plan B suggests that Bitcoin's price can be forecast roughly and will continue on a steady path upwards, with nearly tenfold returns every four years. The mathematical model compares the existing Bitcoin supply (the total amount available) to the new production flow (the amount mined during a specific year). 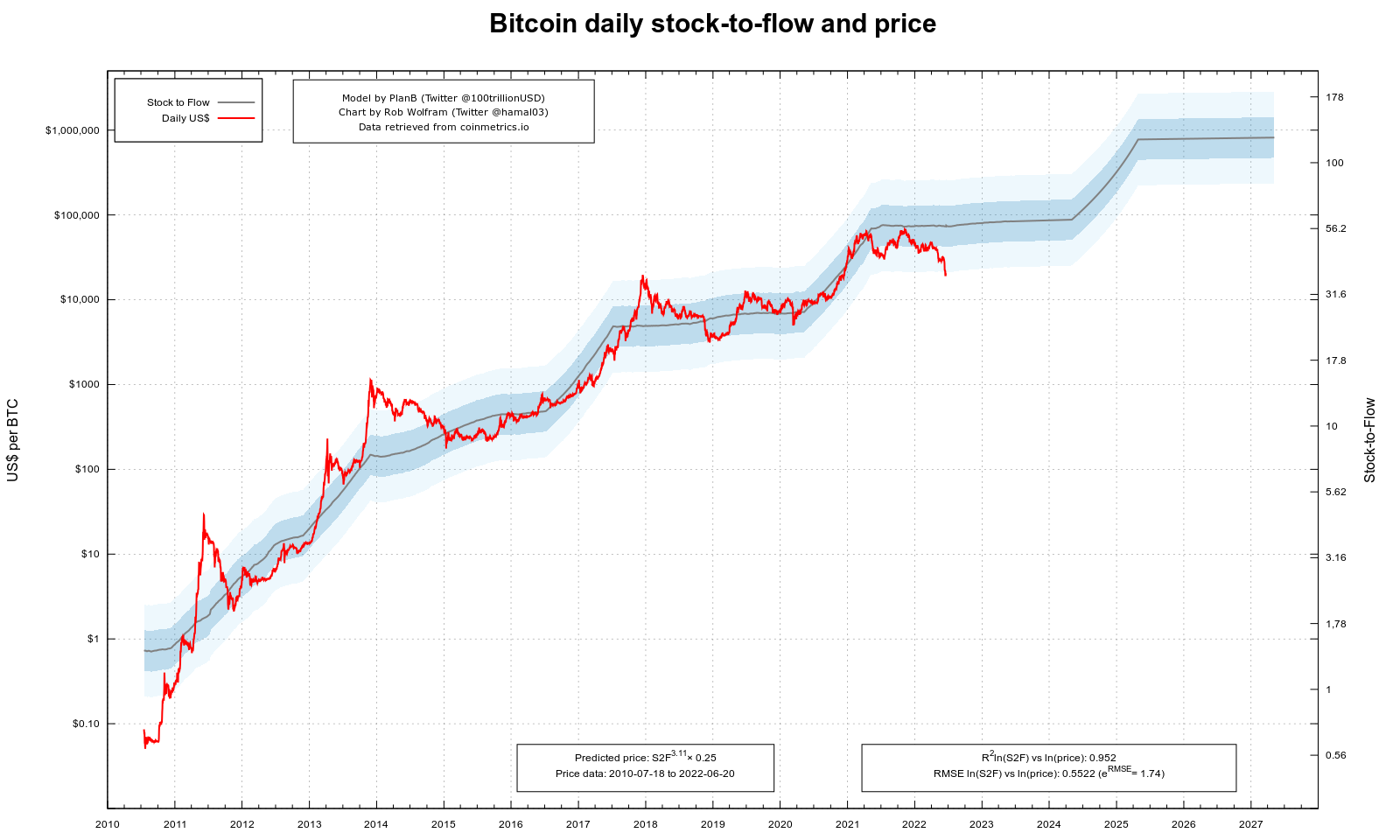 Vitalik Buterin, the co-founder of Ethereum, recently slammed Plan B's Stock-to-Flow model. Buterin argued that financial models that give people a false sense of certainty and project a number or predestination for an asset's price are harmful. The Ethereum co-founder believes such models deserve all the mockery they get.

I know it's impolite to gloat and all that, but I think financial models that give people a false sense of certainty and predestination that number-will-go-up are harmful and deserve all the mockery they get. https://t.co/hOzHjVb1oq pic.twitter.com/glMKQDfSbU

Plan B's model was considered invalidated when Bitcoin price failed to hit $100,000, Wolfram’s projection, by the end of 2021. However, the analyst has persisted in believing in the model, arguing either Bitcoin is extremely undervalued and will bounce back soon or the Stock-to-Flow model will be "less useful" in the future.

Plan B responded to criticism for S2F on Twitter and said that the original model and the newest fit had a good run from March 2019 to March 2022.

#bitcoin S2F original 2019 model (grey) and newest fit on most recent data (white dots). S2F model certainly had a good run from Mar2019 (BTC 4K) to Mar2022 (BTC 45K). For now: either BTC is extremely undervalued and will bounce back soon, or S2F will be less useful in the future pic.twitter.com/JdnLINpzTV

Analysts believe Bitcoin price is close to a bottom