On September 1, Vechain (VET) price was able to get back in the ascending trend channel after breaking below it the days before. Volume was fading in VET after a failed attempt on August 16 on the upper band of the ascending trend channel. The support came from a very responsive level at $0.11 that originated from VeChain’s high on August 8. After that, the level allowed buyers to get in the price action and buy their way up.

VeChain opens up a fresh can of more profits to come

The incentive for buyers is very attractive and hard to resist. With the trend channel, buyers have a trend line to use for entry each time an upward-moving profit target is at hand. This makes it very hard for sellers to pinpoint a place to load up on shorts against VeChain and keeps buyers in control of the price action for VET. 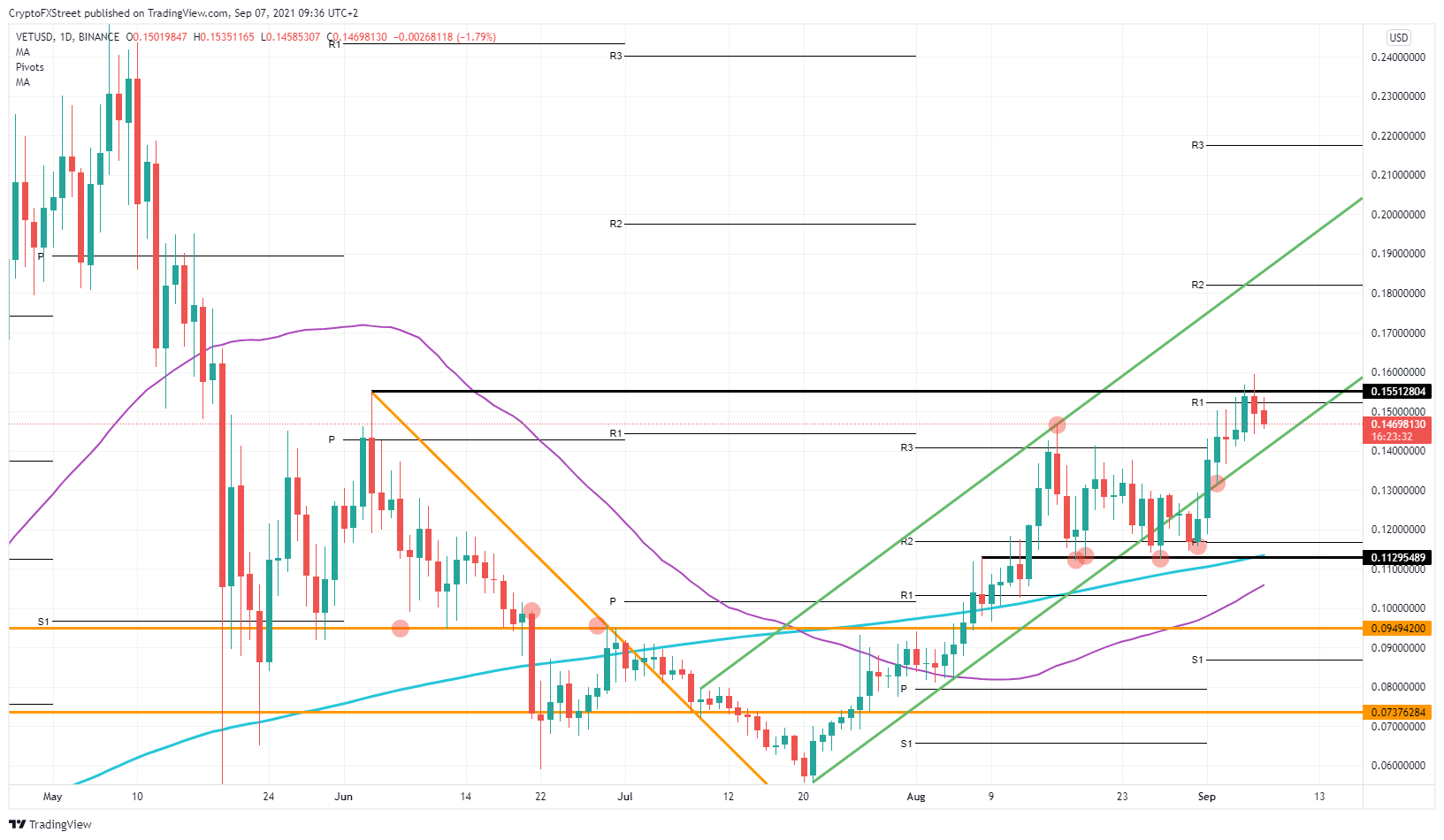 However, buyers will first need to make an effort and push price action beyond $0.16. On September 6, there was a failed attempt to break higher, but buyers refused to make more upside. It will be essential to see in the coming days that the green ascending trend line of the channel is giving enough support for buyers. If that is the case, expect a squeeze against $0.16 and a pop higher if that breaks.

Once that has happened, expect quite a quick move toward $0.18, where the monthly R2 resistance level is, and beyond that it is just a matter of time before $0.20 will be targeted.

Sellers will try to keep shorting at $0.16. Once they get stopped after the squeeze against the base trend line of the trend channel though, expect sellers to play the “wait and see” game before getting back in.