VeChain price has been on a slow upswing after weeks of consolidation. However, the recent ascent breached a crucial resistance level, indicating the start of a new leg-up.

VeChain price is traversing an inverse head-and-shoulders pattern on the 1-day chart. This technical pattern contains three swing lows, with the second swing point known as the head considerably lower than the other two. The valleys on either side of the head are referred to as the shoulders and have roughly equal depths. The peaks of these valleys can be connected using a horizontal trend line to form the neckline.

A decisive close above the neckline at $0.146 forecasts a 60% upswing, obtained by measuring the distance between the head’s lowest point and the neckline. Adding this distance to the breakout point yields a target of $0.234. 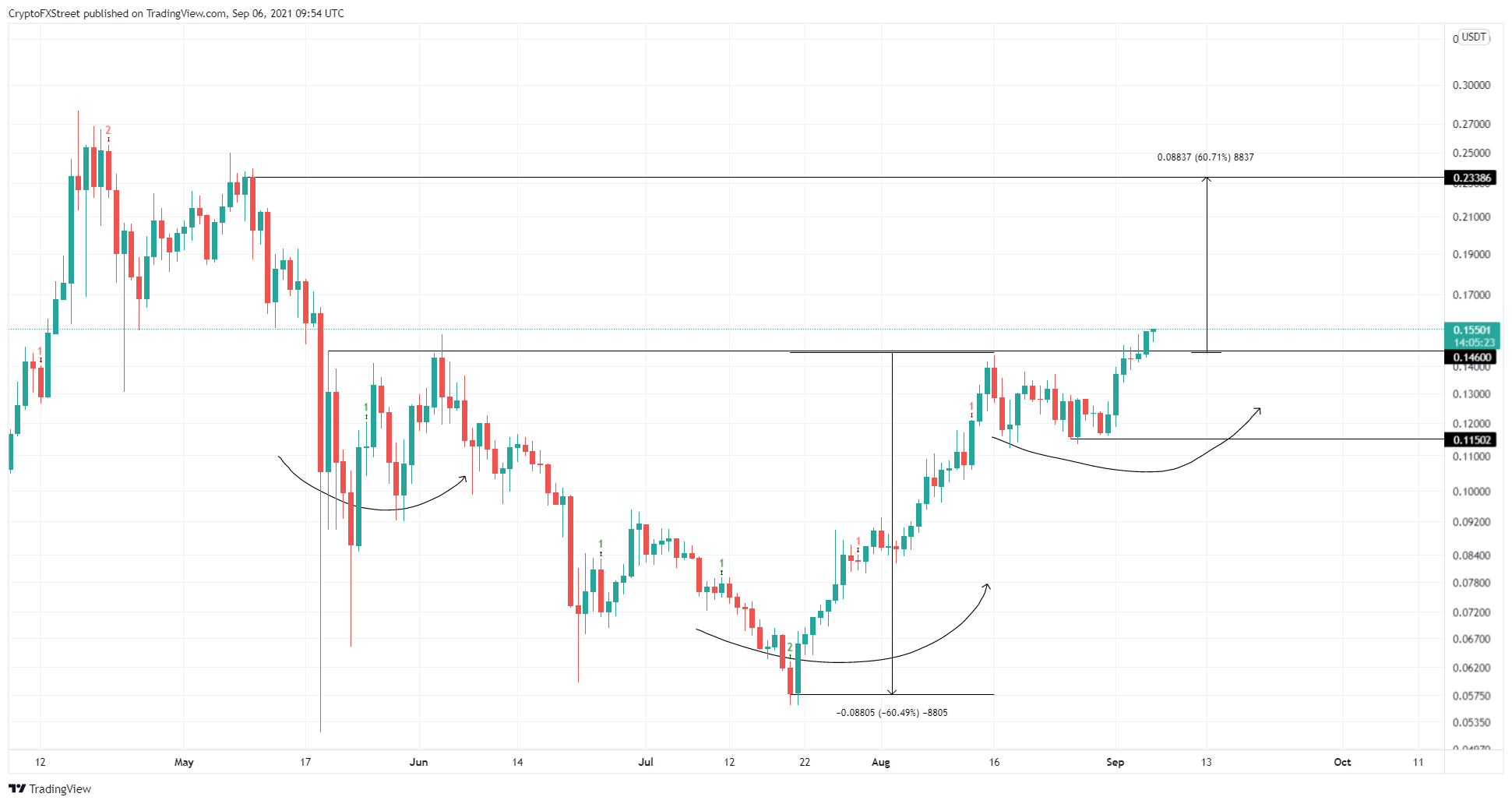 On the other hand, investors should be wary of a downswing that slices through the neckline at $0.146. Such a move will plant fear among investors and could hurt the short-term bullish outlook. In some cases, this might trigger a downswing that would delay the upswing.

However, a decisive close below the $0.115 support level will invalidate the optimistic narrative detailed above.