Bitcoin price is likely to face some underperformance against Ethereum, XRP, and the broader altcoin market. Ethereum price action pushes higher during the Tuesday trading session, making another attempt at new all-time highs. XRP price is close to recovering all of the losses it sustained on Black Friday.

Bitcoin price action to consolidate in the interim

Bitcoin price is currently in a horrible place from a technical analysis perspective. It is in its twelfth consecutive day trading inside the Cloud. The Cloud (red and green shaded areas) within the Ichimoku Kinko Hyo system is an area of indecision, volatility and frustration. It’s the place where trading accounts go to die. Traders should expect to see sideways activity followed by false breakouts until a clear breakout above or below the Cloud. 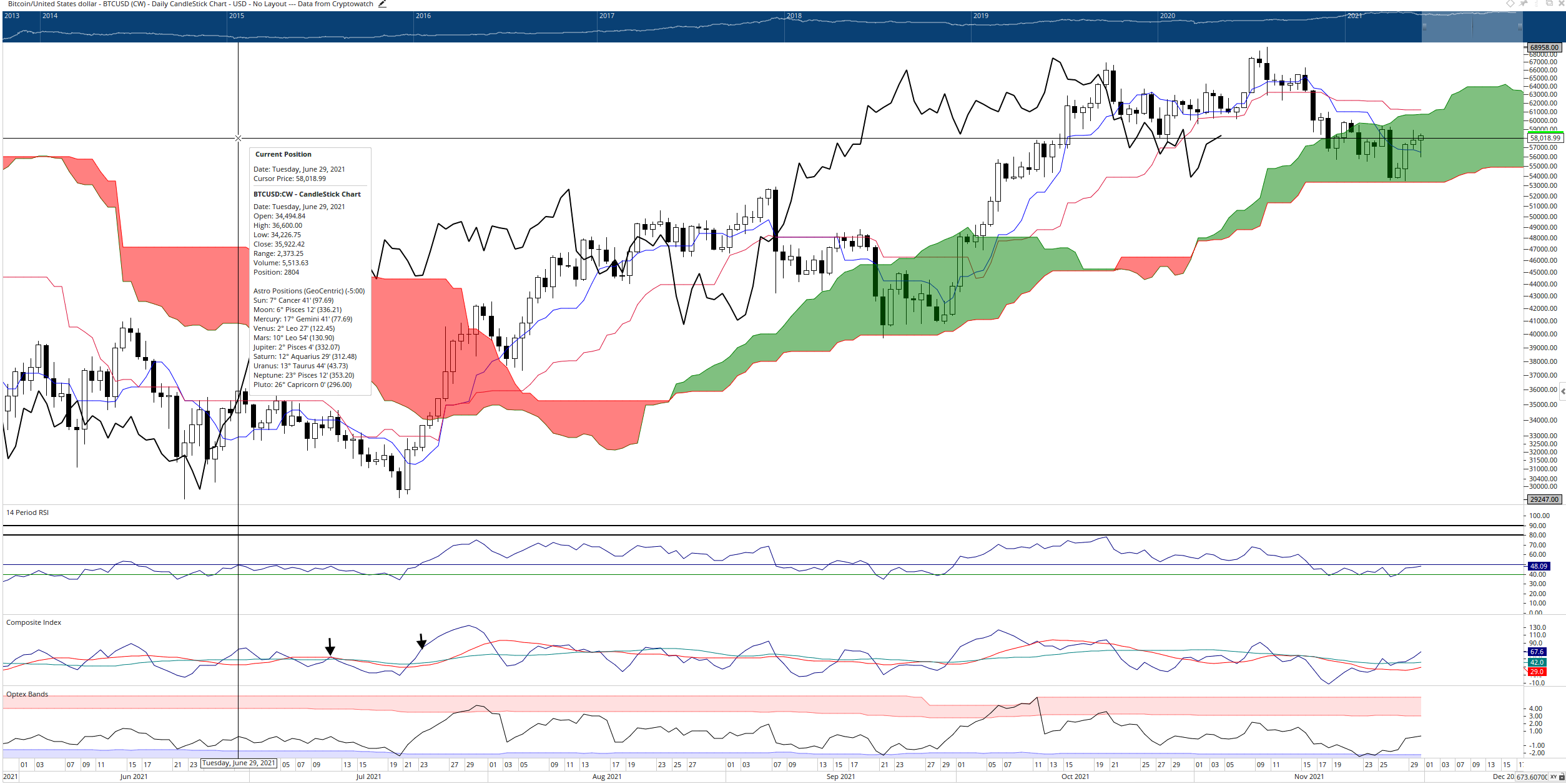 Altcoins should catch a bid throughout December, as Bitcoin trades mostly sideways. A trading range between $53,000 as support and $65,000 as resistance is expected. Any breakout above the Cloud will likely see Bitcoin push new all-time highs near the $77,000 value area.

Ethereum price has been somewhat of a surprise given the bearish sentiment and exiting the bear channel. Ethereum is currently just $200 shy of hitting the prior all-time high, showing resilience and outperformance of the broader cryptocurrency market. However, some warning signs should be observed. 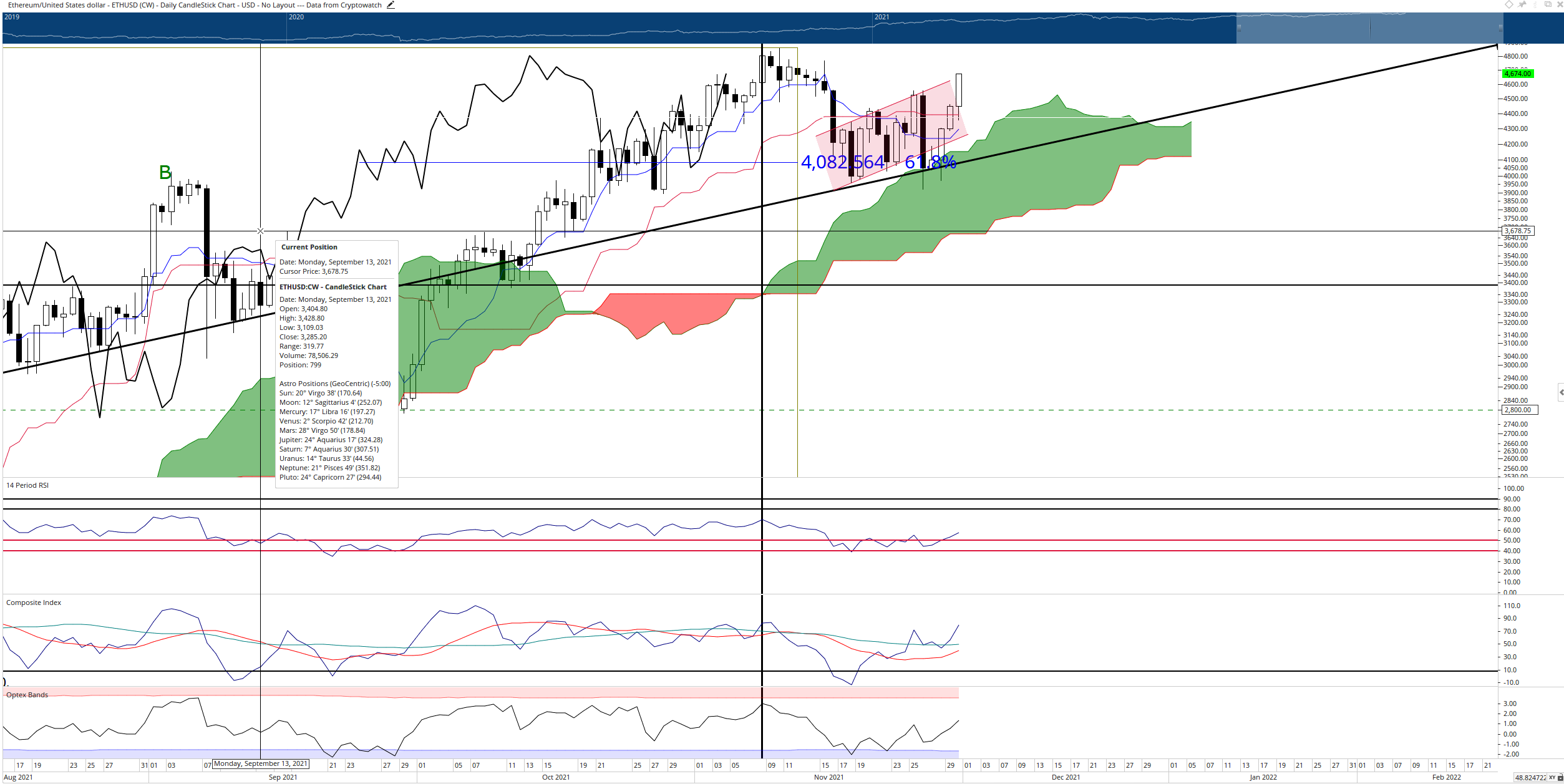 Ethereum is trading up against the upper trendline of a bear flag. At the same time, the Composite Index has printed a high above November 9th high while the corresponding price levels on those dates show lower highs. This creates a form of divergence known as hidden bearish divergence. It is a warning sign that the current swing higher may not be as honest of a move as it appears.

XRP price up over 16% from Sunday lows, looks to extend higher

XRP price may be a barometer for how the rest of the altcoin market may behave in December. XRP’s daily Ichimoku chart forms a significant bear trap, which looks very similar to its peers’. Unlike Ethereum’s chart, which shows evidence of overbought conditions, XRP’s chart shows that a bullish extension is very likely to be sustained.

XRP’s behavior over the past two months has been one of epic frustration for bears. There have been nine occasions when XRP has fulfilled all the Ideal Bearish Ichimoku Breakout entry requirements. Unfortunately for the bears, all nine of those occasions have failed to generate any substantive or sustained selling pressure. This repeated failure has undoubtedly trapped a significant number of short-sellers – creating prime conditions for a short squeeze. 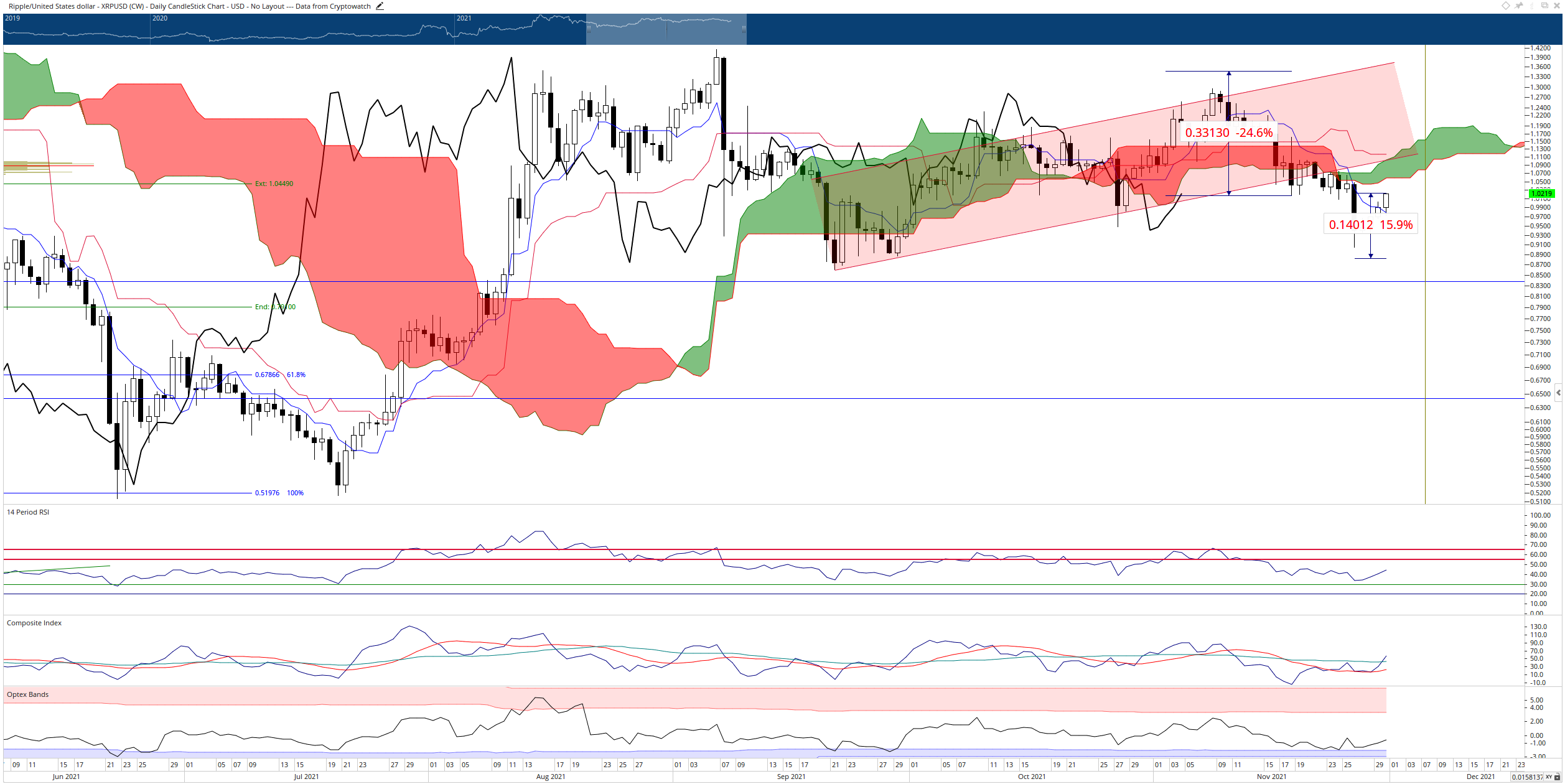 The critical price level for XRP to close above is the $1.15 value area. From there, XRP price would be positioned in a favorable bullish Ichimoku entry condition that positions XRP towards the $3.00 value area. Down-side risks remain limited to the $0.65 value area.

AVAX price is likely to pull back after its 22% rally to the $25.83 support level, providing an opportunity for the next leg. The retracement is key in determining if it investors should add more to their holdings or consider booking profits.