Here are a few factors that are currently limiting the overall circulating supply of Ethereum, which could continue to drive ETH price higher to target bigger aspirations. 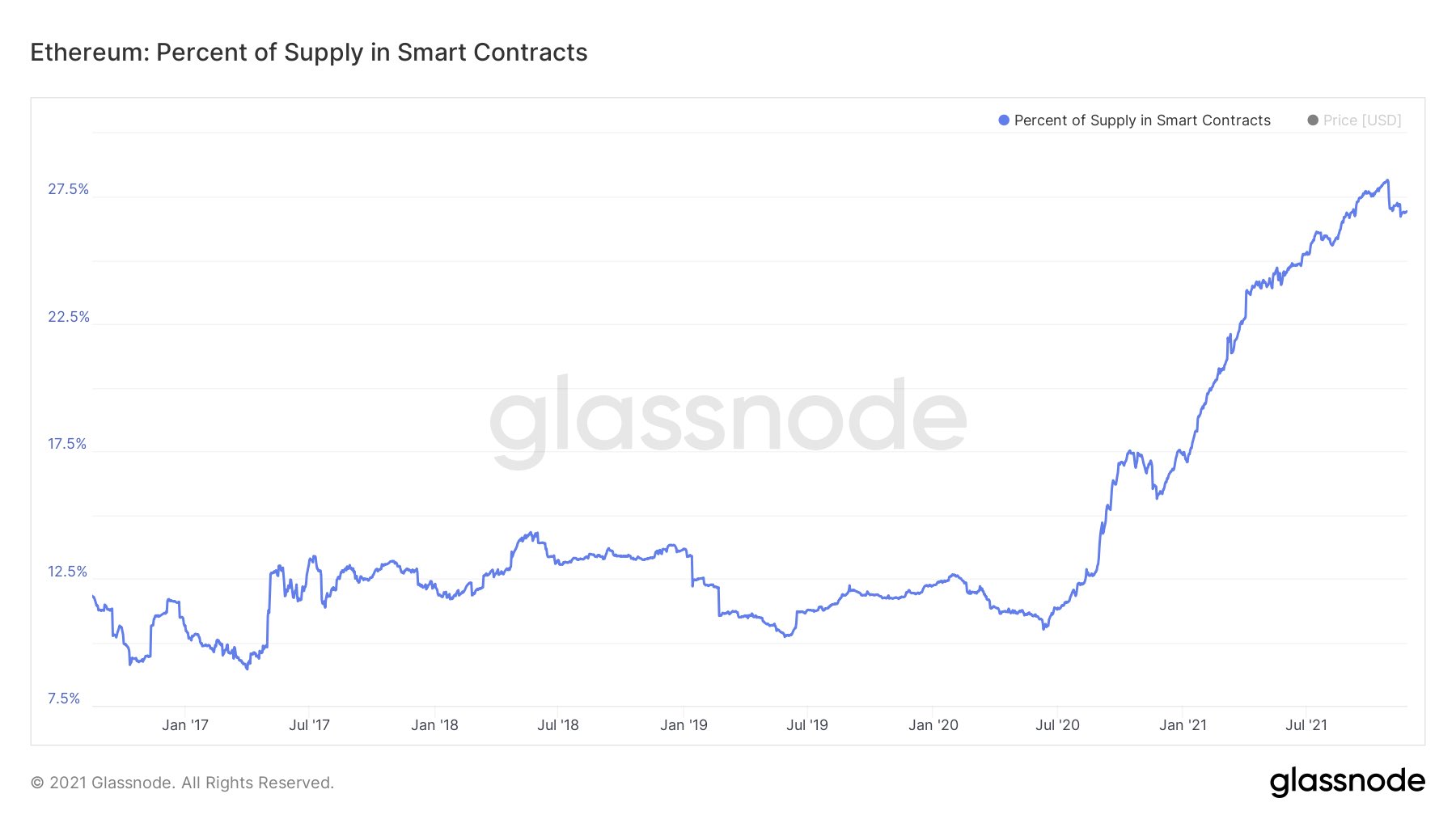 The supply of Ether on exchanges is nearly reaching a three-year low, a trend that started in late 2020. Only 12% of the total supply of Ethereum is on exchanges, down from 17.3% at the start of the year. The low balance on exchanges suggests that investors are not planning to sell, which could dry liquidity and volatility for ETH. 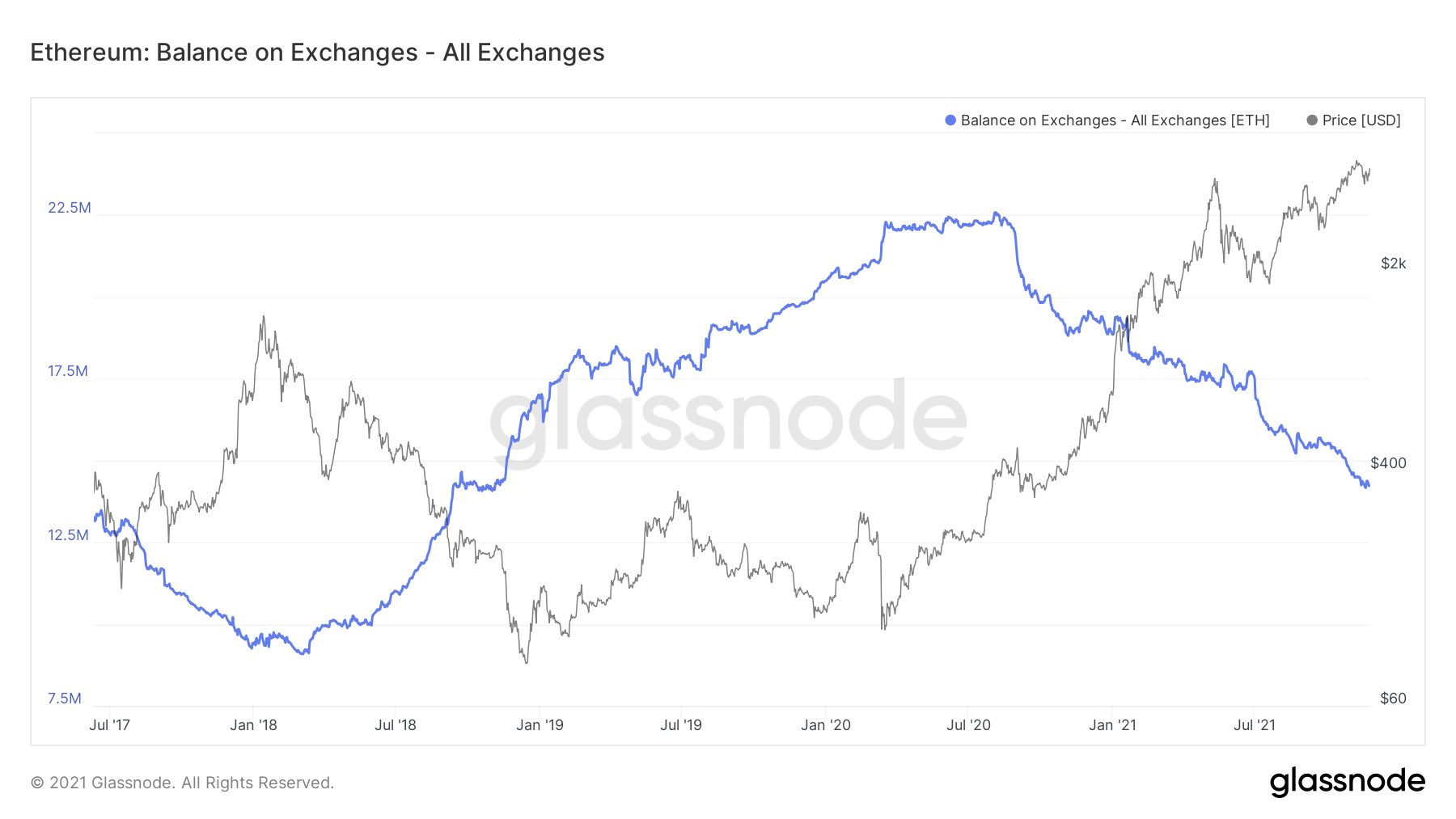 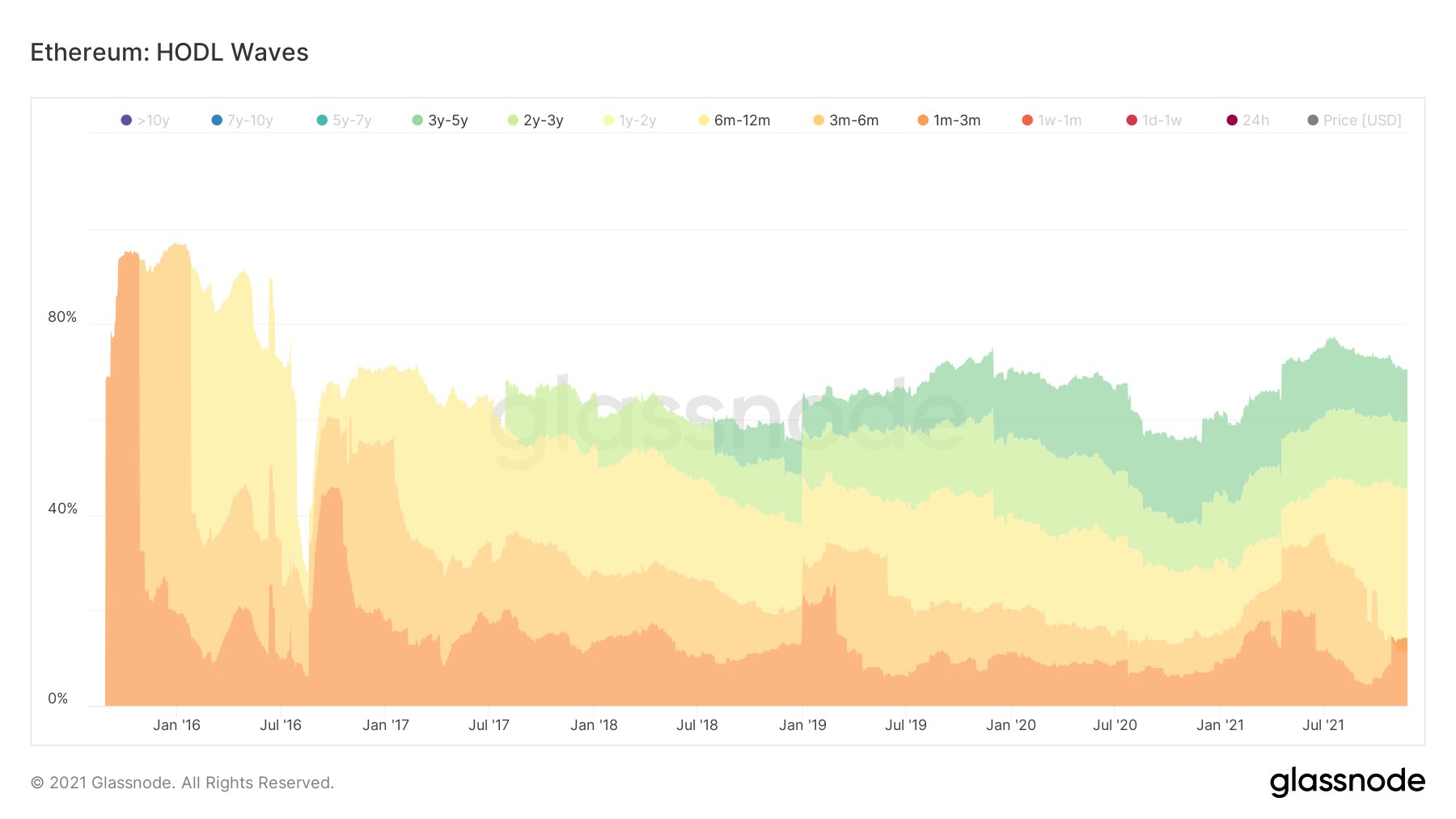 EIP-1550, which introduced a fee-burning mechanism removed over 1 million ETH in circulation in just three months after it was initiated, resulting in nearly 1% of the total supply burnt.

Both the underlying fundamentals and technicals of Ethereum point to a bullish future. Ethereum price presented a cup-and-handle pattern, with a measured move of a 58% upswing toward $6,340 from the neckline of the governing technical pattern.

While ETH sliced above the neckline at $3,971 on October 20, the token has faced challenges with reaching the optimistic target. As long as Ethereum price stays above the neckline, the bullish forecast remains on the radar.

Investors should note that Ethereum price recently reclaimed the 21-day Simple Moving Average (SMA) at $4,373 as support, adding fuel to a potential recovery. The next obstacle for ETH to overcome is at the November 16 high at $4,553, then at the November 15 high at $4,757 before attempting to reach its record high at $4,880. 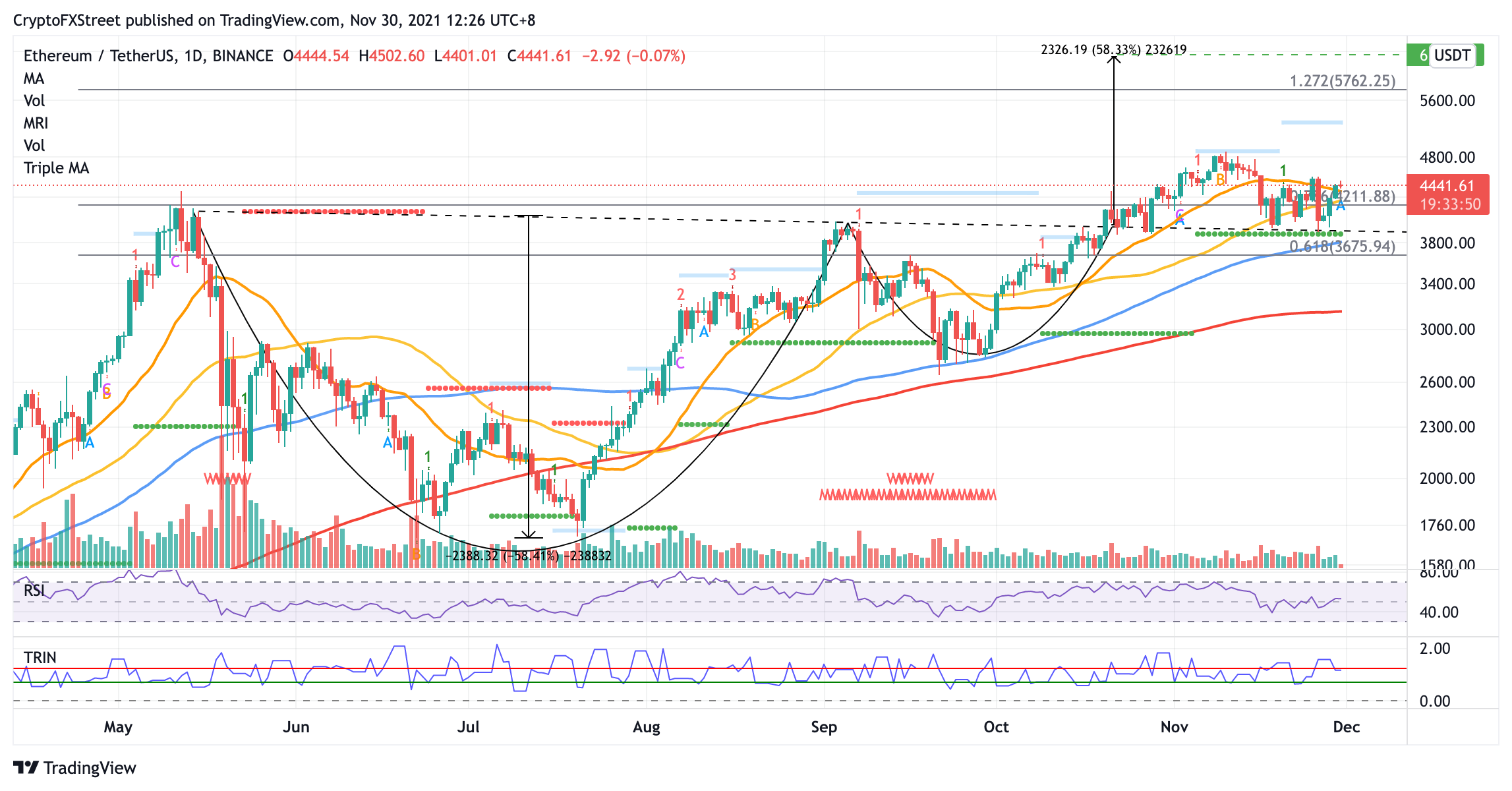