Bitcoin price prepares for its next bullish expansion phase

Bitcoin price has completed several bullish movements over the past week that may confirm a new bullish expansion phase is about to begin. On Friday, March 18, 2022, the first movement was completed with a successful close above the Ichimoku Cloud, the Tenkan-Sen, and the Kijun-Sen.

Following Friday’s success, Bitcoin tested the Ichimoku Cloud as support over the weekend through Monday. Today, Bitcoin price has confirmed the bullish breakout above the Cloud and reacted to the Kijiun-Sen as support. Additionally, Bitcoin has moved above and remains above the 50% Fibonacci retracement at $42,125. 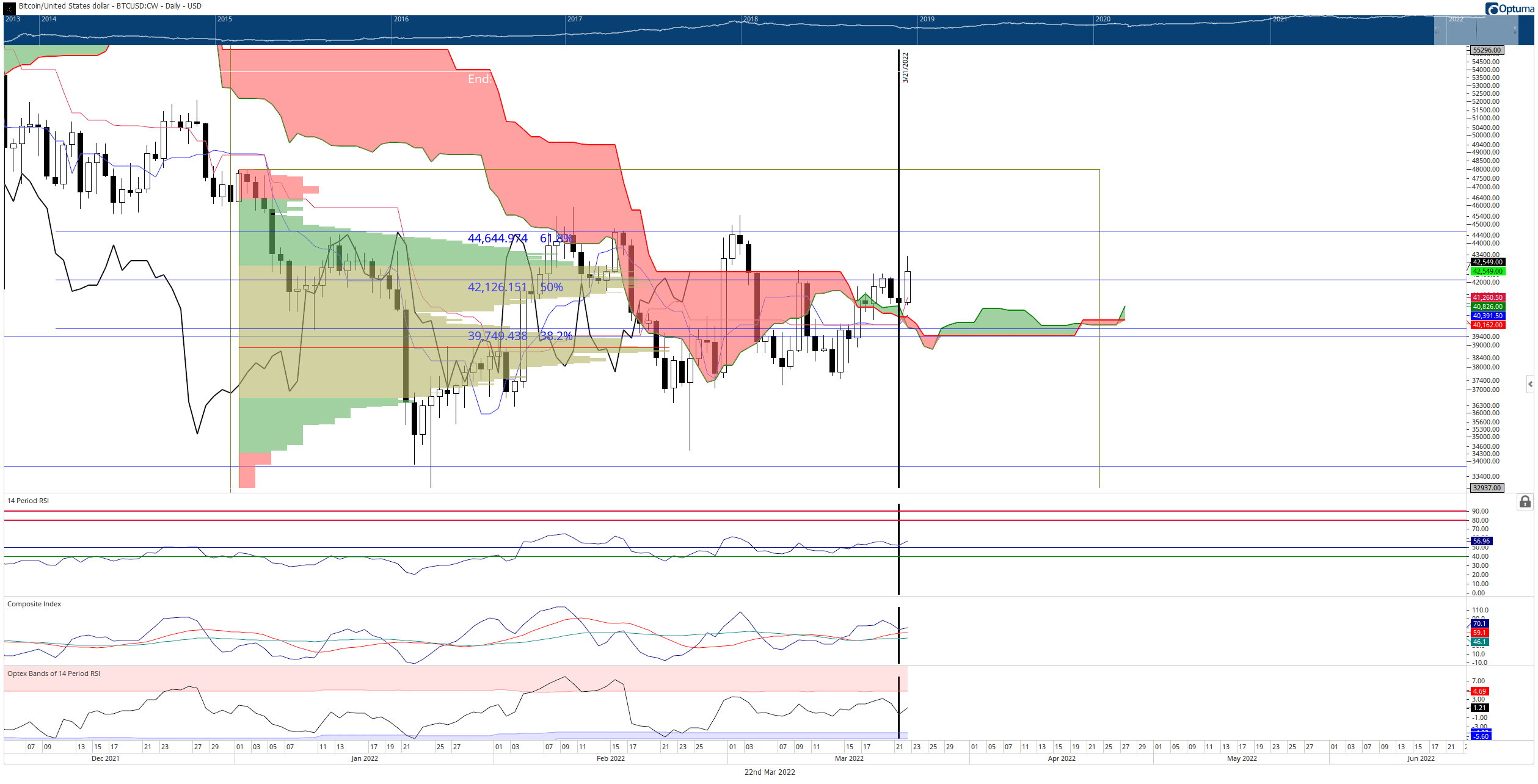 The bullish outlook for Bitcoin price is invalidated if BTC drops below $37,600.

Ethereum price extends its gains to over 20% over eight days

Ethereum price has made some swift progress from the $2,500 price range to the current $3,000 range. Additionally, ETH recently tested and broke above the top of the Ichimoku Cloud - the first such breach since December 9rd, 2021.

The only condition remaining for Ethereum to confirm an Ideal Bullish Ichimoku Breakout is a daily close above the Ichimoku Cloud. A daily close at or above $3,050 would confirm that breakout and put Ethereum price on the path to $4,000. 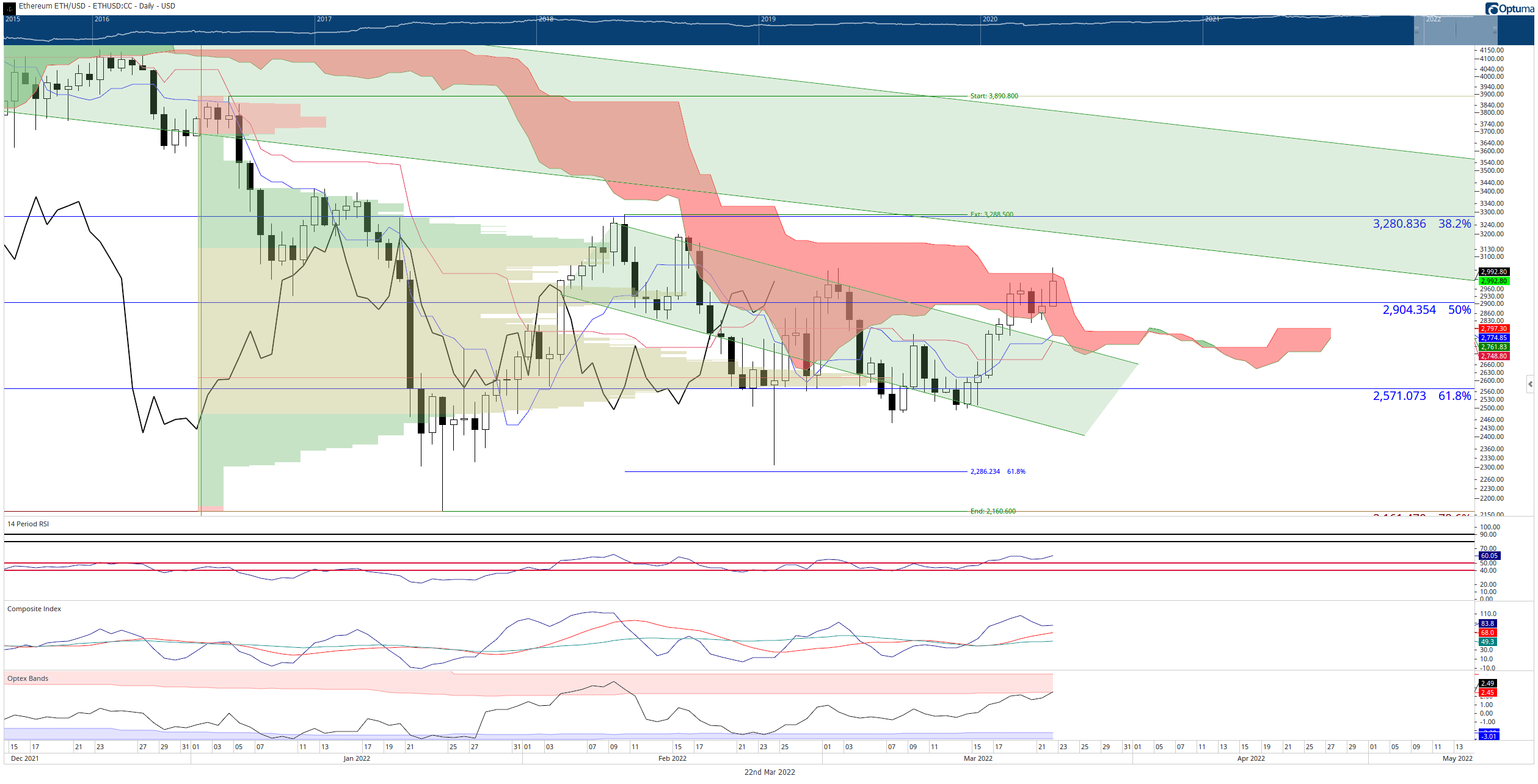 There is continued downside risks for Ethereum price, but the risks are likely limited to the $2,300 value area.

XRP price could pull back before spiking to $1

XRP price action has been a source of disappointment for buyers today. After Monday’s 5% gain, Ripple attempted to expand higher by moving above the 38.2% Fibonacci retracement at $0.84 to hit an intraday and a new one-month high at $0.865. However, sellers entered and pushed XRP into negative territory for the day.

A pullback to the daily Tenkan-Sen at $0.80 may be the primary target for sellers. If that occurs, it would be the tenth consecutive day of the Tenkan-Sen getting tested as support. If XRP price moves to test the Tenkan-Sen, and it holds, then sidelined buyers will likely enter and begin the push to $1. 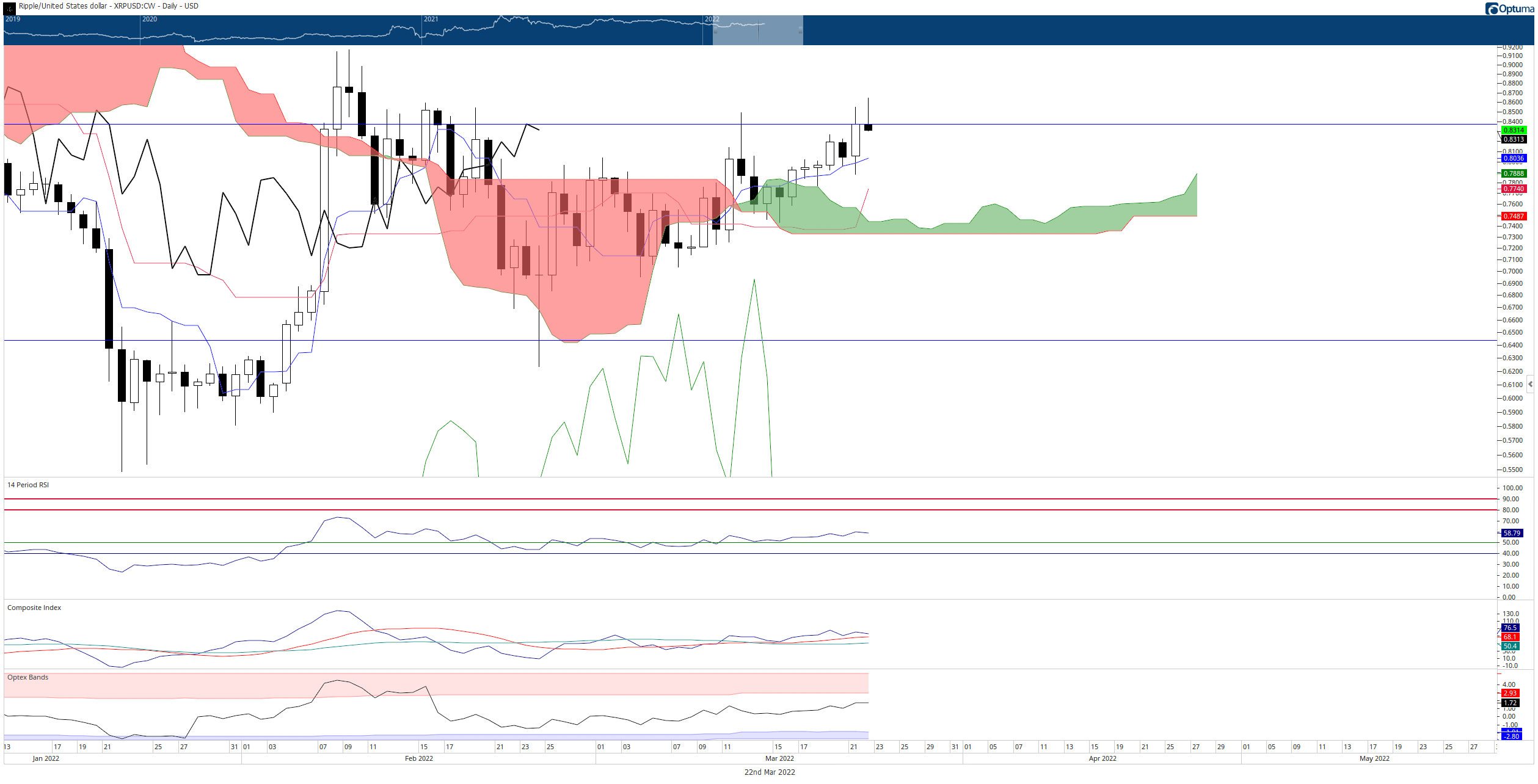 However, downside risks remain a concern. XRP price remains inside a bearish continuation pattern. A daily close at or below $0.73 could trigger substantial selling pressure down to the $0.50 value area.