Bitcoin price saw a sudden uptick in buying pressure causing Ethereum and altcoins to surge. This move can be explained from a technical and on-chain perspective, complementing each other.

Bitcoin and its role in the LUNA bet

The ongoing bet between Terra founder Do Kwan, popular traders Algod.ust and GCR could be a key to understanding why Bitcoin is pumping. The traders speculate that LUNA price will be lower than it was on March 14 while Do Kwan argues that the demand for the altcoin will only increase.

TerraLabs' founder is confident and explains that they will further strengthen the fundamentals of LUNA and stablecoin (UST) by involving Bitcoin. As an explanation, Do Kwan stated in a recent discussion with Udi Wertheimer that they will be buying $3 billion worth of BTC using UST.

Do Kwan stated the purchased BTC will be used as reserves for the company stablecoin UST. In a recent tweet, the founder bumped the number from $3 billion to $10 billion.

$UST with $10B+ in $BTC reserves will open a new monetary era of the Bitcoin standard.

While the bet set a premise, the idea of purchasing billions worth of BTC is bullish no matter how you see it. Although unconfirmed, a closer look at on-chain data reveals unusual inflows to exchanges, which could be a result of TerraLabs buying Bitcoins.

Etherscan data shows a $125 million worth of stablecoin being transferred, opening up speculation among traders. 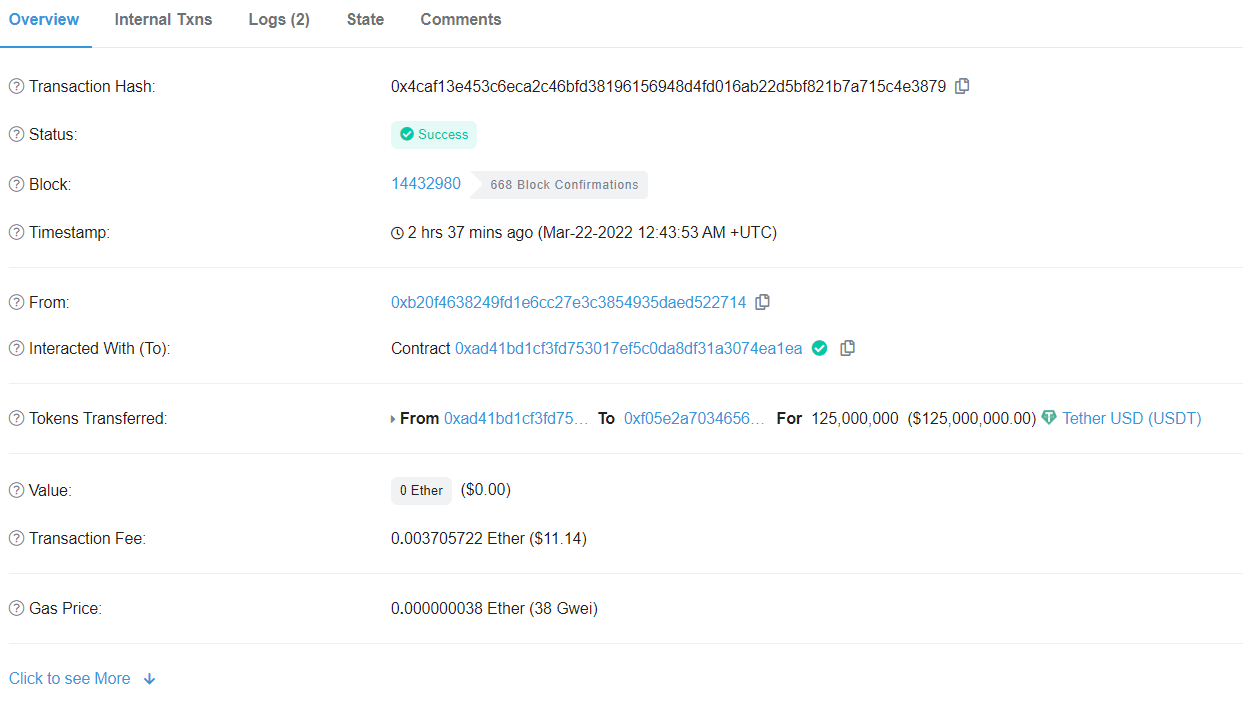 A popular trader with a screen name "Sisyphus" tweeted,

Pretty sure terra bought the entire $125mm they moved in one candle.

Interestingly, the last time stablecoin inflow spiked to $99 million, BTC also saw a similar uptick in its price. While the current move is not a lot in the crypto ecosystem, it has caused altcoins to rise uncontrollably.

Ethereum price, in particular, has rallied 5% and tagged the $3,000 psychological level.

Bitcoin price shows the possibility of a move high as it is currently consolidating inside a symmetrical triangle. This technical formation forecasts a 26% move obtained by adding the distance between the first swing high and swing low to the breakout point.

If the run-up produces a daily candlestick close above the triangle’s upper trend line at $43,300, it will signal a bullish breakout. This move will forecast a 26% upswing to $54,381, which will create a higher high and indicate the start of a bull run.

In such a case, investors can expect a continuation of this uptrend to produce a higher low and eventually a move back to the $60,000 psychological level. 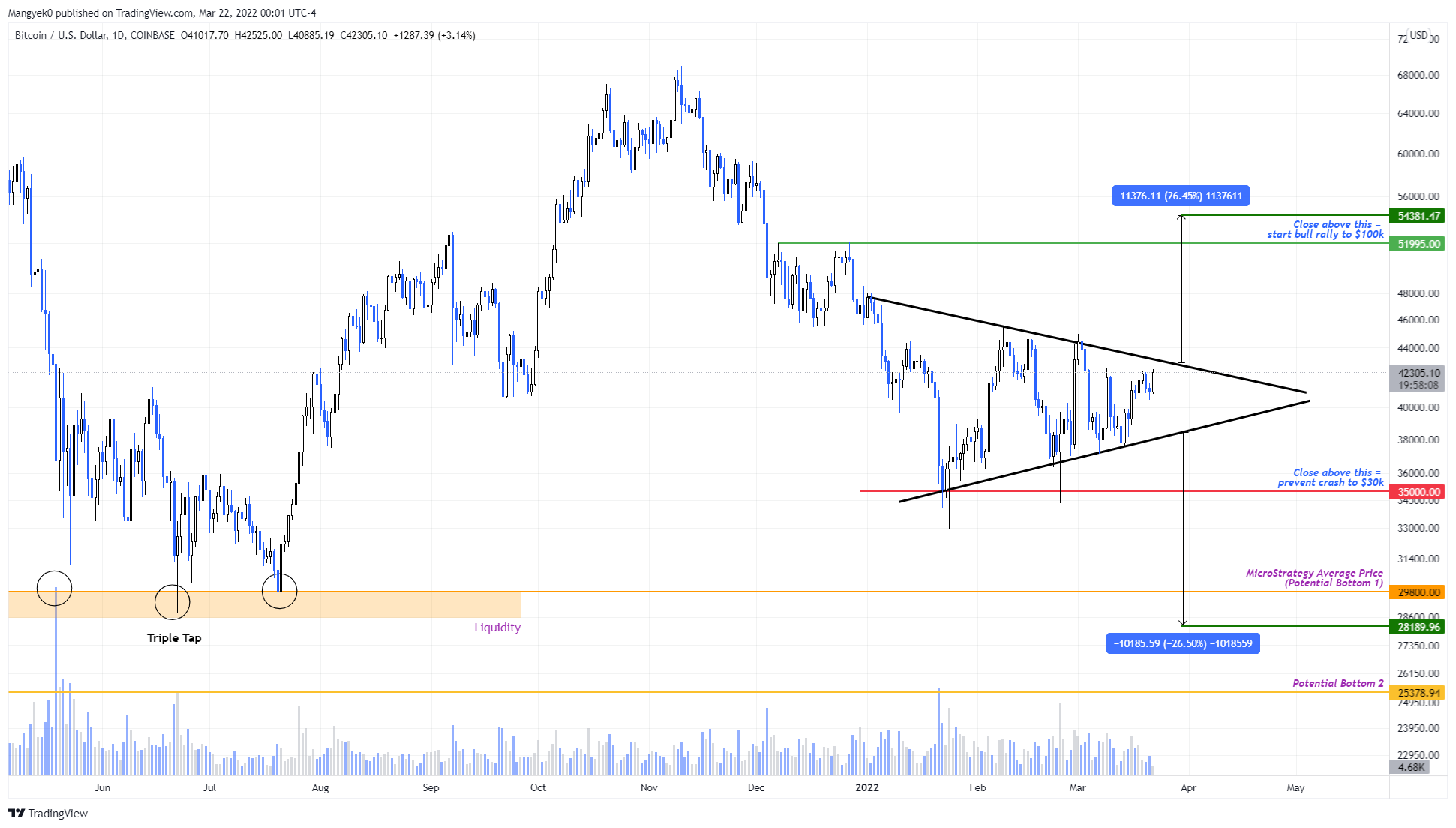 However, if BTC produces a daily candlestick close below the triangle’s lower trend line at $35,000, it will indicate a bearish breakout and trigger a crash to $30,000 or lower.