Ripple (XRP) price sees bulls on the rampage after having crushed two significant levels in the past 48 hours. XRP price looks set to jump another 5% intraday and could close above $0.8791. It will only take 4% to test and break above the 200-day Simple Moving Average (SMA) and be prepositioned to pop towards $1.00 in the coming weeks.

XRP price set to book its biggest gain since mid-February

XRP price is set to pull another massive rally like it did at the beginning of February, but a little less impressive in size. First, draw your attention to the entry-level on Monday that saw bulls getting in on the trade even before XRP price could touch the barrier level at $0.7843. Instead, bulls pushed Ripple prices further upwards, trying to close above $0.8390. In the end they closed right on the level.

XPR price was thus set for another leg higher this morning, although bears tried to use the opening price as an entry-level to defend their stops lying above. That plan failed in early morning trading as bears got washed out, and bulls are set to push Ripple price towards $0.8791. Another daily close above would set the battle plan for two tiers, with the 200-day SMA at $0.9158 as the first big hurdle and the next at the all-important $1.00, which has not been touched in 2022. 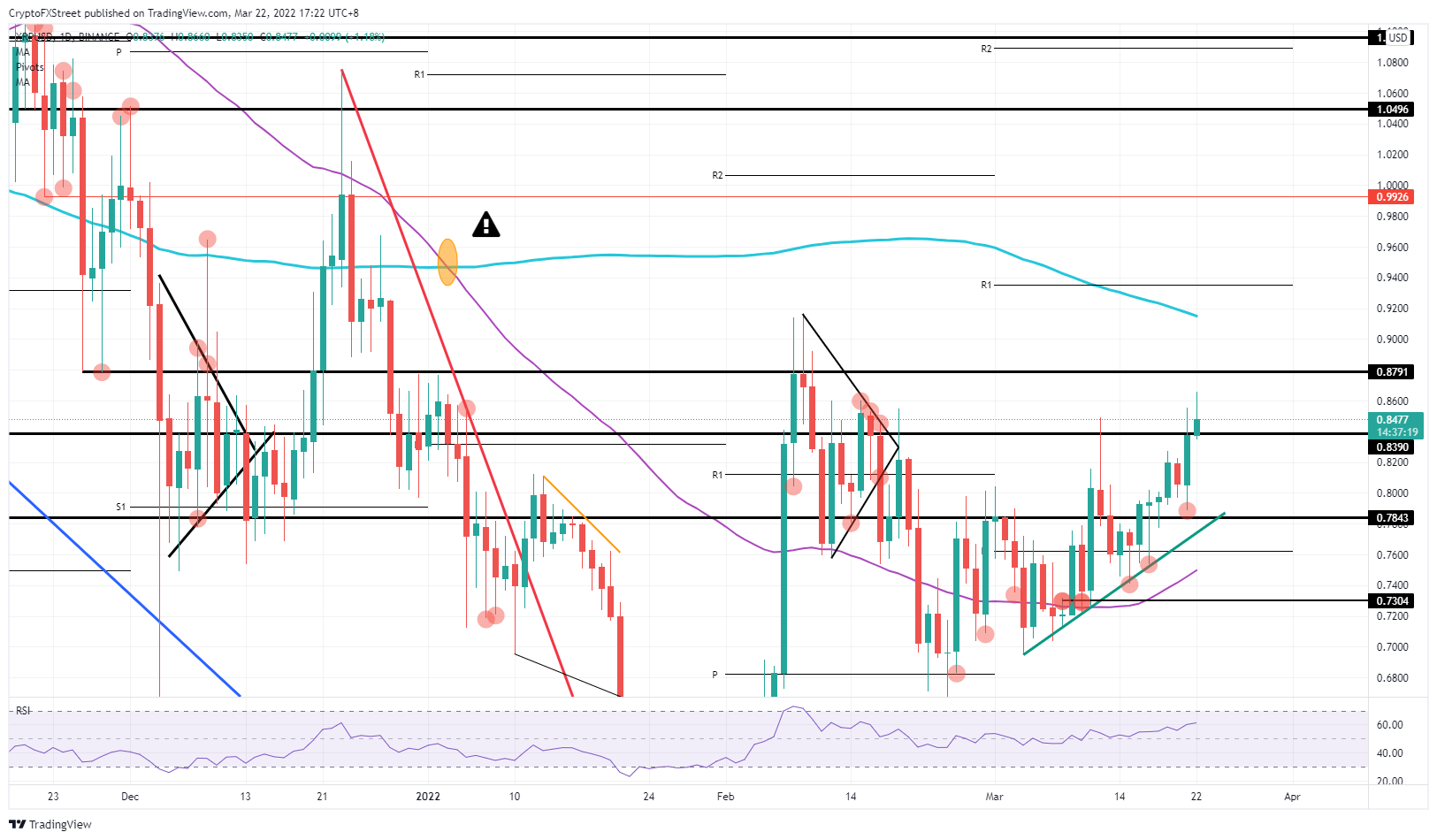 XRP price could see the current tailwinds fade as quickly as they came should Russia, for example, default on its obligation to make the coupon payments to foreign investors. Defaulting on the debt would bring the country to the brink of collapse and further deteriorate the inland situation. That would push markets back into risk-off mode, with Ripple price dropping to support at $0.7843 or even $0.7304.