Bitcoin price has slid below a vital support level and is likely to head toward the next significant barrier. While this downswing could be a minor sell-off, altcoins, including Ether and Ripple, seem to be showing no strength as they slice through critical demand areas.

Bitcoin price has respected an inclining trend line formed since July 20. However, the recent upswing failed to manifest, leading to a downswing that shattered that supportive trend line. As a result, BTC will likely head toward the $46,000 support level, the next crucial barrier.

The demand zone ranging from $43,150 to $45,791 will play a pivotal role in absorbing the selling pressure.

The buyers have a chance to kick-start an uptrend from here. If it occurs, the rally aims at the $51,000 level, a breach of which is necessary to continue the ascent to $57,000. 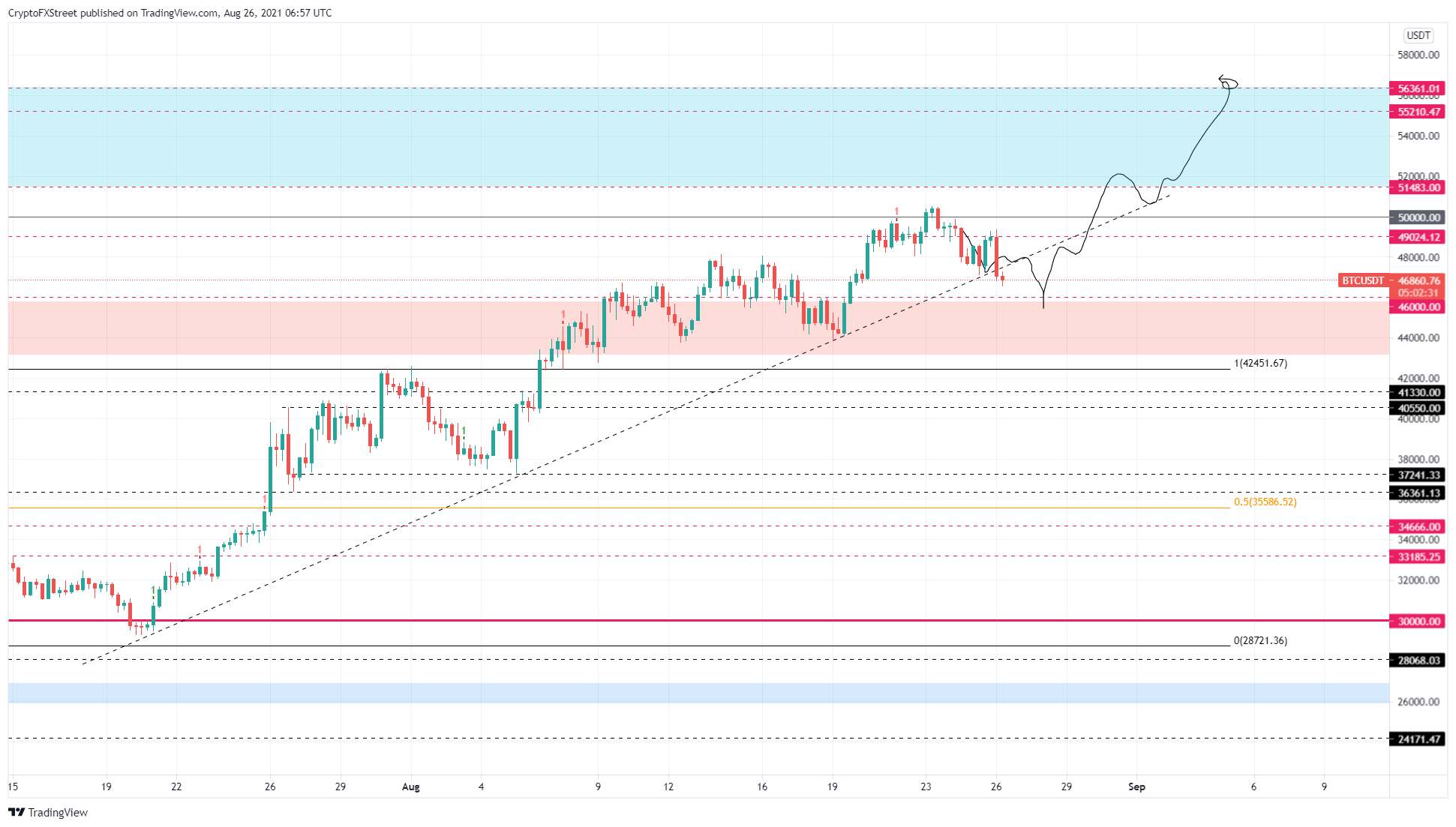 A decisive close below $43,150 will invalidate the bullish outlook and potentially trigger a downswing to $42,000.

Ethereum price has faced extreme selling pressure around $3,375, which has prevented it from rallying twice over the past two weeks. The recent attempt set up a swing high at $3,377, but instead it underwent a 9% retracement to where it currently stands. While ETH is following BTC, it might experience a steeper correction than its forebear.

Ether set up an equal high below $3,375, but the Relative Strength Index (RSI) formed a lower high, known as an exaggerated bearish divergence, further confirming a downswing.

The first support that the bears will encounter is the $3,000 psychological support, but a breach of this barrier might push ETH down to $2,893 and, in a highly bearish case, $2,742. 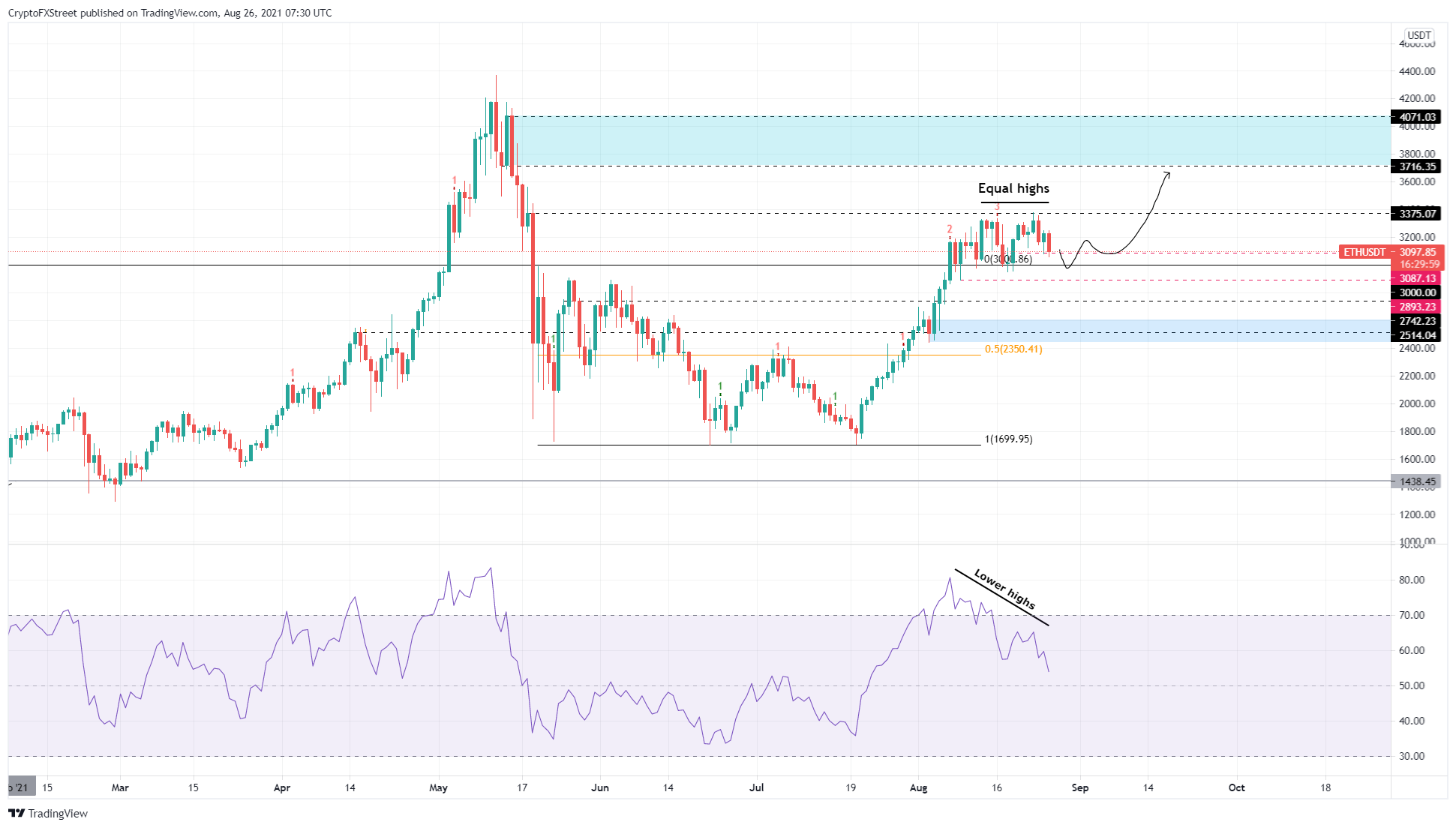 On the other hand, if Ethereum price forms a triple bottom and sees a bullish reaction off the $3,000 barrier, it could restart the upswing. Only a higher high above the $3,375 resistance level will invalidate the bearish outlook and confirm a new uptrend’s start.

Ripple price is traversing a bullish pennant pattern. The remittance token rallied roughly 77% since August 9 and set up a local high at $1.35 on August 15. This ascent was followed by a consolidation that resulted in higher lows and lower highs. While the initial leg-up is considered a flagpole, the coiling up that preceded it is known as a pennant.

This setup forecasts a 43% upswing to $1.81, obtained by adding the flagpole’s height to the breakout point.

Assuming XRP price produces a decisive close above the pennant’s upper trend line at $1.27, it will confirm the start of a new uptrend.

Further supporting the uptrend is the bullish divergence formed between the price’s lower lows and the RSI’s higher lows. 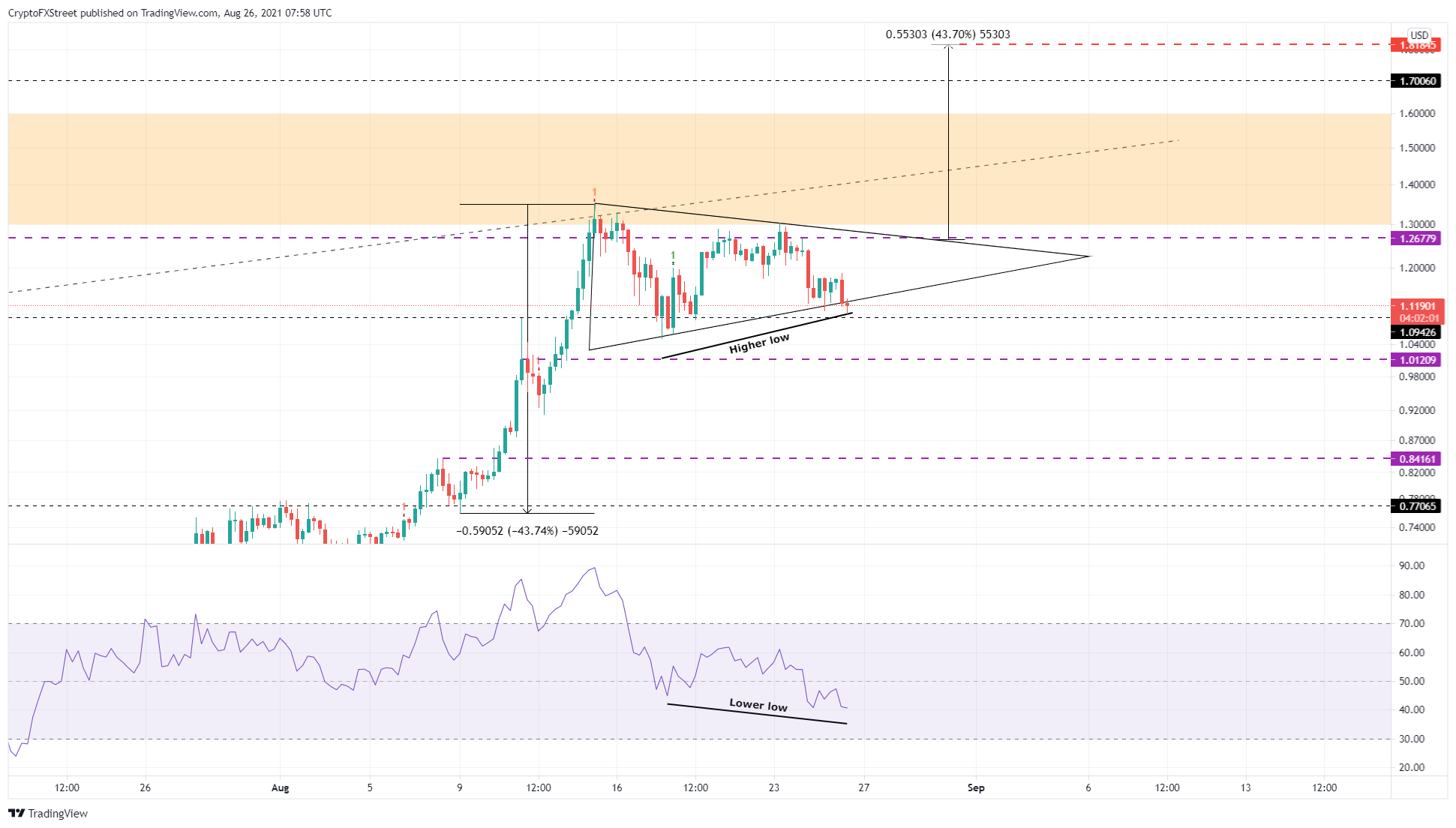 Regardless of the bullish pattern that XRP price is forming, a breakdown of the pennant’s lower trend line will spell disaster for the coin. A convincing close below the August 18 swing low at $1.05 will invalidate the bullish thesis and could also trigger a crash to $1.01 and the August 8 swing high at $0.84.