The Polygon Network and its token MATIC has made headlines because of a spike in development activity, a migration of projects from the Terra ecosystem to Ethereum scaling solution and exploding on-chain metrics. After month’s of decline, MATIC recouped its losses and analysts have set $1 as the bullish target for the altcoin.

The euphoria that surrounded Polygon hit its peak on July 18, when MATIC price hit $0.90. Crypto data intelligence platform Santiment reported that the rally in MATIC price is consistent with its on-chain activity.

Address activity on the Polygon network remained high, and triggered a rally. Initially, there was a buildup in address activity and the metric revealed divergence from the altcoin’s price action. This changed with MATIC's price rally. Following the increase in on-chain activity, MATIC witnessed a break out.

Address activity in the Polygon network

Whale transactions on the MATIC network have increased steadily, this is considered a good sign for holders on the Polygon network. The increase in activity from large wallet investors was reflected by a spike in the altcoin’s social dominance over the past few days.

BigCheds, a pseudonymous crypto analyst evaluated the MATIC price trend and identified $1.15 and $1.30 as the next two bullish targets for the altcoin. 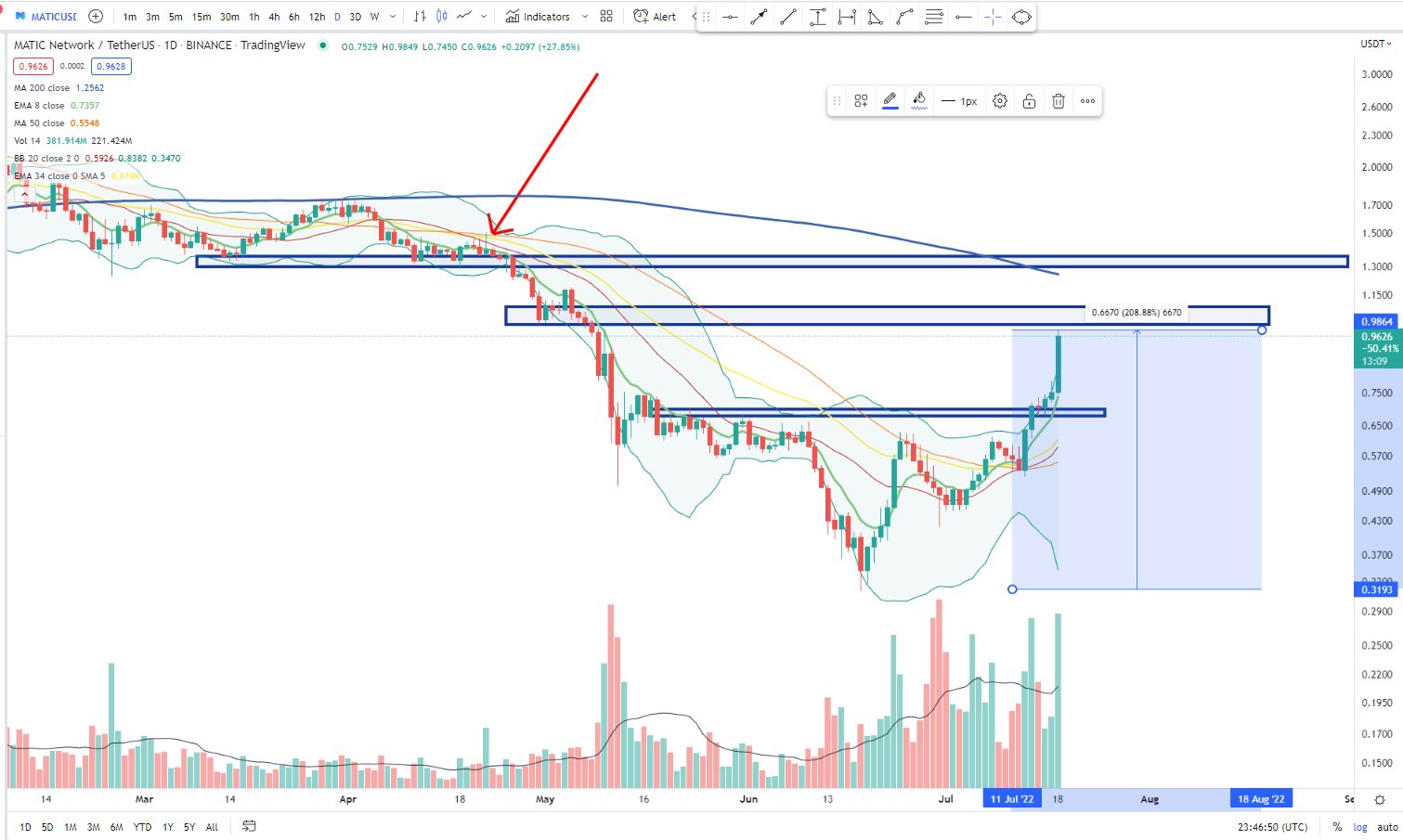 Analysts at FXStreet identified key price levels in the MATIC price trend. To find out where MATIC is headed next, check this video: