In the last six weeks, the Graph has rallied more than 600% from $3.35 to the prevailing market value of $2.2. Breaking above the former all-time high in 2020 at $0.74 triggered massive buy orders, culminating in the upswing. Meanwhile, the crypto has remained on the upward trajectory, hinting at a possible rally to $5.

The Graph lifts off into space targeting the moon

GRT is dancing at $2.26 at the time of writing amid a persistent push from buyers to catapult it to higher highs. This token seems to have a massive bullish impulse, especially with the Moving Average Convergence Divergence (MACD) moving higher in the positive territory. Moreover, the bullish divergence the MACD line (blue) has made above the signal line is a bullish signal that the uptrend will continue in the near term. 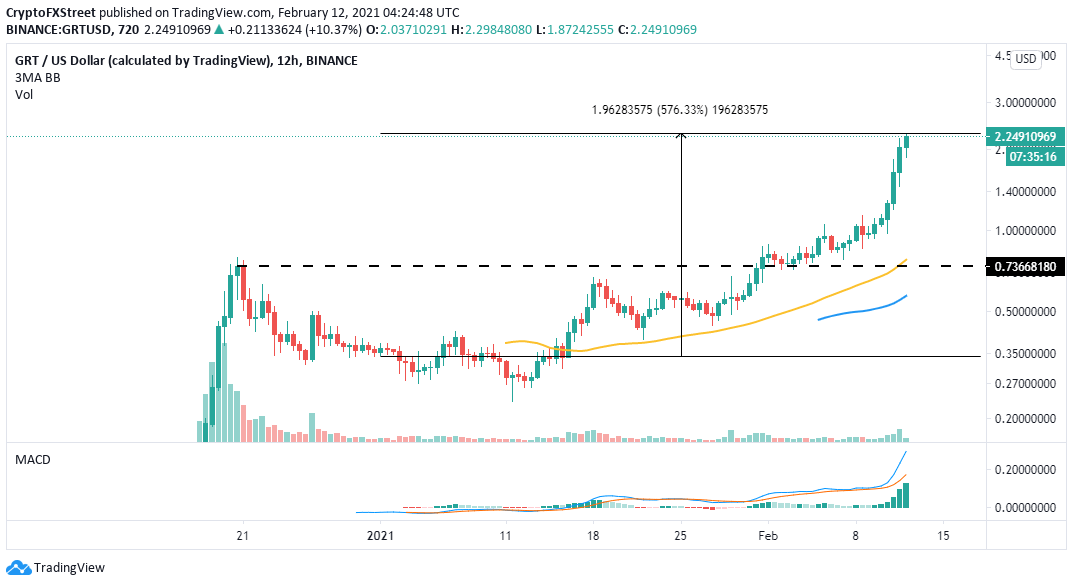 IntoTheBlock's "Daily New Addresses" metric reveals that The Graph has a positive network growth. An increase in the number of unique addresses has been printed since the beginning of February. The last few days have been particularly significant.

A surge in the new addresses joining the network has always been a bullish signal for both the project and the token's future value. Therefore, GRT has the potential to complete the leg up to $5 as long as network growth remains positive. 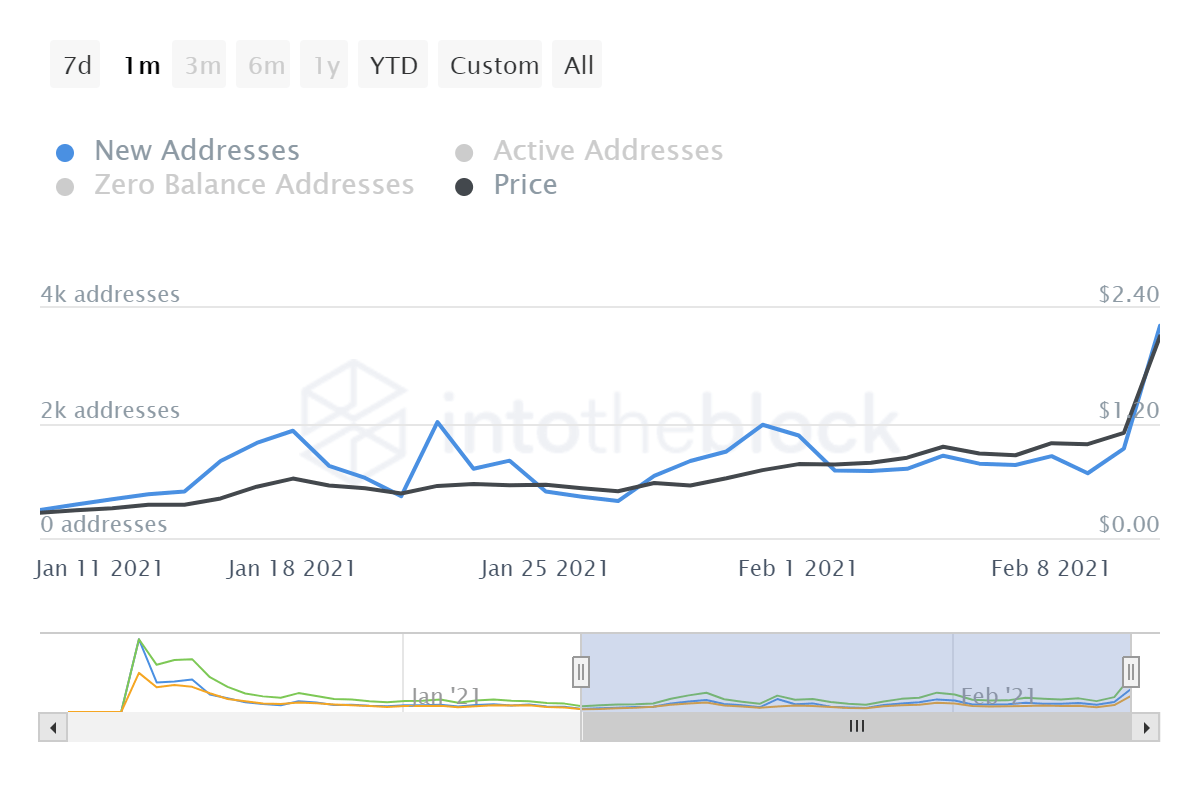 The Graph number of new addresses

Despite the rally being witnessed, GRT whales are disposing at a fast rate. Santiment's holder distribution shows that addresses holding between 1 million and 10 million GRT have decreased from 71 on January 28 to 58 on February 12, representing an 18% drop. In other words, the selling pressure is growing and may sabotage the anticipated upswing toward $5.

Similarly, a sell signal on the 12-hour chart may validate the bearish outlook. This call to sell took the form of a green nine candlestick. It is confirmed when its low closes the day below the previous sixth and seventh candles.

A reversal from the current price levels may see The Graph drop in one to four 12-hour candlesticks. The bearish leg may seek support at $1 and the 50 Simple Moving Average near $0.74.