The Graph has been one of the best-performing assets in the past month after getting immediately listed on Binance and Coinbase. The digital asset managed to quickly climb towards a $1 billion market capitalization in just three days.

According to Santiment, the word grt was the highest trending on social media, way above Elon Musk and other coins. It’s often the case that when this metric is at its highest, the digital asset suffers a correction.

So this was a top for GRT. It could be a temporary top. Just keep in mind the power of the crowd is when everyone is talking about a token. Market goes opposite. 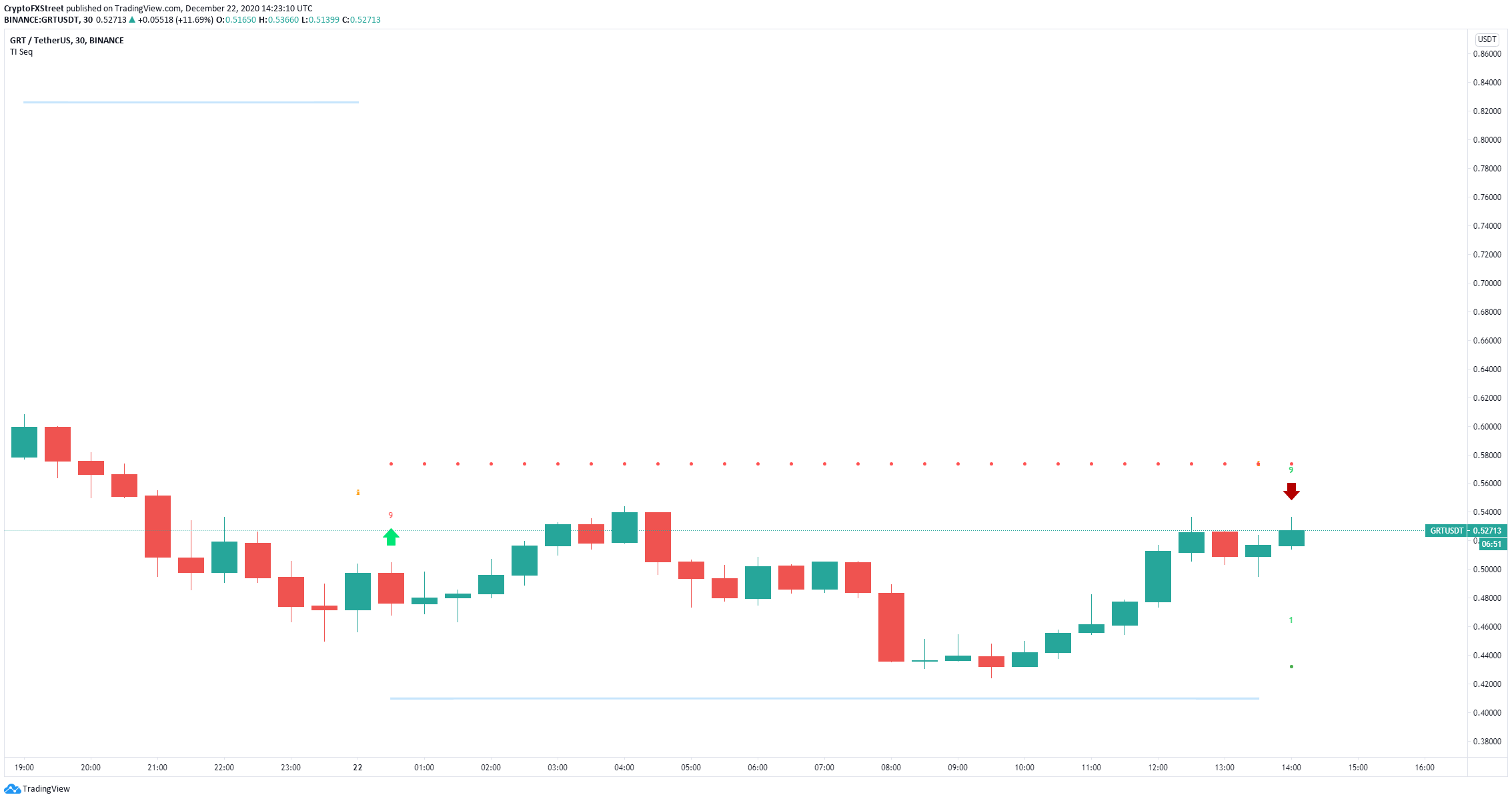 Investors need to be extra careful as GRT price could fall lower. On the 30-minutes chart, the TD Sequential indicator has presented a sell signal which adds even more selling pressure. 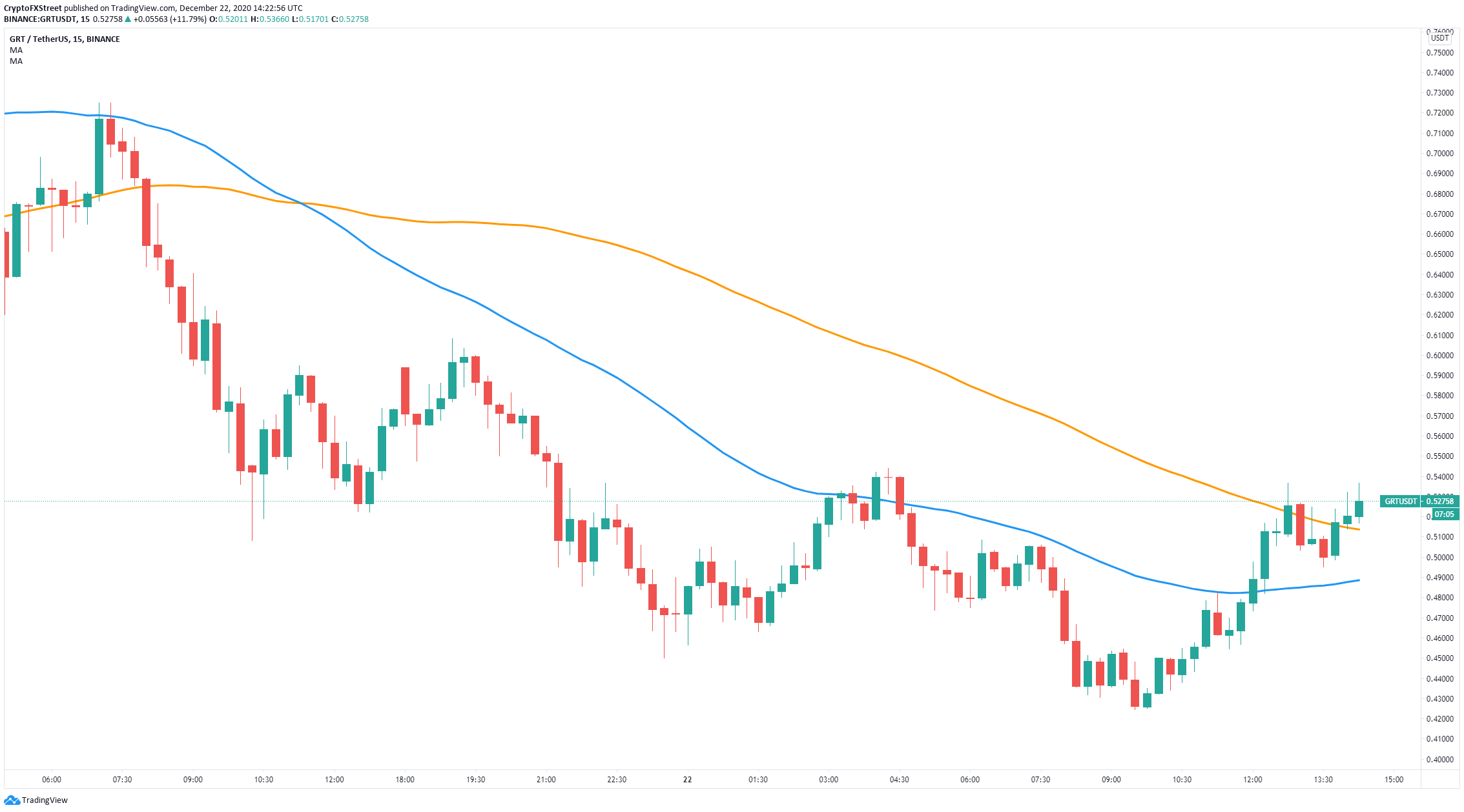 The Graph has been holding the 50-SMA support level on the 15-minutes chart for a while. However, a breakdown below this point can quickly drive GRT price towards the 100-SMA at $0.49. Failure to hold this level will push the digital asset to its last low at $0.42.

On the other hand, GRT bulls remain in control of the 15-minutes chart which is an uptrend. So far, they have defended the 50-SMA and aim to crack the last significant high at $0.543 which would push GRT price towards $0.6.