Solana (SOL) price action is set to close out the week with a mere 7% gain depending on where it ends  Friday evening after the US closing bell. Overall it has been a good trading week from a fundamental perspective and technicals in a supporting role, after the orange ascending trend line saved the day again, and showed that price action is satisfactorily underpinned. However, downside risks threaten as no new highs have been formed, and a slowdown in the rally could be at hand, preluding a fall.

SOL price at risk of as much as 20% decline

Solana price has had a profitable and choppy summer rally, with key indicators such as the 55-day Simple Moving Average and the orange ascending trend line only coming into play in August. With this summer rally, the risk at hand is that SOL price might start to see a bit of a downturn as profit-taking gets underway, and more traders return to their offices only to find out that this rally has had its fun, but it is now time to get back to reality.

Thus, SOL could see a drop back towards $40, where it has already found support a few times at the orange ascending trend line and the 55-day SMA. Interest from bulls may start to fade as the Relative Strength Index is flatlining, showing that bears are catching up. With bulls focused on sitting in their positions towards $58, bears could stage a coup, and by the end of August, SOL price could be back to square one at $34, eating up the profits from the summer rally. 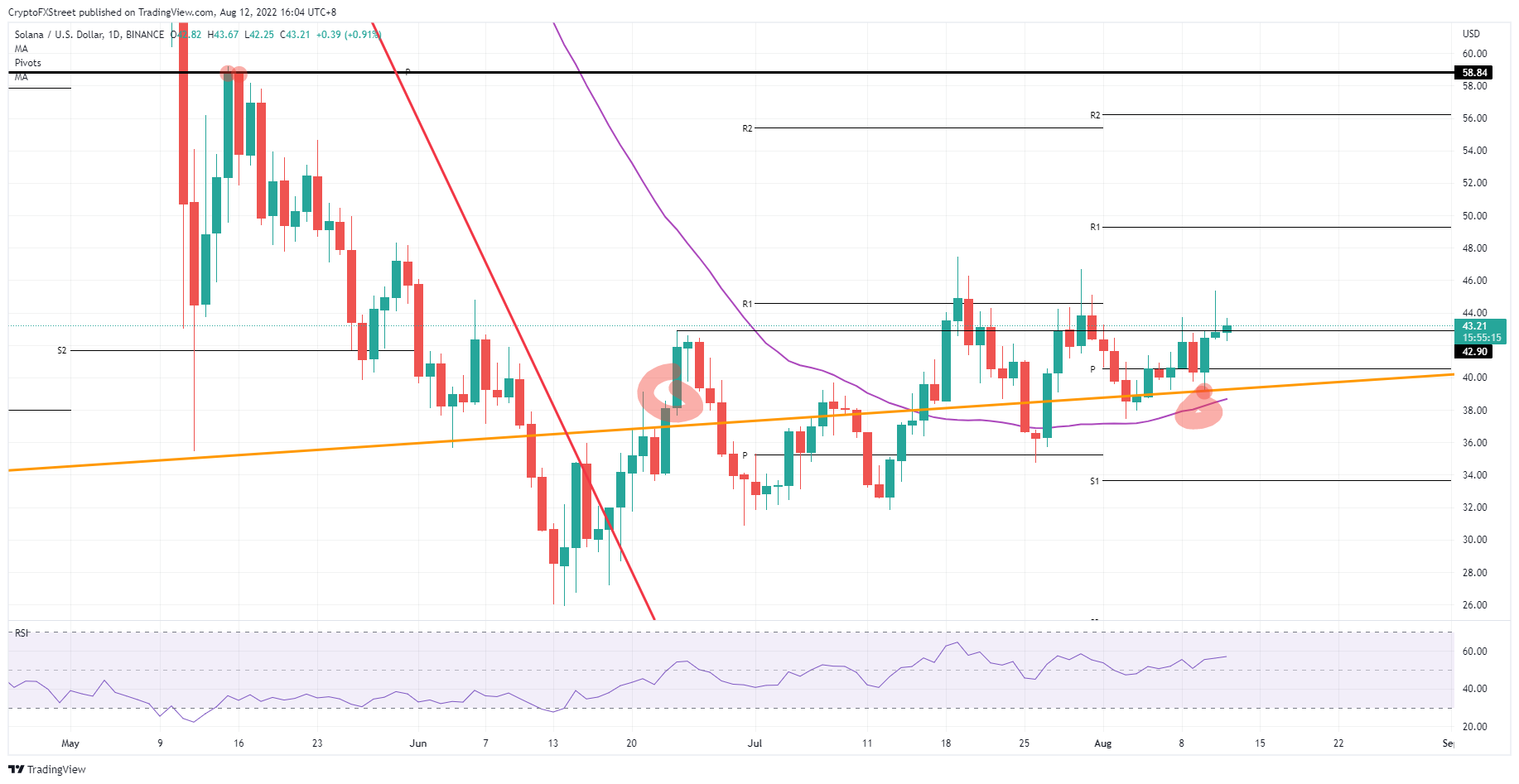 As mentioned, bulls are looking to keep this rally at full steam towards $58. The biggest element in the game is that several Fed officials are warning about the tight monetary stance against what the market is thinking. For example, some more dovish rhetoric from Powell could be the catalyst needed to propel price action towards $58, in so doing printing a whopping 35% in return.