Solana price has produced higher lows and lower highs, indicating a massive squeeze for SOL. However, the recent attempt to move higher set a lower high at $43.77 on August 8. Currently, the altcoin is trading between the $44.37 and $38.22 barriers.

Although there might be an attempt to partially recover the recent losses, the market is currently skewed toward bears. Therefore, investors should prepare for a Solana price consolidation between the aforementioned barriers followed by a breakdown of the $38.22 support level.

Doing this is likely to trigger a 17% crash in SOL, allowing it to revisit the $31.66 foothold. While this level will serve as support, there might be a sweep due to the liquidity resting below it. In a dire case, where this level is broken, Solana price might revisit the $24.52 weekly support level and, in the process, collect the sell-stop liquidity resting below the wicks formed between June 13 and June 19. 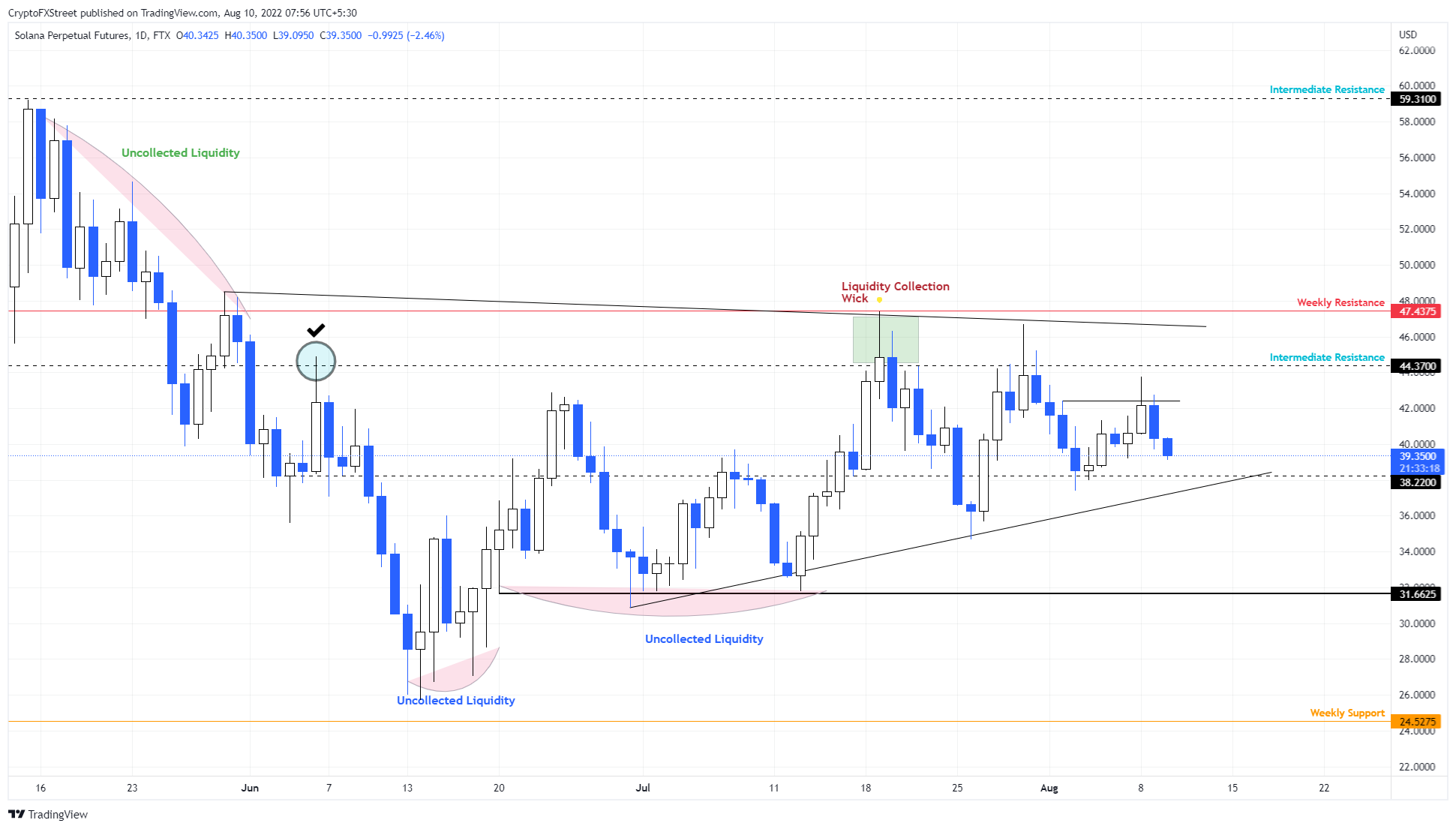 On the other hand, if Solana price manages to bounce off the $38.22 support level and breach the $47.43 hurdle, it will indicate a breakout and invalidate the bullish thesis. In such a case, SOL price could attempt to collect the buy-stop liquidity resting above the wicks formed between May 15 and May 31.

This development could see Solana price retest and perhaps sweep the $59.31 resistance level.