Solana price is struggling to recover from its downfall after the blockchain fell prey to a hack through external applications. Users revealed their funds were cleaned out, and wallets were compromised. The hack claimed 8,000 victims, draining the wallets of nearly $8 million. These events have resulted in a bearish sentiment among SOL holders and Solana’s recent decline.

Malicious actors drained nearly 8,000 Solana wallets in the attack on Solana-based wallets, Slope and Phantom. Magic Eden, an NFT marketplace on Solana, recommended that users of the two wallets revoke permissions in the application’s setting.

After the hack, Solana price recovered and marginally recouped its losses. The Ethereum-killer continues to trade below $40. However, analysts at Crowd Wisdom believe that the altcoin will likely breach the $40 level if the current momentum is sustained.

Analysts identified five key factors aiding the rise of Solana, a spike in trade volume on the Solana network in the last 24 hours, an increase in Google Search volume and social media sentiment for Solana has witnessed a spike. Technical analysis of the Ethereum-killer signaled a price rally in Solana, and the overall market sentiment is considered favorable to a Solana price rally.

Azeez Mustafa, a crypto analyst, evaluated the Solana price chart and noted that SOL is moving sideways. The analyst identified short-term selling pressure and noted that a bullish movement could push SOL price to $70, $75 and $80.

Based on data from Lunar Crush, there is an increase of 64% in social mentions and 191.7% in social engagements. These metrics indicate rising social dominance and relevance for Solana, considered a positive sign for the asset’s price. @Pentosh1, a leading crypto analyst, believes Solana price could break past $42 and eye bullish targets of $48, $50, and a massive rally to $60. 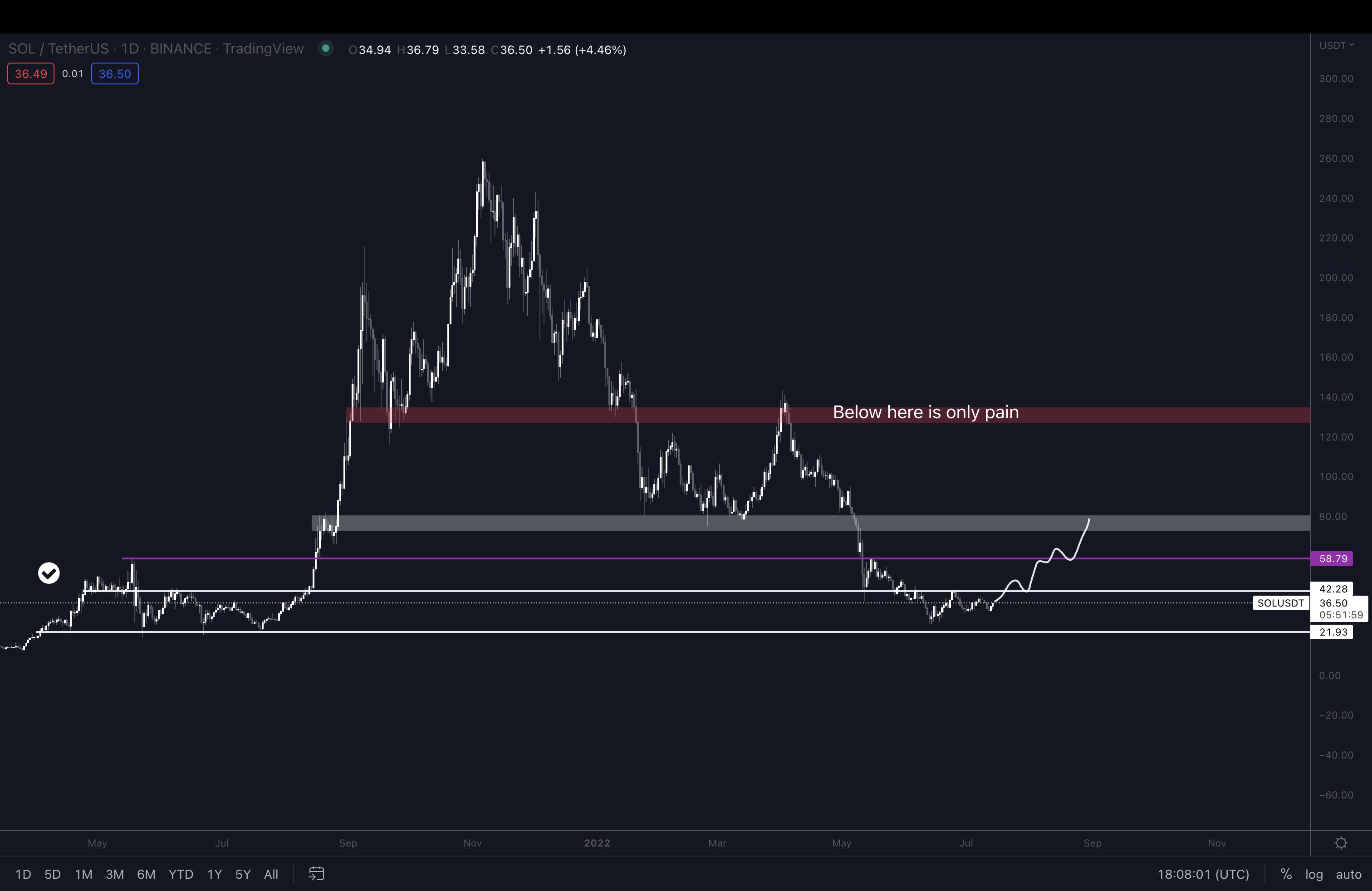 Ethereum, considered Solana’s largest competitor and the second-largest cryptocurrency by market capitalization, is currently in a downtrend. Analysts evaluated whether the upcoming Merge, the transition from proof-of-work (PoW) to proof-of-stake (PoS) is a buy-the-news and sell the rumor kind of event.

Since Solana is considered an alternative to Ethereum, for low cost and ease of use, an increase in gas prices on Ethereum or uncertainty surrounding the altcoin could drive SOL adoption.