Solana (SOL) price action saw an accelerated sell-off when it broke clearly below the orange ascending trend line and saw bears coming in near $130. Between $130-$140, investors had an excellent area to make a fade-in trade. With price action back above $140, the first price target is $180, holding at least 20% potential gains.

Solana investors are in for an upside surprise

Solana price action lifted above $142 as global markets booked a second consecutive day of gains. SOl found bids in the region between $130-$140 where the monthly S1 support level, a historical low from October 12, the 200-day Simple Moving Average (SMA), and the green ascending longer-term trend line are all situated. Plenty of reasons and opportunities for a fade-in trade are reflected in the Relative Strength Index (RSI), which drifts away from the oversold area.

SOL price will now deliver its first blow to bears with a break of $142. From now on the road looks paved with gold to $180, where some profit-taking will be triggered with the 55-day Simple Moving Average and the orange ascending trend line both providing combined resistance. The return from this rally could differ from between 20% to 30% depending on which entry point bears will want to use for a short push. 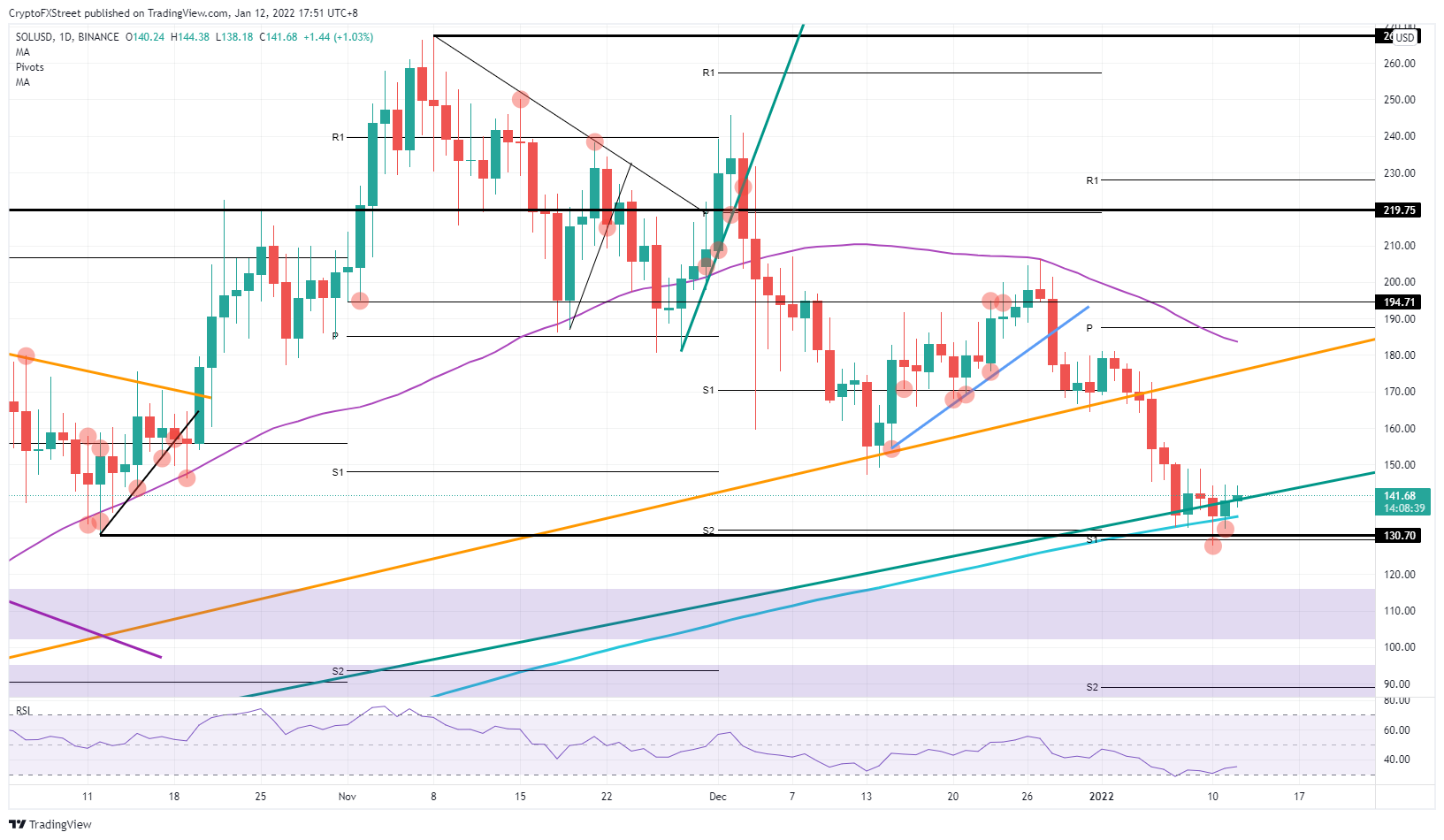 A negative turn in sentiment could stoke investors’ worries about Solana and its uptrend. As investors pull their money, a break below $130 is likely, followed by a sharp nose dive down to $90, where the monthly S2 support comes into play. In that region, between $85-$95, investors could have another go at a bullish fade-in trade, as they did in the past.