Solana's SOL token held on to critical support early Wednesday even as a multimillion-dollar hack in the Ethereum alternative ecosystem saw several investors vent frustration, saying they'd consider shorting, or positioning for a decline in, the cryptocurrency.

The exploit saw an unknown attacker drain at least $5 million worth of SOL, SPL and other Solana-based tokens from the Phantom and Slope digital wallets.

The hack drew the investor community's ire, with several Twitter participants calling a short position in SOL. A trader initiates a short position by selling a borrowed security or its derivative (futures contract) in the expectation of buying it back later at a lower price.

While SOL is trading weaker in the wake of the news, so far sellers have failed to penetrate the 50-day simple moving average (SMA) support at $37.50. At press time, the token changed hands at $38.50, a 4% drop on a 24-hour basis.

SOL's losses appear muted, considering hacks and exploits have historically led to double-digit price slides in tokens associated with victim crypto platforms. Even so, the hack is terrible optics for the world's fifth-largest smart-contract blockchain, promising faster and cheaper transactions than Ethereum. Solana's several network outages in the past 12 months have already dented its appeal as an Ethereum alternative.

What's helping the token stay resilient? According to observers, SOL's oversold status and continued holding by large investors, or whales, seem to be supporting the cryptocurrency.

Mumbai-based crypto asset management firm MintingM said: "The SOL supply is controlled by whales and it appears they are holding on to their coin stash."

On June 19, Solend users voted to take over the protocol's largest account: a whale whose extremely large margin position was getting close to liquidation. The move aimed at mitigating liquidation risk was heavily criticized on social media as being the antithesis to the concept of decentralized or democratized finance. Yet, SOL jumped over 6% on the same day and gained another 20% in the following six days.

Just as the cryptocurrency sailed through the Solend issue, it will most likely sail through the current hack, MintingM said.

Matthew Dibb, COO and co-founder of Stack Funds, said, "Sol has been underperforming relative to other Layer 1s recently, however, it is proving relatively stable given the hack today." Nevertheless, he said he expects continued selling pressure over the short run as details of the hack emerge. 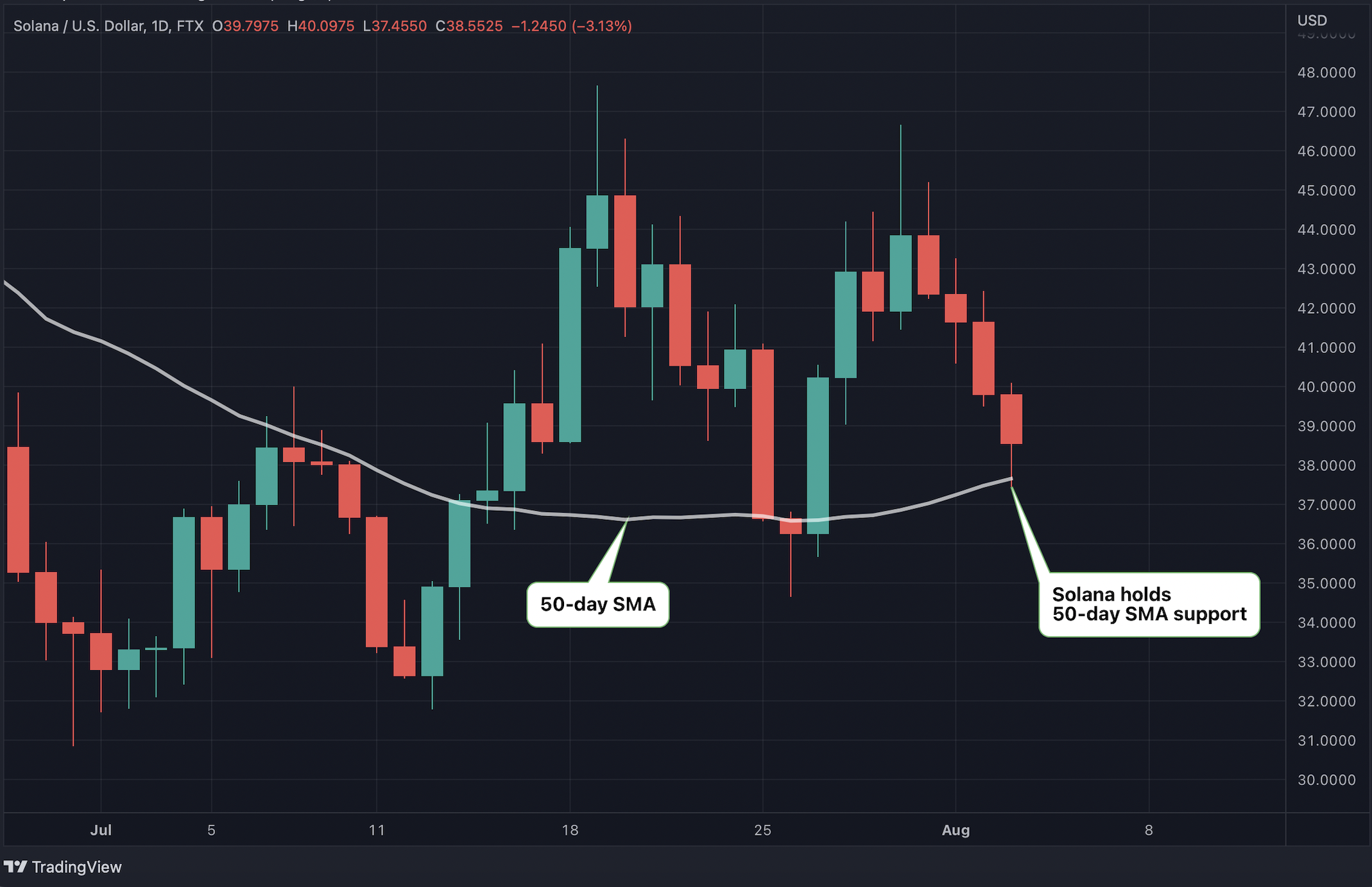 Litecoin price could rally 20% in October, here's why

Litecoin price could take the cryptocurrency market by surprise as a bullish retaliation may unfold in the coming days. Litecoin, the digital silver akin to Bitcoin’s comparison to Gold, has been trading range bound throughout September near the mid $50 level.

The European Union has had its eyes on crypto regulation for a while now, and over the last couple of years, it has deepened its approach to the matter. One of the most crucial aspects of this regulation was the Markets in Crypto Assets framework.