Shiba Inu price has been on a sideways movement after its recent run-up. Moreover, this consolidation comes after a retracement that puts SHIB in a deep discount mode, ready for a reversal.

As a result, SHIB experienced profit-taking, allowing it to retrace 18% to $0.0000327. Since then, Shiba Inu price has been consolidating without much volatility. Going forward, one of two things might happen, a reversal that triggers an uptrend for SHIB or a retest of the daily demand zone, ranging from $0.0000269 to $0.0000293.

In the latter case, Shiba Inu price could retest the daily demand zone, setting up the triple bottom pattern, further adding weight to the reversal scenario. With this outlook in play, investors can expect SHIB to rally 36% to retest the December 23 swing high at $0.0000399. 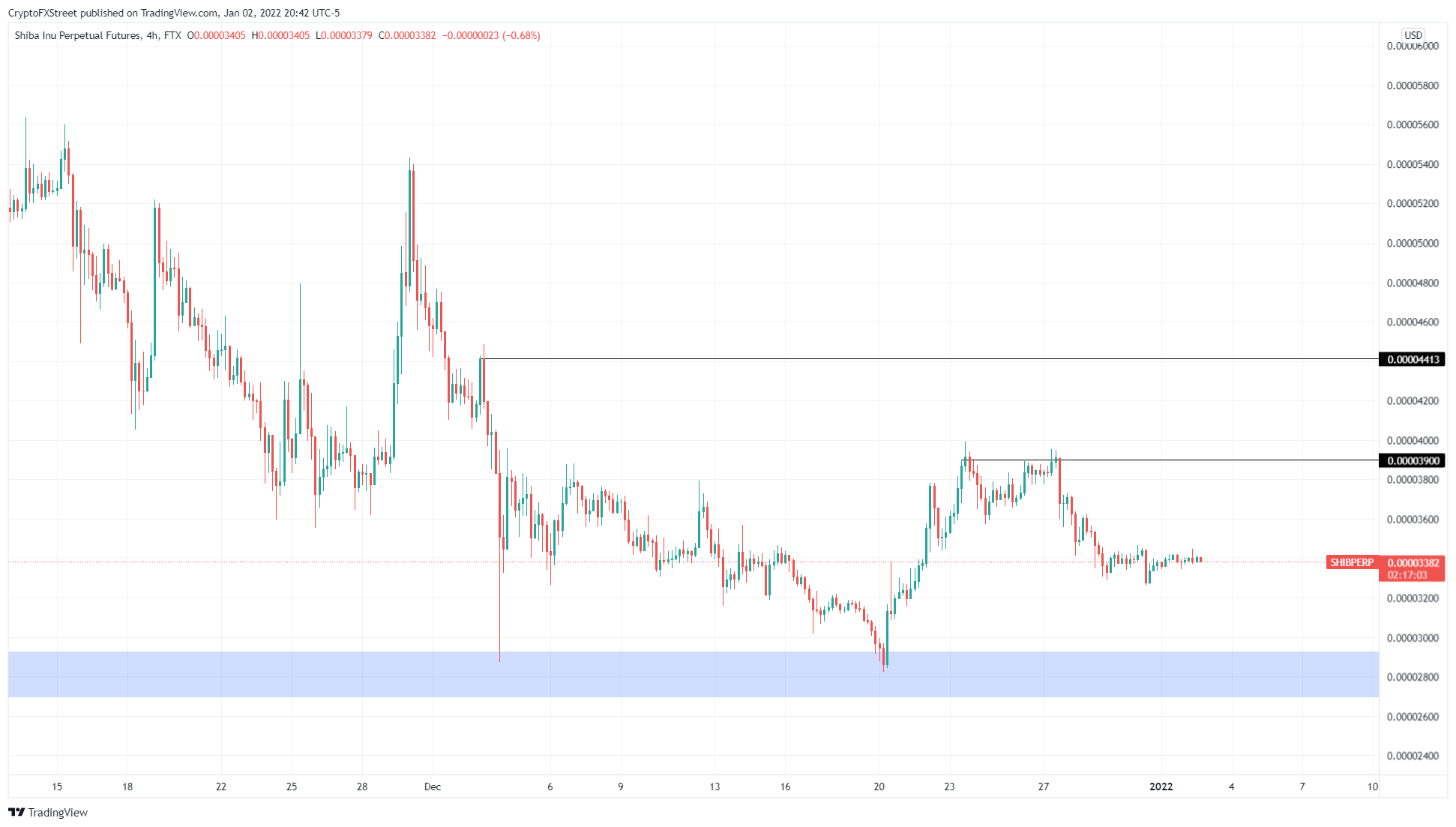 On the other hand, if Shiba Inu price fails to hold above the demand zone, ranging from $0.0000269 to $0.0000293, it will indicate a weak buying pressure and indicate that investors are booking profits.

A four-hour candlestick close below $0.0000269 will produce a lower low, invalidating the bullish thesis for Shiba Inu price. In this case, SHIB could retest the immediate support level at $0.0000237.