Shiba Inu price has likely found a bottom and is likely to begin the next phase of a new upswing. A double-bottom was formed at $0.0000375 and it held as support.

Shiba Inu price has a good reason to be bullish. The most critical price confluence zone on the $0.0000025/3-box reversal Point and Figure chart is the intersection of the 2021 Volume Point Of Control (red horizontal line) and the dominant bear market angle (red diagonal line) at $0.0000050. Since hitting and poking above that angle, Shiba Inu has converted into a dominant bull market.

Note: In Point and Figure Analysis, price action is always in a bull market or bear market. Bull and bear markets can switch very frequently. 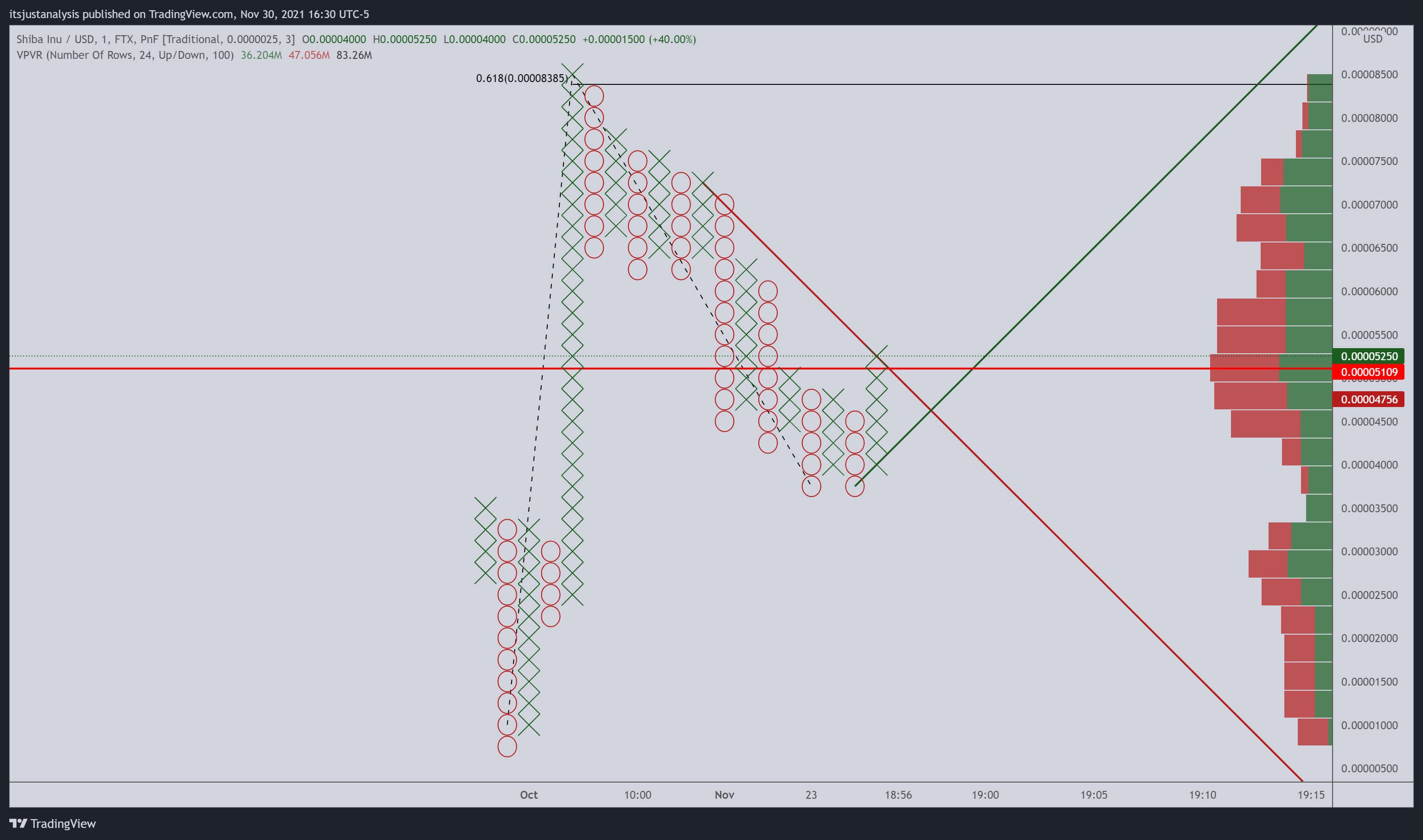 However, traders should be cautious of the current setup. If Shiba Inu price were to fall below the new bull market angle and form a triple bottom at $0.0000375, SHIB could be in some serious trouble. Conversely, a move lower to $0.0000350 would confirm the break of a triple-bottom and fulfill the requirements of a Bullish Fakeout pattern. Shiba Inu could move as low as $0.0000100 if that were to occur.