SHIB price primed for a breakout

SHIB price has been trading within a descending parallel channel on the 4-hour chart since mid-May. Shiba Inu has continuously formed lower highs and lower lows, which can be connected with parallel trendlines to show a downward trend.

Recently, SHIB price bounced off the channel’s lower trend line, heading north to tag the topside resistance. Despite almost two weeks of consolidation, Shiba Inu has overcome indecision, working in favor of the bulls after gaining over 55% in market value from its bottom.

An adjacent parallel channel could be drawn to determine the possible price target for SHIB price if accelerating interest is confirmed. Shiba Inu needs to escape above the upper trend line of the current parallel channel, coinciding with the strong resistance level given by the 50 four-hour moving average.

Investors must wait for confirmation before the bullish thesis can be validated. 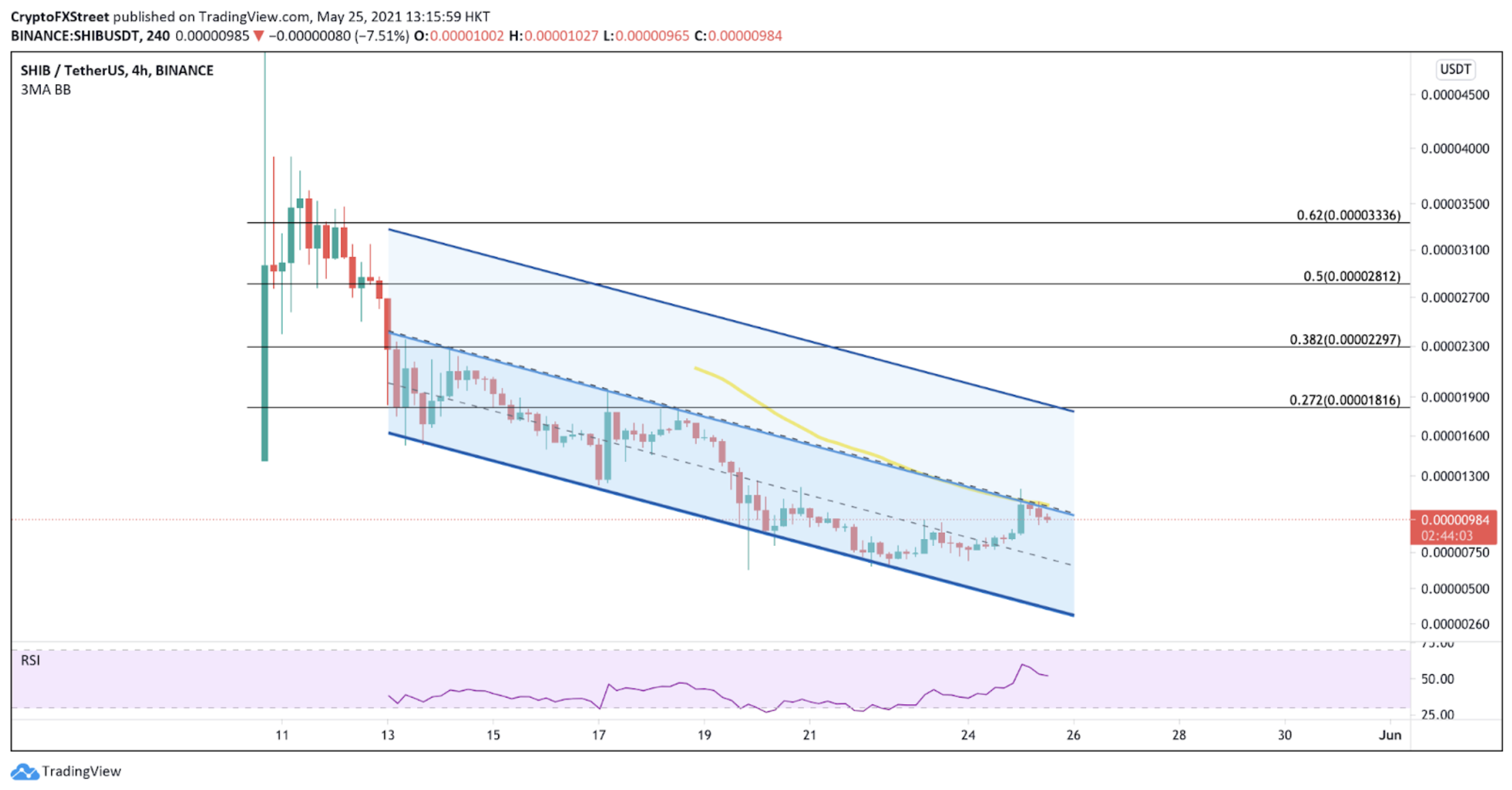 Since there is little price history for an asset like Shiba Inu, it is essential to consider the downside potential.

Given the recent weakness witnessed in SHIB price action, the dog-based token is likely to find meaningful support at the lower trend line of the parallel channel. A downswing from the current price point would result in a 67% decline to a new all-time low.