Demand for the Shiba Inu coin has been soaring as popular meme-based token Dogecoin has gained widespread popularity.

Shiba Inu, known as the “DOGE killer,” is named after the dog breed of the canine that represents the Dogecoin cryptocurrency. SHIB price has surged massively off the back of its most recent listings on major crypto exchanges, including Binance, FTX, Huobi and OKEx.

While Dogecoin price has tumbled over 36% since Elon Musk made his appearance on “Saturday Night Live” over the past weekend, SHIB price performance has inversely climbed by 165% in the past 24 hours to a record high of $0.00003876. 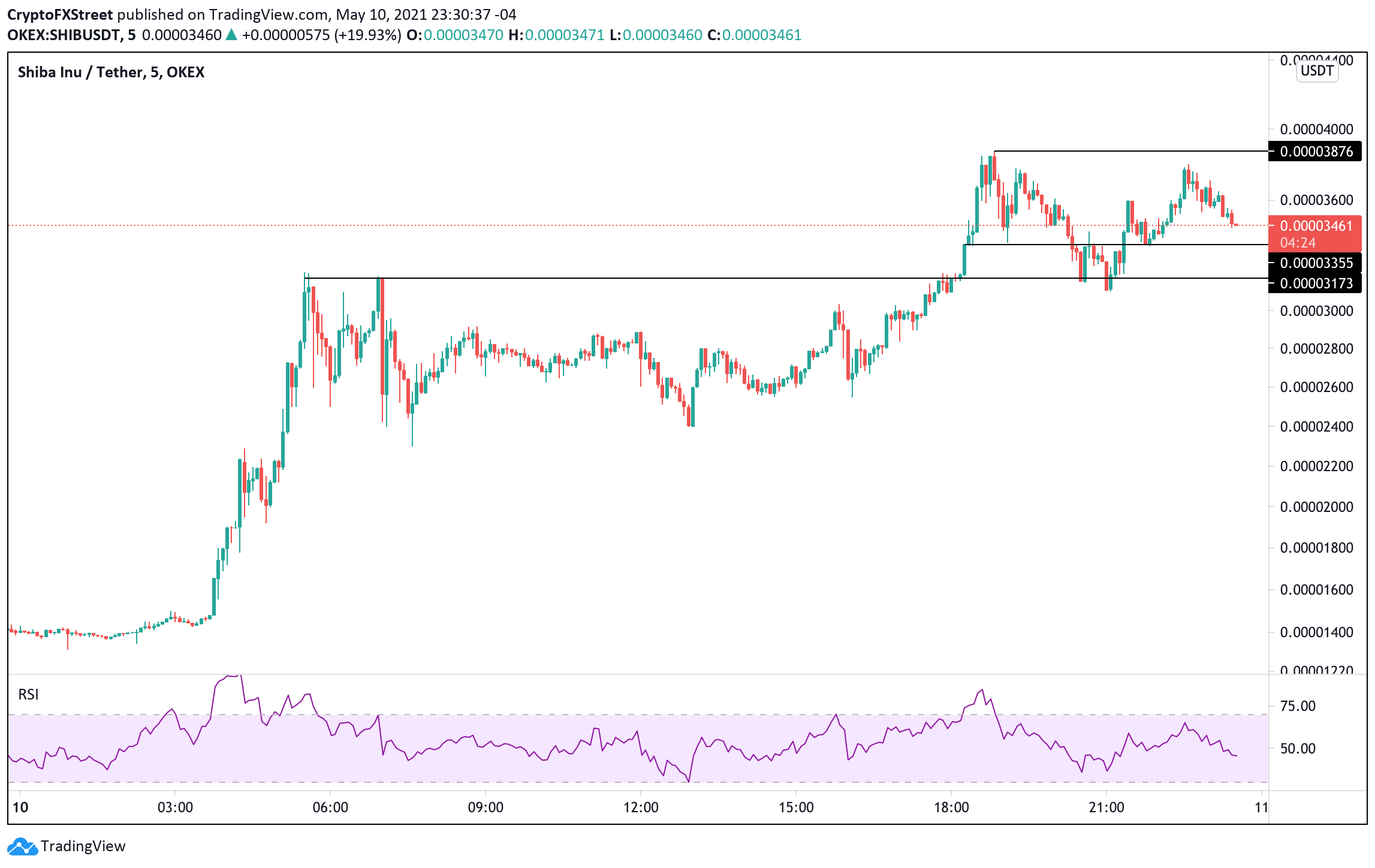 Shiba Inu was launched in August 2020 to outpace its canine-themed rival cryptocurrency. The official website states that 50% of the total supply has been locked in decentralized exchange Uniswap, while the other remaining half has been sent to Vitalik Buterin for burning. Shiba Inu’s official site reads:

The remaining 50% was burned to Vitalik Buterin and we were the first project following this path, so everyone has to buy on the open market, ensuring a fair and complete distribution where devs don’t own team tokens they can dump on the community.

Buterin now controls over $8 billion of the cryptocurrency, making him wealthier in Shiba Inu than in Ethereum.

The Ethereum-based cryptocurrency has seen a massive hike in prices in the past month, gaining over 45,000% in the past 30 days. Many investors see Shiba Inu as the way of getting into the enormous bull market after the Dogecoin pump. Crypto exchanges have seen the rising price and demand of the SHIB token and have decided to list the coin.

SHIB’s price performance over the weekend clearly shows that the crypto industry hasn’t had its fill of canine-themed meme coins just yet.

One of the most popular crypto exchanges, Binance, has listed the meme token into its Innovation Zone and will offer trading for trading pairs SHIB/USDT and SHIB/BUSD. The leading crypto exchange also warned investors to trade Shiba Inu with caution, saying that the token “poses a higher than normal risk.”

Some have voiced concerns about SHIB listing. We follow users. There is a large number of users demanding it, to the point where we ran out of ETH deposit addresses due to SHIB today. Never happened before for any other ERC20 coin.