Shiba, a relatively new cryptocurrency that has burst into the spotlight recently, has been extending its gains on Monday. The canine-themed digital asset is up over 90%, changing hands at $0.000028 at the time of writing.

Shib's price has been spiking following Elon Musk's mention of Dogecoin on Saturday Night Live. The billionaire founder of Tesla and SpaceX appeared on the popular comedy show and mentioned the crypto that started as a joke. While Doge tumbled in an apparent "buy the rumor, sell the fact," response, other assets are on the rise. 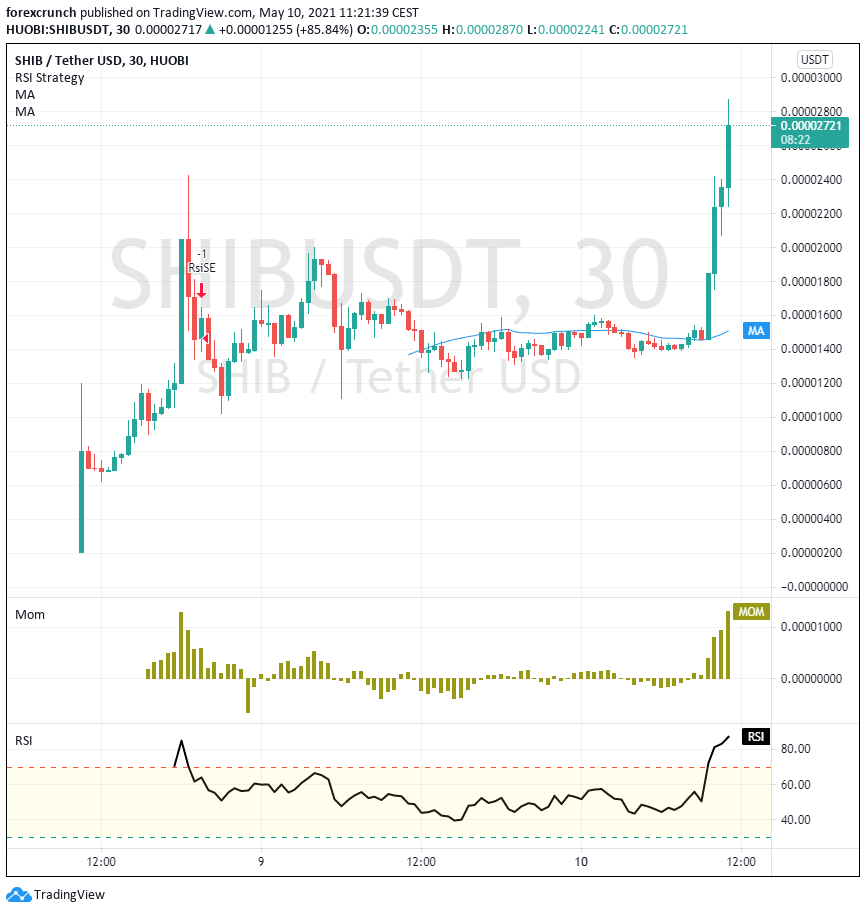 Shib coin, where to buy it? This cryptocurrency is available on various exchanges, but not on Coinbase, the most prominent one.