On the 4-hour chart, Dogecoin price shows a 47% downtrend after tagging an all-time high at $0.704 on May 8. The resulting pullback sliced through the immediate area of interest ranging from $0.518 to $0.576, flipping it into a resistance level. But the meme coin found support on the next barrier that extends from $0.397 to $0.451.

As a result, Dogecoin price rallied 43% higher only to face blockade at the former level. Now, investors can expect DOGE to consolidate between these levels before buyers/sellers take control and break out of the confinement.

Dogecoin price could likely tag the resistance level at $0.611 before it retraces 26%. Hence, investors must keep a close eye on this barrier. 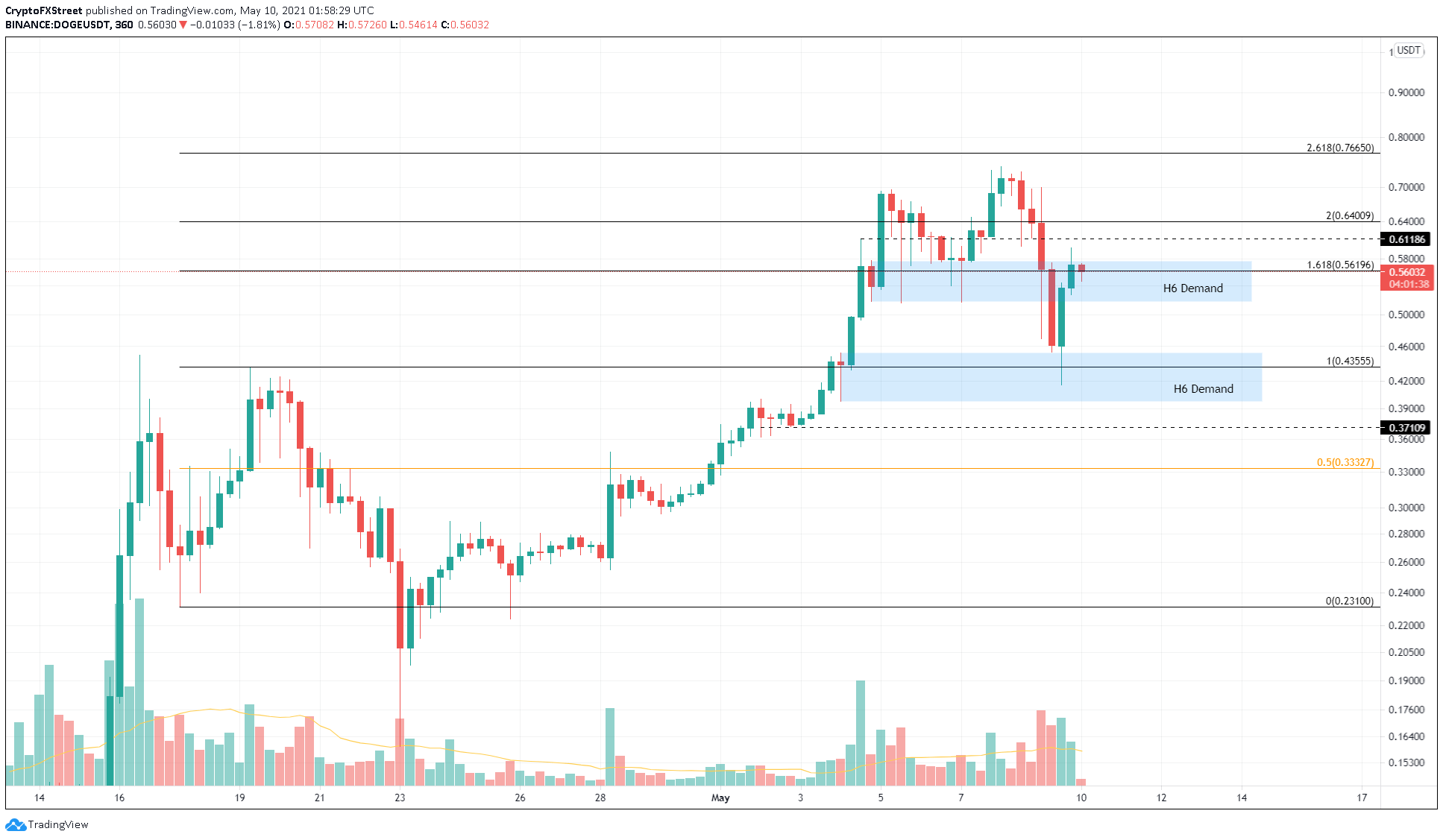 Adding credence to this downtrend is IntoTheBlock’s In/Out of the Money Around Price (IOMAP) model, which shows a cluster of underwater investors around $0.624. Here, roughly 50,000 addresses that purchased 9.12 billion DOGE are “Out of the Money.”

Therefore, a short-term spike in bullish momentum could be shut down as market participants who might want to break even might off-load their holdings, adding selling pressure.

Moreover, the lack of support levels below the current price shows that a bearish move is likely.

Moreover, transactions worth $100,000 or more have spiked from 1,120 to 6,860 over the past month. This 476% increase, which acts as a proxy to whale’s investment interests and often such a rapid increase, potentially aligns with a local top, further confirming the bearish narrative.

While things seem to be looking down for Dogecoin price, the number of new addresses joining the DOGE blockchain has increased from 33,000 to 99,0000 since April 9. This 217% growth in new users joining the network indicates that market participants are interested in the meme-themed cryptocurrency at the current price level.

Therefore, a sudden spike in buying pressure that leads to a decisive close above $0.611 will signal an increase in short-term bullish momentum. However, a breach of $0.704 will invalidate the bearish scenario and kickstart an 8% upswing to new highs at $0.766, coinciding with the 216% Fibonacci extension level.