Sandbox price failed to breakout higher after consolidating between two levels recently. As a result, SAND is retracing to a crucial support level and is likely to continue heading lower.

Sandbox price has been producing lower highs since November 24. From December 6 to December 12, SAND set up three equal highs at $5.64, suggesting the evolution of a consolidation. The December 15 rally attempted to produce a higher high but failed. Investors can now expect Sandbox price to continue its descent.

In this downswing, SAND will encounter the $4.76 support level, a breakdown of which will seal its bearish fate, triggering a Sandbox price crash of 18% to $3.88. In total, this correction will represent a 21% pullback from the current position - $4.95.

If the selling pressure continues to build Sandbox price will reach $3.18, where investors can expect the altcoin to stabilize. 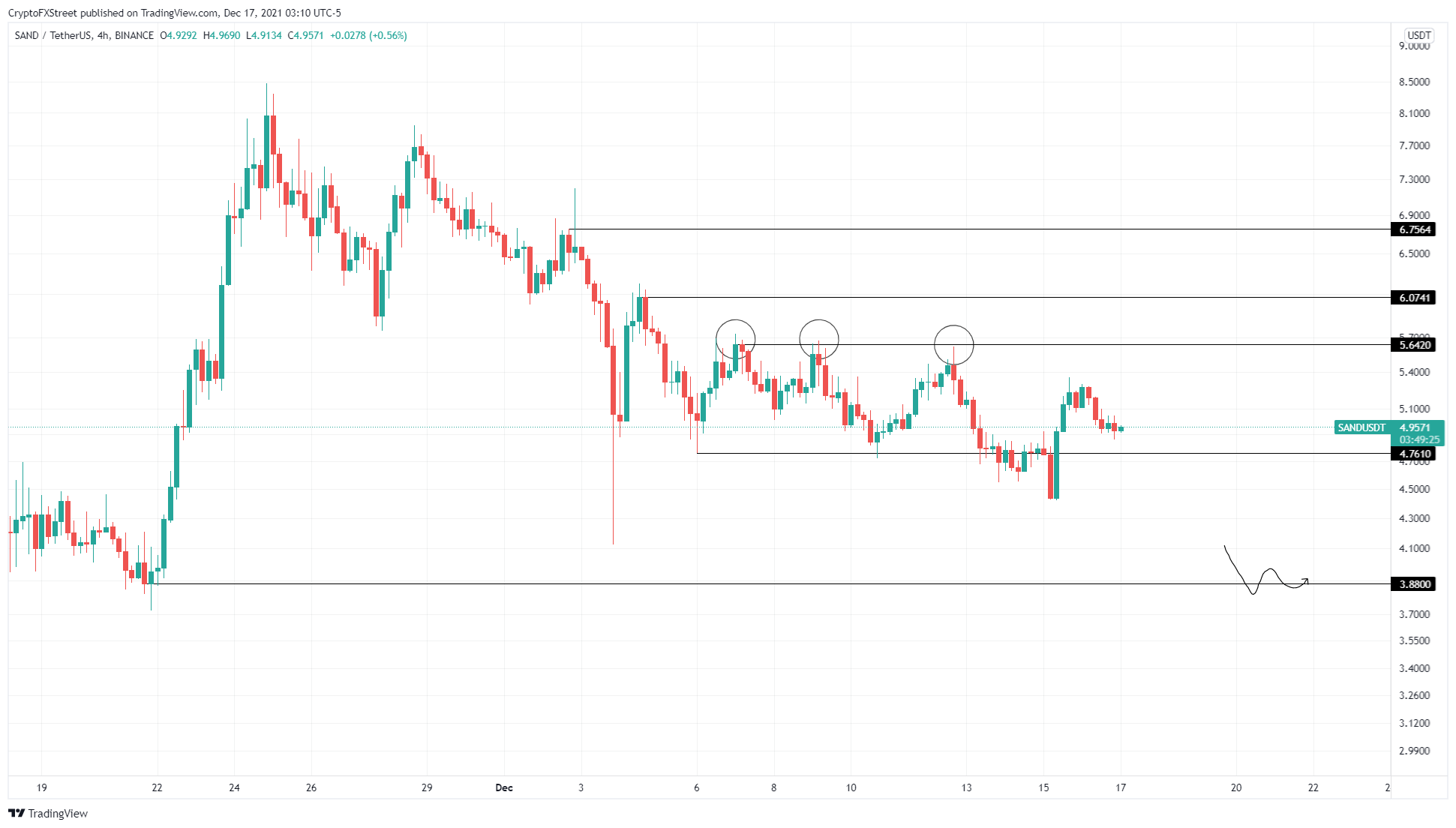 On the other hand, if the retracement witnesses buying pressure around $4.76, there is a chance buyers may make a comeback. Sandbox price needs to produce a four-hour candlestick close above $5.64, to reassert bullish dominance.

This development will not only invalidate the bearish thesis but also set the stage for a retest of $6.07.