SafeMoon price has seen two attempts over the past week to climb past a critical resistance barrier. The failure of the most recent try has led to a downswing to a stable support barrier. SAFEMOON could either bounce here and head higher or slice through it to retest the range low.

SafeMoon price tested the range low on June 22 after a 30% crash. Since then, SAFEMOON has tried to slice through the resistance level at $0.00000338 twice but failed.

However, in case of increased selling pressure at the said support, this might lead to a further decline that causes SAFEMOON to retest the range low at $0.00000257. This move does not invalidate the optimism around the altcoin or the intended target at $0.00000374 as long as a quick reversal occurs. 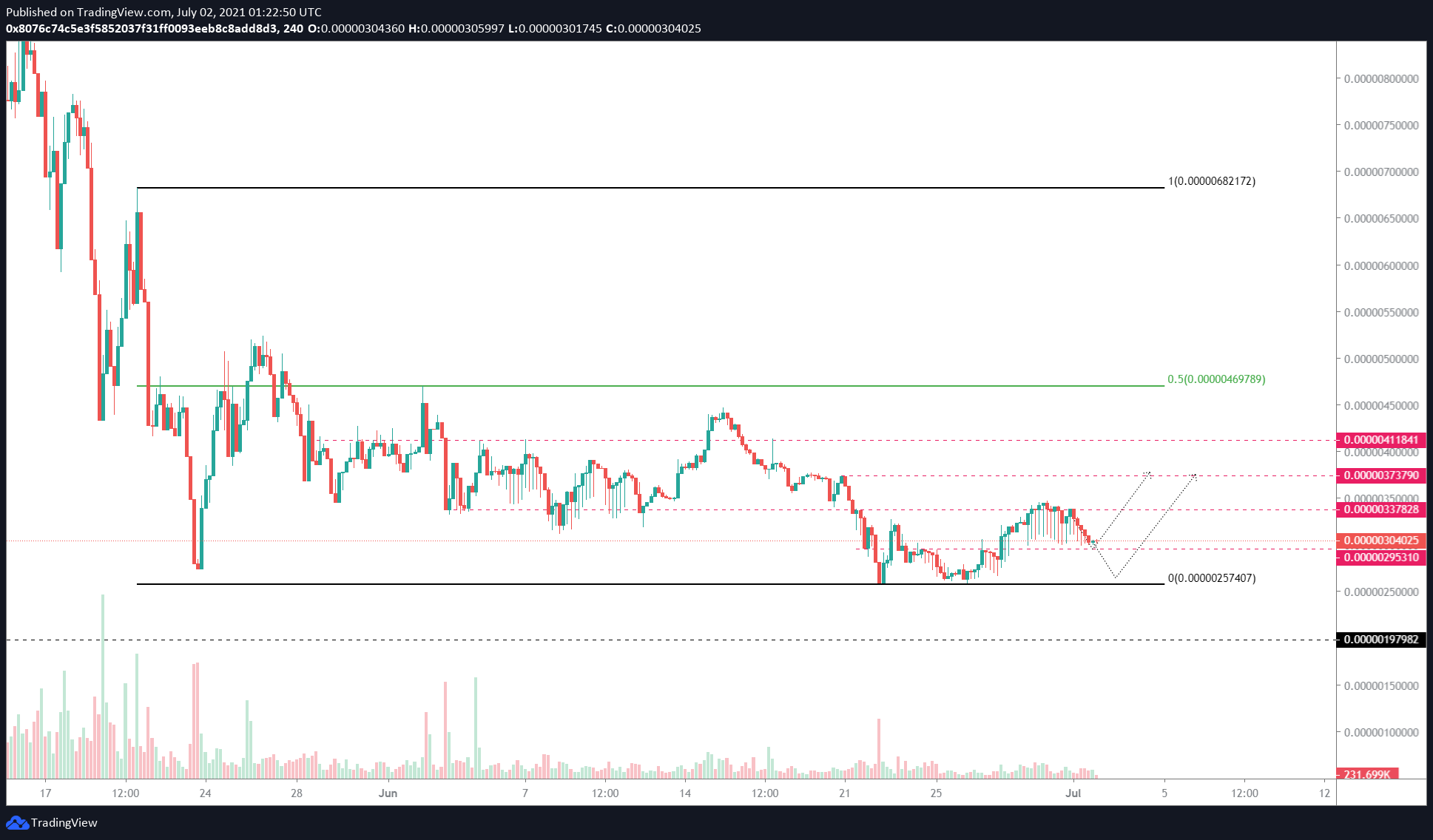 However, if the sellers band together to shatter the range low at $0.00000257, things will start to go awry for SafeMoon price. If the bulls do not act quickly and recover SAFEMOON price, it will invalidate the potential 26% upswing narrative explained above.