SafeMoon (SAFEMOON) price is caught between a rock and a hard place as both bears and bulls  fight it out between the 5-day and the 10-day Simple Moving Averages (SMAs). As price is stuck trading between them, both parties have limited potential to dictate price action. With overall volume drying up too, expect a bearish drop and return to $0.00000102.

SafeMoon set to drop as volume dries up

SafeMoon price looks to be topping out already after the bullish reaction on Wednesday, which  met a ceiling at the 10-day SMA, at $0.00000185. Bears are using the SMA as an entry point to short the altcoin, with  their stops placed safely above it, out of reach of bulls. To the downside, the 5-day SMA at $0.00000173 is seeing a similar phenomenon with bulls trying to keep hold of the level to push SafeMoon price back up towards the 30-day SMA at $0.00000248.

The dried-up volume could be indicative of investors pulling out of Safemoon and reverting their cash into Bitcoin and other major cryptocurrencies. This could lead to a  break of the 5-day SMA, followed by a magnetic pull towards the $0.00000102 support level. Expect support to hold at that level as the thin volume will make it harder for sellers to book profits without the sufficient liquidity to take the other side of the trade. 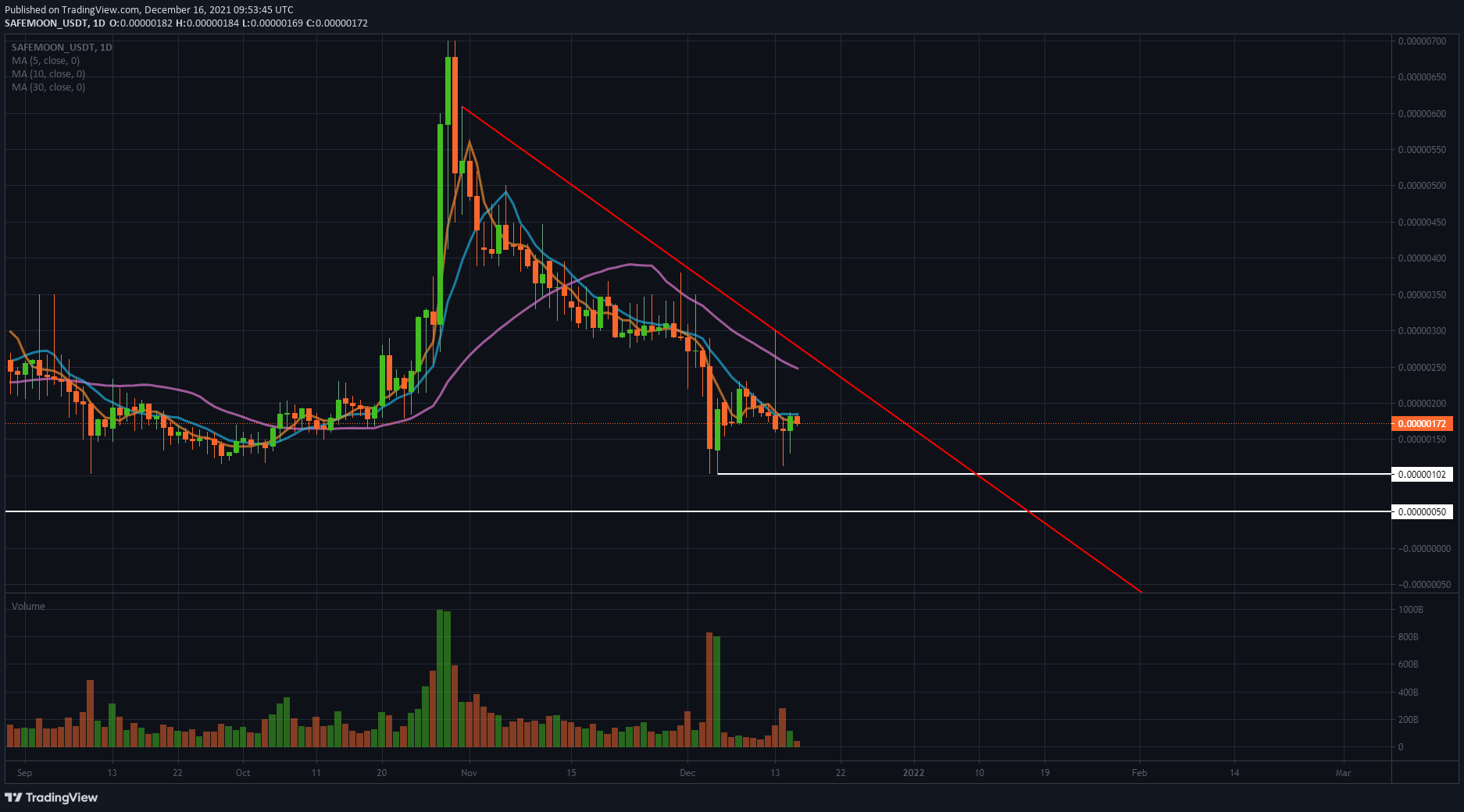 If favorable tailwinds keep building in cryptocurrencies, expect the 10-day SMA to break to the upside and for Safemoon price action to rally up towards $0.00000250 for a test of the 30-day SMA and the red descending trend line. Although a break above is highly unlikely, a test of $0.00000350 could be on the cards if all the stars align, and given the thin volume, whilst a significant squeeze could take effect against SafeMoons’ bears.