SafeMoon price more than doubled after the December 4 crash. The altcoin’s bullish move is currently undergoing a pullback, though bulls are expected to trigger a second leg-up in SAFEMOON.

Going forward, investors can expect the altcoin to see a further drop to the 62% retracement level at $0.00000118. A retest of this barrier is likely to see a surge in bullish momentum, triggering a new leg-up.

The resulting rally is likely to retest the range high at $0.00000196, indicating a 65% ascent. In some cases, SafeMoon price could briefly rise above this level to collect liquidity. 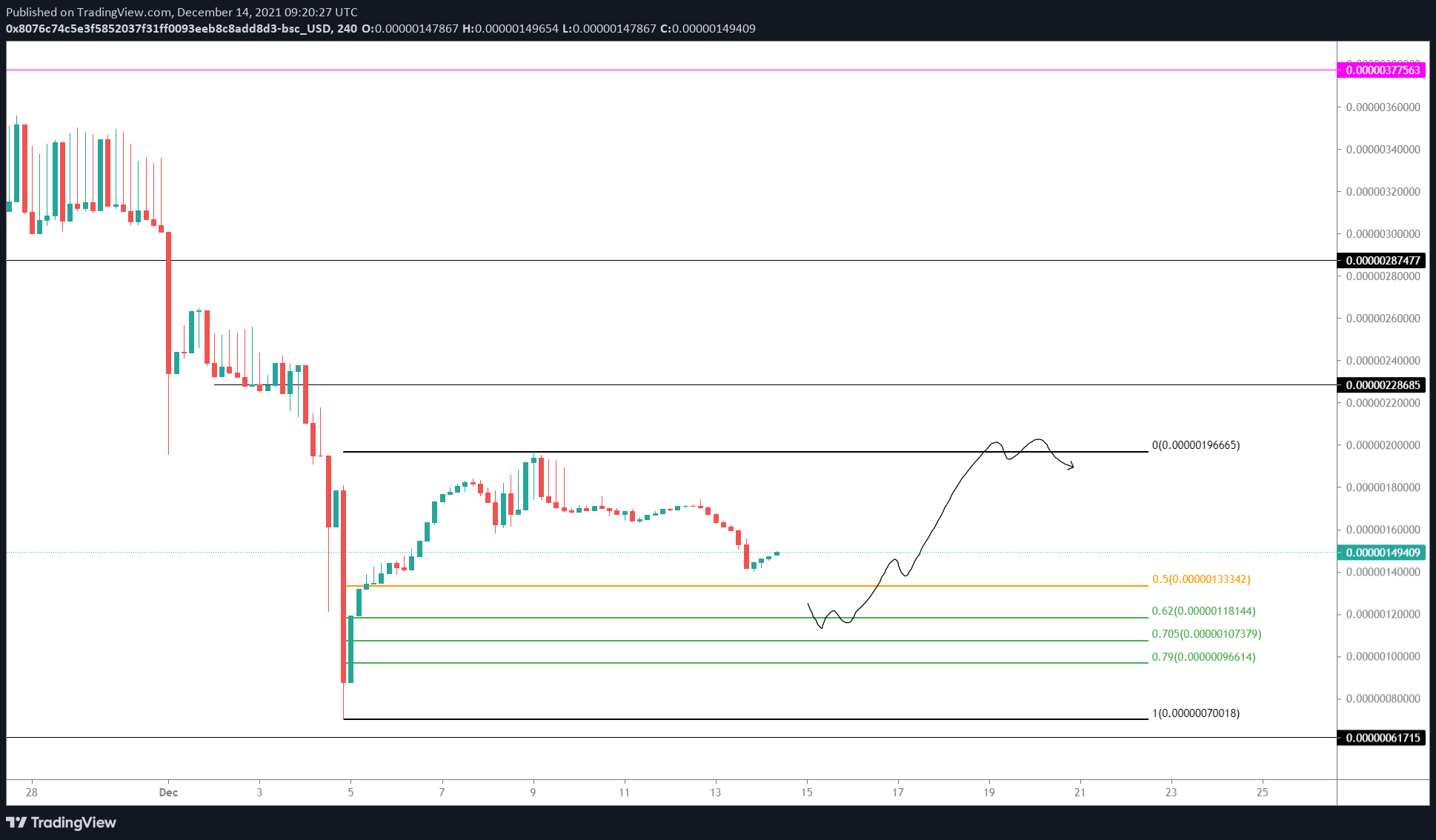 If SafeMoon price fails to hold above $0.000000966, however, it will indicate a lack of buying pressure and increased selling activity. In such a case, SAFEMOON could revisit the range low at $0.0000007, where the bulls may try to mount a comeback.

The posting of a swing low below this barrier, however, will invalidate the bullish thesis outlined above and suggest a further descent is likely.